I was expecting Pokémon GO to come to the lands of the North, Canada, with great enthusiasm. Finally I can explore my city while collecting the pocket monsters. Because Pokémon GO brings a lifestyle change, when it comes to playing a video game. No longer do we sit on our couch to play for hours: we need to actually get up on our feet and take a stroll down the neighborhood to become a successful Pokémon master. Surprisingly, the overnight success that took 20 years in the making, does not have a tutorial. You would think a game of this renown would have a detailed tutorial to explain everything there is to know about the strange world of Pokémon, but no. You will receive a brief explanation by the very attractive Professor Willow (definitely an upgrade from Professor Oak). You get to choose your starter Pokémon between Squirtle, Charmander and Bulbasaur and off you go to your adventures. There is, of course, a rumor you can get Pikachu as your starter. I say rumor because, while many websites describe how to do it, I personally know many people who attempted to follow those instructions and they all failed to get the electric mouse as their first companion. Apparently, you need to walk away four times from the starter Pokémon offered to you and eventually Pikachu will be offered as a choice.

People old and young are playing Pokémon. During my first walk, since my brother and I were holding out our cellphone ahead of us, kids excitingly came to us and asked: "are you playing Pokémon? What level are you? Which team did you choose?”. But they were far from being the only one interested in the world of collection pocket creatures. Actually the only person we saw that evening not out chasing Pokémon were people passing us on their bicycle… and for all I know, they were trying to hatch some eggs! Because there is more to Pokémon GO than to catch all the creatures you see on your screen.  When you arrive at a PokéStop, you will spin the logo of the PokéStop on your screen to get items. And sometimes, an egg will drop.  You will need to place the egg in the incubator and walk around to get it to hatch. Each egg can have either a 2 KM, 5 KM or even 10 KM hatching point. While you only have an incubator, it’s a permanent one so you will be able to hatch all the eggs you want, one at the time.  If you get overwhelmed by the egg to incubator ratio, rest assured you can buy more incubators if you want.

The only part I’m disappointed with in this game is that the combat is not the good old, text-based, Japanese RPG kind we are so fond of, but rather a real time battle where you just attack and dodge. But don’t get too eager to jump into battle. At the moment you will need to visit a gym after you are level 5 to do so. There is currently no way to battle your Pokémon with your friends, which frankly is a huge flaw in this new game from a franchise where battling other Pokémon Trainers was the entire basis. Should you find yourself in the need of attracting more Pokémon to your location, you can always use a lure or some incense.  The incense will work for 30 minutes, and for yourself only.  It will also follow you if you decide to walk around.  The lure will work for 30 minutes as well, but needs to be attached to a Pokéstop. It will attract Pokémon that anyone at that location can catch. Speaking of items you can purchase, your trusty backpack is made to be able to contain a maximum of 350 items at first. You can improve its capacity at the store, should you want to be able to hold more items. While at first low levels you will pretty much only have to worry about Pokéballs, you’ll soon need to balance lures, potions, revives and incenses. At which point, increasing the capacity of your backpack may become interesting. Catching a Pokémon requires more than just throwing a ball in it’s general direction. You will first need to aim, and pay attention to the “catch circle” around the creature you are trying to obtain. A green circle means the Pokémon is easy to catch. Orange means the Pokémon will give you some trouble and red likely means you won’t get it with ordinary Pokéballs. A common mistake people make is thinking they need to move physically to get closer to the Pokémon on the map to be able to catch it. The moment you see a Pokémon on your screen, just tap on it to get the opportunity to catch it: no need to trespass on private property!

After catching a bunch of Pokémon, you will likely want to get their evolution. Well, this game works quite simply when it comes to evolving or leveling up Pokémon.  Each Pokémon you catch gives your 100 StarDust as well as candy of a specific type.  You’ll need StarDust and candy of its own type to level up a Pokémon, or candy alone to evolve it. So don’t get picky, catch every Pokémon you can to get as much StarDust as possible. When you reach level 8, you will be able to obtain Razz Berries as items.  They will make it easier to catch Pokémon, since when you feed them those yummy treats, Pokémon become a bit more tame.

Is Pokémon GO the game that will change an entire generation?  It just might be. The game is fun and easy to pick up by anyone at all: grandparents may use the game to bond with their grand-kids and college students who grew up with the franchise are taking the streets by swarms to collect the pocket creatures. As an office worker, I like nothing more than to have an excuse to go get some fresh air and catch a Pokémon or two! 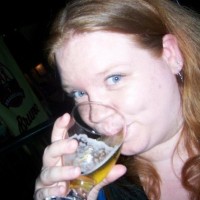 Cokamouse loves cherry flavored lemonade, soft nougat, warm slippers and reviewing iOS games. She also own Pookybox.com where she writes more articles about the wonderful world of gaming on mobile.

Review: Something Ate My Alien – Digging for Puzzles

Review: Stela - Shoots for the Stars and Almost Makes It