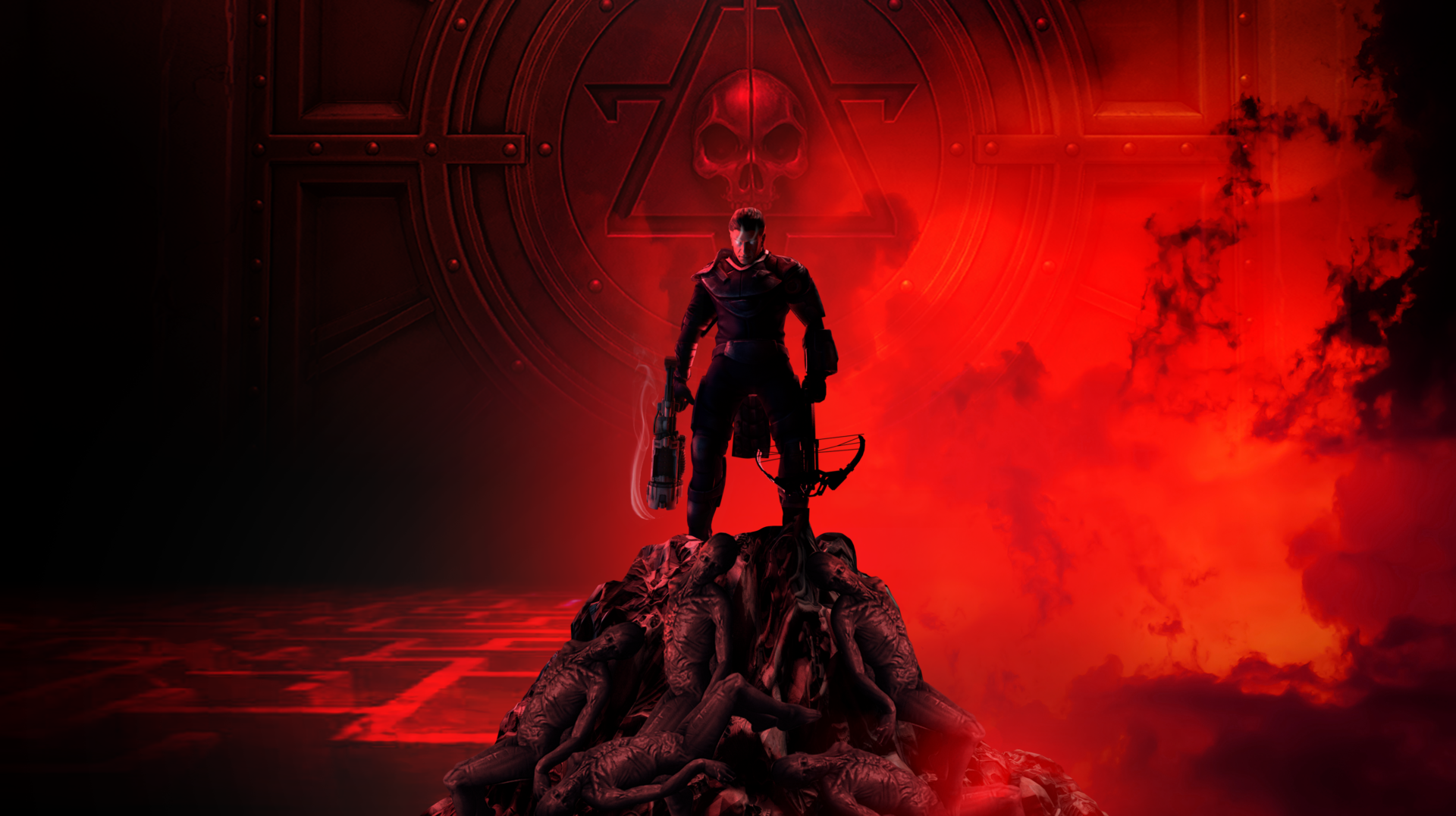 Looking for a first-person shooter where you can lay waste to a bunch of demons and splatter guts everywhere? Scathe could be the game for you. Developed by Damage State and published by Kwalee, Scathe will test your combat skills as you dodge enemy attacks and rid the underworld of pesky demons solo or with a friend.

The gameplay in Scathe is straightforward: shoot demons. Nothing more to it than reaching a door to the next level. With a hint of a storyline when you’re trying to get the Divine Creator a weapon from Hell, you’re sent off exploring the catacombs of monsters. Don’t expect the gameplay to be like Doom, however, Scathe can easily overwhelm you with enemies if you jump right into the fray. It’s by understanding the monsters’ attack patterns and dodging that will save you from a quick death. While you are given ten lives for each run, losing all of them doesn’t mean restarting the whole game. You are simply transported back to a checkpoint level if all your lives are lost, which brings into question what’s the point of losing lives in the first place? Dying in the game world spawns you right where you died, which is nice somewhat, as long as you weren’t being hounded by a bunch of demons.

Scathe layers on the effects of blood and gore by incorporating actions in its moveset. To combat all the blood that splatters when destroying enemies there is a designated button to wipe off the screen. The action is a fun little effect, but taking up the left bumper on the controller gives the impression that the control scheme wasn’t designed appropriately. The dash button uses the right bumper while firing is the typical right trigger. It would have been more beneficial to make the dash the left bumper so the player can fire and move at the same time. The dash animation has the player character cover the screen with their arm and simulate the act of rushing forward, even though the player could be rushing to the side. I thought the player could charge into enemies to knock them around, but it mostly serves as a disorienting experience. You lose track of what you’re focused on when you dash, thus breaking your flow and limiting your want to dash in the first place.

While similar games like Doom reward the player for getting up close and personal and take risks against the enemies, Scathe has no real reward system. When you defeat enemies you can pick up blood tokens that give you points, but any ammo or health to be gained is sparsely scattered around the map. The main focus is scoring a lot of points, which works better if you were playing locally or online with others. Playing single player starts to get redundant, as it becomes the same horde of enemies over and over again. There are almost 50 unique levels to explore, giving you and a friend ample time to slay some demons. The only downside with navigating through the levels is there is no actual map that guides you to the different doors. Icons represent the levels on the map, branching out to other icons, but this doesn’t tell you where to go in the actual level. Most levels are designed well enough so you can easily navigate them without getting lost, it’s only when defeating all the enemies and unlocking a secret door can it be tricky to find.

Scathe expects you to do a lot more exploring than you want to. You will mainly use your standard machine gun that has unlimited ammo and a secondary blast. There are hints of other weapons that you can pick up, but to use the weapons dropped in the world you have to be granted the weapon at a shrine first. Finding shrines feels random, as you can’t tell what the next level will bring. Most of the time you’ll be stuck using the same weapon you got at the start of the game. I did happen to find a shotgun in my playthrough, but unlike the machine gun it had a limited number of bullets, and once it ran out it was unusable forever. Monsters not dropping health or ammo hinders the game to a slow grind, and there’ll come a point where you’ll want to get to the end of the level rather than fight the monsters in between.

The design of the demons in Scathe offer a wide variety, allowing for an assortment of attack strategies. Some enemies rush at you with their scythe-like arms, while others fire at you from a distance. While there are many kinds of designs for the enemies, each type fits within the hellish world, with poison-spreaders only showing up in toxic areas, flying types appearing in courtyards, etc. The problem arises when multiple are spawned at once, turning a unique design into something bland quickly as you destroy an assembly line of death balls.

The audio and music in Scathe could use more focus. If there are too many of the same enemy the sounds they make are compounded onto each other, creating a cacophony of gurgles and snarls. While you’re slaughtering demons, the different gods make comments of your progress, applauding your skill. This adds to the charm of Scathe, but only when it’s not glitching out. At various points it talked about giving me a better weapon, but I never received one. The music doesn’t loop so after a while within a level you are left with splattering sounds that make the world feel empty. The music isn’t anything to write home about nonetheless. It’s mostly a low and quiet steady rumble of drums. It needed something more upbeat, like some screaming death metal, to help me destroy more demons.

Summary: Scathe has simple gameplay with a strange control scheme and interesting level design that offers a lot to explore, but unfortunately the repeating enemies and lack of weapons and abilities leave the game stale.

While it might be fun to bring down some baddies for a few hours with friends, solo gameplay gets tedious. Scathe offers plenty of levels to explore, but without offering the player incentive to continue you’ll want to move onto another after the halfway mark.