X-Morph: Defense is a mashup between top-down shooters and tower defense genres. I am usually quick to write off more of the same, but with X-Morph, players get something slightly refreshing, if not devilishly fun. Flipping the narrative, EXOR studios has created a game that allows gamers to play as an alien race hell-bent on stripping the Earth of its resources. With beautiful visuals, nice voice overs, and a fun play mechanic, X-Morph makes a splash in an overcrowded pool.

The main story involves an alien race that invades Earth and attempts to terraform the surface. It’s a pretty straightforward premise, save for one tiny difference. As mentioned before, the player gets to be the alien race and the mission is to destroy the Earth. It’s quite refreshing playing as the bad guy for once. At times I felt a tinge of guilt for going against my fellow man, but I got over it rather quickly.

If you’ve played a tower defense game in the past, gameplay mechanics in X-Morph will be familiar. Waves of enemies come round after round, with each one growing in size and intensity. Each wave of human assault vehicles is attempting to make it to the alien core which is the HUB of the terraforming activity. As the protagonist, you must protect the core at all costs.

The best way to stop the humans from reaching your base is to set up mazes using towers and turrets which block or reroute the path the enemy can take. The towers can be upgraded over time to become more powerful and more effective against varying opponents. One feature I really like is the ability to connect neighboring towers together, activating a type of electric fence. This feature completely blocks off a given path, causing the enemy to take a longer, less effective route.

Each mission to take control of a specific area consists of five rounds or waves. The game allows players the time and breathing room to think out their strategy in between each wave. There's unlimited time to place towers, fences and deterrents. Only when you’re ready does the next wave advance. This doesn’t make the game any easier, I assure you. A strategy is key since there are limited resources to build new defenses. This forces you to carefully select what paths to block and where to place armaments. When towers are destroyed during attacks, you get the resources from them back at your disposal. You can build more towers during waves, but the action can get pretty crazy and confusing.

Aside from towers, players also control an alien ship full of firepower. The vessel starts out with a simple machine gun-like weapon but can be upgraded in between missions. There are missiles good for airborne targets, bombs tailor-made for tanks, and so on. Upgrading your towers as well as the ship is all a part of what it takes to conquer earth. If your ship gets blown out of the sky, another one is sent out from your base. I found the ship relatively easy to control, but it takes some getting used to as you constantly switch weapons depending on the enemy at hand. Since turrets aren't enough to stop the advancing human war machine, your personal ship is key to winning each battle.

At the end of each mission (usually after five rounds), the humans send in what amounts to a mega weapon. This big bad is what the kids call a boss battle to win the mission. It definitely adds a unique aspect to the game and separates X-Morph from other tower defense games. The giant mechs that the humans send after your base are all different and they take unique strategies to overcome.  There is usually a large amount of destruction happening when you take down a boss and it’s quite satisfying to behold.

With that said, everything is destructible. Buildings and the environment around you can be blown apart and knocked down with enough firepower. This isn’t for show mind you, but rather it’s incorporated into the gameplay as a whole. For example, part of the strategy of the game is to knock out bridges in order to influence the direction of the enemy. It’s not the most realistic destruction I’ve ever seen, but it’s pretty fun regardless.

Like most tower defense games, I did find that X-Morph gets a tad monotonous over time. Regardless of the different weapons and multitude of upgrades, the basic gameplay stays the same throughout. After a while, it can all get a little tedious, especially if you build an incredibly effective defense. The game is still fun, but don’t be surprised if you want to turn it off and give it a rest after a few rounds.

Sound design can make or break a game in an instant. Luckily, the auditory experience only serves to enhance the gameplay. The voiceover talent is pretty great, and you can tell they put some money into it. It does get slightly annoying having everything narrated (both aliens and humans) all the time, but that’s just a minor complaint. From the firing of your weapons to the detail of hitting water versus a building, I was impressed with the quality of the sound.

The game is also graphically pleasing to the eye. The vibrant colors and detailed map all come together beautifully. There are so many games of this nature that utilize the same or similar backgrounds for each level, but X-Morph continually changes it up. With each location and mission, you’re treated to a completely different stage. At one point you’ll be fighting in the middle of a city, and the next, you’ll find yourself in the countryside. It makes you feel like you’re traveling the globe in a pursuit of total domination.

It’s not the hardest tower defense game ever, but X-Morph will definitely challenge you in ways you never imagined. What little shortcomings it may have is made up for in concept, execution, and sheer style. Now admit it, you know you’ve always wanted to play as the bad guy and wreak havoc…I know I have!

X-Morph: Defense is available for the Nintendo Switch. Jordan reviewed the game with a copy provided by the publisher. 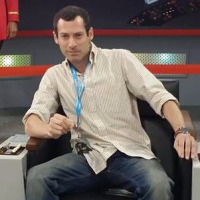 Just a Sci-Fi loving, video game playing, dog parent who will happily get into a discussion on all things geekdom at any time! I love old school gaming and still have my working Nintendo from 1985!! Feel free to shoot me a msg anytime if you want to nerd out with me!

GameLuster's Game of the Year for 2017