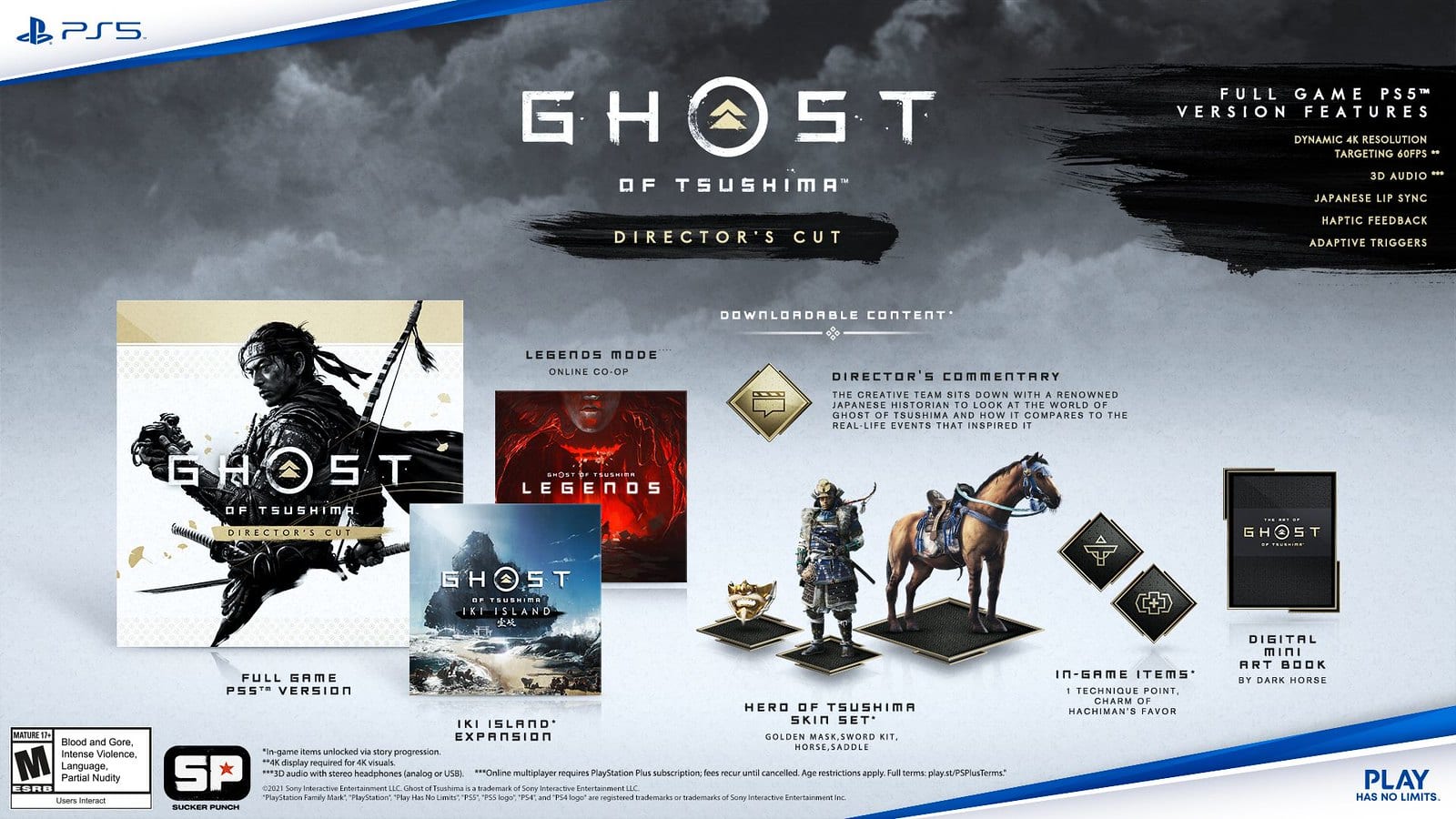 Ghost of Tsushima Director’s Cut arrives on PS4 and PS5 on August 20th, and it gives fans a lot to be excited about. The original version of the game was received well, including by us here at GameLuster. However, the process of obtaining the Director’s Cut through an upgrade of the original PS4 version has left a lot of players confused. This guide will break down what is included in each possible upgrade and how much you’re paying for it, so you can buy the game or use your current copy with confidence knowing what to expect going forwards.

The Ghost of Tsushima Director’s Cut includes an expansion to the main Ghost of Tsushima story set on Iki island with new enemies, a commentary track from the creative team behind the game, a skin set, some in-game items, a digital artbook and the Legends online co-op mode. These will be available to all players who own the Director’s Cut.

The PS5 official release however also comes with a dynamic 4K resolution aiming for 60fps, 3D audio and Japanese lip sync options. It also includes new DualSense features for PS5 players such as haptic feedback and adaptive triggers, to truly get lost in the role of the Ghost of Tsushima. These features are exclusive to the PS5 version of the Director’s Cut. Players who own any PS4 version of the game must pay to upgrade to the PS5 version.

A simple explanation of the upgrade system is that a next-gen upgrade from PS4 to PS5 costs $10, and the Director’s Cut expansion costs $20. As such, here are all the possible routes to accessing Ghost of Tsushima Director’s Cut on your PS4 or PS5.

Of course, the Ghost of Tsushima Director’s Cut can be bought as a standalone title with all content in one package for the RRP of $59.99 for the PS4 version or $69.99 for the PS5 version. No matter what, you can’t escape Sony’s $10 upgrade fee! Hopefully this guide helped you decide how you’ll get your hands on the Ghost of Tsushima Director’s Cut when it releases this August.

They had to make this so complicated

That’s going to be a pass from me. I read that more Directors Cuts games are coming as well.
Greedy Sony, real greedy.