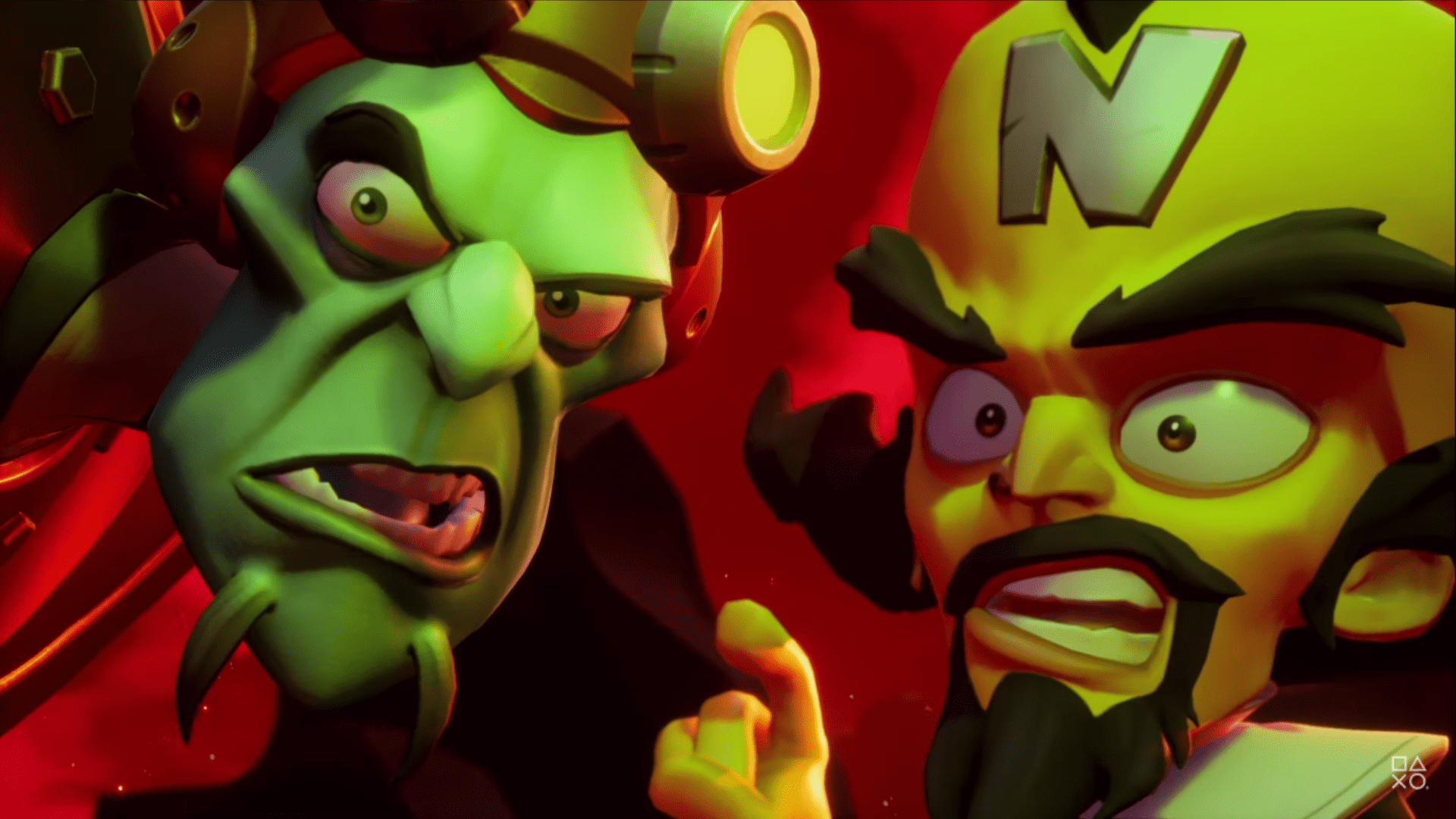 Fans will be able to play as Crash, Coco, Cortex and even Dingodile in the upcoming Crash Bandicoot 4: It’s About Time, as revealed in today’s State of Play. The showcase also revealed new play styles, platforming techniques, and a whole new story.

Confirmed to be a direct sequel to 1998’s Crash Bandicoot 3: Warped, this upcoming platformer sees Cortex and N.Trophy team up to conquer entire dimensions. While it isn’t apparent why fans will take control of the antagonistic Cortex, the trailer did reveal that Dingodile had “retired from a life of villainy and opened a diner” – only for it to be blown up and for him to be sucked into another universe.

Throughout the adventure, not only can players take control of the four different characters (with Cortex and Dingodile appearing to have very different playstyles compared to Crash and Coco), but the newly introduced “quantum masks” will also be used in platforming. As seen in the trailer, one allows players to walk on the ceiling, one slows down time, and another phases items in and out of existence. There will be four in total, with the fourth being kept under wraps.

Developer Toys for Bob also used the opportunity to give us a better look at the new character designs, which are very different from the recent Crash remakes, N.Sane Trilogy and Nitro-Fueled, appearing much more cartoon-y. They stated that more of an emphasis has been put onto the animated cutscenes, which appear to take inspiration from Toys for Bob’s other venture, Spyro Reignited Trilogy with its incredibly expressive character animations.

Further still, we got a peek at the level designs, which appear to be a more “lived in” version of the world of Crash we were used to in the original, tying it to the older games, while establishing it as a sequel.

While we won’t know until we get our hands on it, Toys for Bob claim that Crash Bandicoot 4 will remain loyal to the original unlike earlier Crash sequels, stating: “We made sure to incorporate the classic tense, precise and perspective shifting platforming that we all fell in love with.”

One change, however, is the brand new “N. Verted mode.” This feature introduces new ways to play a level once it has been completed normally, such as submerging it underwater, and speeding it up, as well as completely overhauling the visuals on it.

Lastly, Toys for Bob yet again appeared to try and dispel rumors that Crash Bandicoot 4 will contain microtransactions. As they showed off dozens of new cosmetics, they stated “there’s no MTX [microtransactions] here. Skins are earned through completing different challenges and earning gems within the levels.” Rumors initially spread when the Xbox marketplace for the game included a “contains in-game purchases” warning, further fueled by Crash Team Racing: Nitro-Fueled adding microtransactions post launch.

Crash Bandicoot 4: It’s About Time is set to release for PlayStation 4 and Xbox One on October 2, 2020.