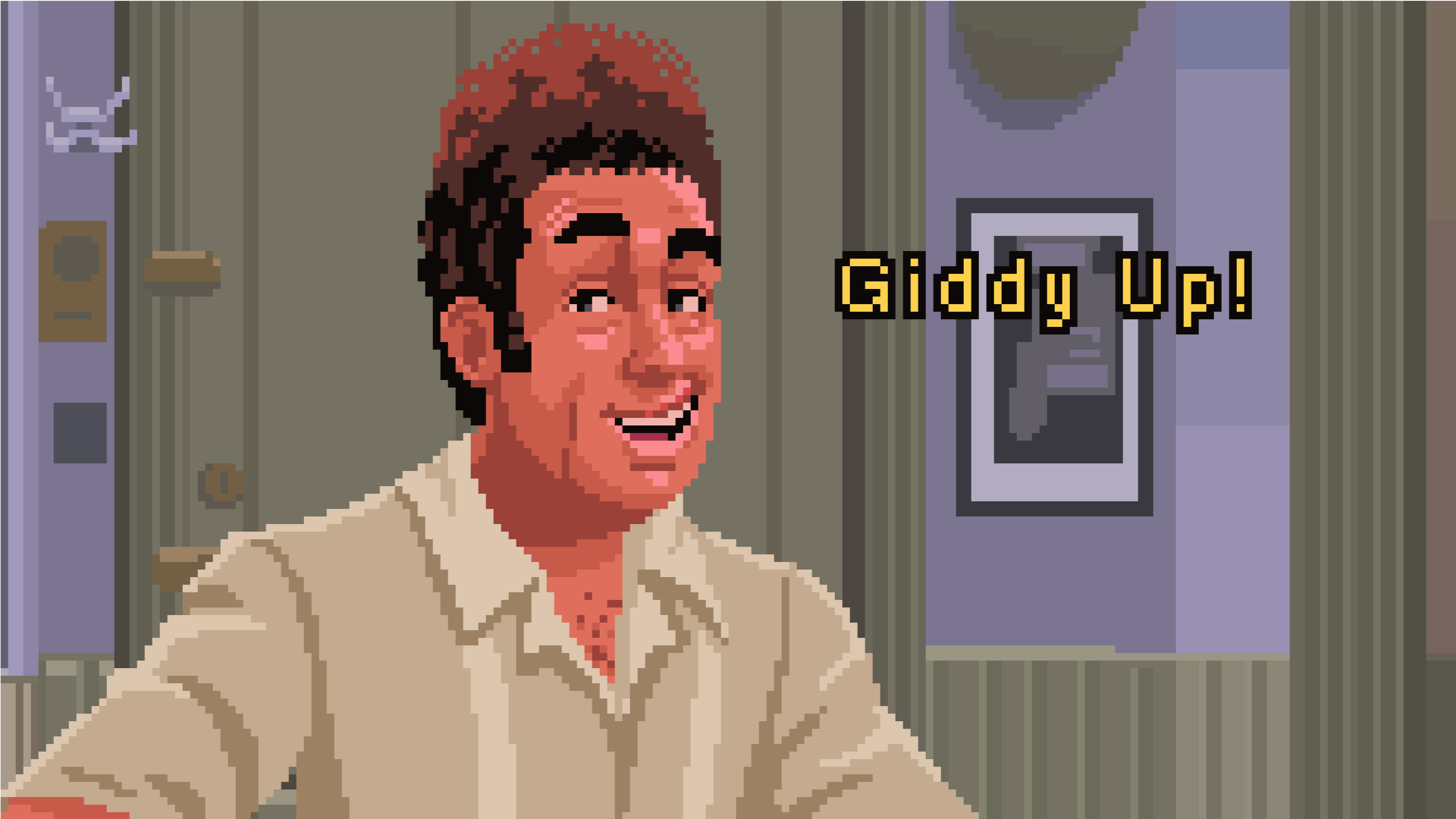 What would be cooler than getting to step into the shoes of Jerry Seinfeld himself? Absolutely nothing – at least according to Jacob Janerka and Ivan Dixon, developers and producers of the unofficial pitch for Seinfeld: The Game.

After the idea was pitched on several sites, including IGN and Reddit, Janerka and Dixon have presented their idea to the Internet in the form of an absolutely stunning trailer for their proposed Seinfeld game. Check it out here:

Seinfeld: The Adventure, advertised as a “game about nothing” would be a point and click adventure set in the world of the popular TV show. Players would be able to control Jerry, George, or Elaine (but not Kramer – as the trailer says, nobody can control Kramer) as they visit familiar locations, interact with a variety of characters, and collect and use iconic items.

Janerka, developer of the 2017 point and click title Paradigm, and Dixon, who directed Childish Gambino’s “Feels Like Summer” animation, are hardcore Seinfeld fans who would love nothing more than to bring Jerry and the gang to life in pixel form. They envision the game as a tribute to classic titles such as King’s Quest and Monkey Island, some of which were released during the period when Seinfeld was initially airing.

The hypothetical Seinfeld game would be released in episodic format. The first episode, which the pair has already brainstormed, would feature Jerry dating a publicist, which would lead to his e-mail inbox becoming filled with spam. Jerry, George and Elaine would need to seek the assistance of Newman in order to solve the problem and save Jerry’s relationship – or, at least, his publicist girlfriend’s ability to score him exclusive movie tickets.

The team acknowledged that Jerry Seinfeld himself is reluctant to create or produce any more content related to the show. However, the pair are certain that a video game would be perfect for the continuation of Jerry’s adventures. They hope that a viral Internet-based marketing campaign could catch Seinfeld’s attention.

Why have they taken to the Internet to pitch their project? They believe that the Internet can prove that Seinfeld is still relevant, even twenty years after the show went off the air. As they pointed out, Netflix recently bought the streaming rights for the series for half a billion dollars. “We need you [fans] to share this far and wide if you would like this to happen,” urges the “unofficial pitch”.

Learn more about Janerka and Dixon’s idea at www.seinfeldgame.com. Fans are encouraged to share the trailer and Tweet using the hashtag #seinfeldgame in order to help the pitch reach a wider audience.