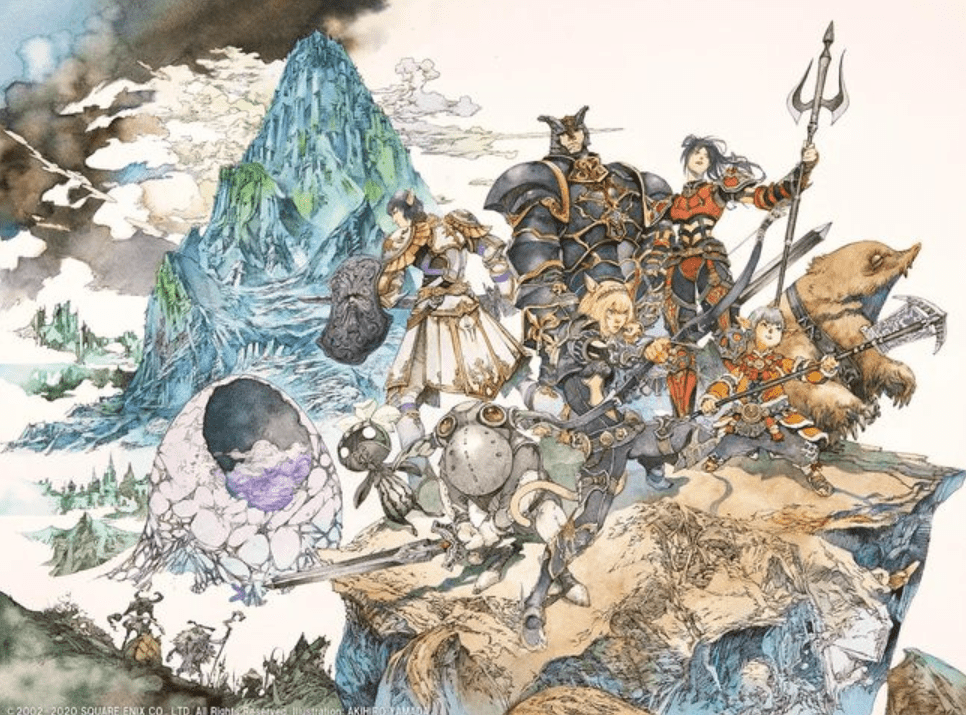 Initially released in 2002, Final Fantasy XI represented developer Square Enix’s first foray into the massive multiplayer online role-playing game (MMORPG) genre. The game, which released for PlayStation 2, Xbox 360, and PC, takes place in the fantasy world of Vana’diel. Although it features an original plot, common elements of the Final Fantasy series are included — for example, an elaborate job system and the ability to ride, raise and race adorable birds called Chocobos.

Although XI is still regularly updated with small patches, including bug fixes and quality-of-life updates, however, no new story content has been released since 2015’s Rhapsodies of Vana’diel, which was billed as the final installment in the game’s plot. Additionally, support for all PlayStation 2 and Xbox 360 servers ceased as Square Enix chose to focus on the second MMORPG in the series, Final Fantasy XIV, which initially released in 2010 before seeing a much more successful re-release in 2013.

Now, Square Enix has changed its mind. In a post on an official FFXI forum, producer Akihiko Matsui revealed that new plot content was coming after five years of silence. The original story, appropriately entitled The Voracious Resurgence, will release over several updates, with the first one dropping in just a few days on August 6, as part of Patch 5.3.

Matsui explained that players would have to complete Rhapsodies of Vana’diel to begin Resurgence, indicating that it will likely be high-level content. He provided only a few hints regarding the new update’s story, but did reveal that it “explores a side of Vana’diel, which has never come to light.” The story will reportedly center around mysterious hooded figures and mystical eggs which have suddenly begun appearing around the realm.

Concept art designed by Akihiro Yamada showcases a party of adventurers facing down one of the eggs, which has shattered into pieces to reveal an empty interior. One of the party members seems to be utilizing the Beastmaster job, which Matsui clarified will be receiving a re-balancing as part of the August update.

Also, Square Enix will be hosting a “Return Home to Vana’diel” campaign to encourage players who might have taken a break from Final Fantasy XI to return to the game and get caught up before the release of the new story. Previous subscribers who have ended their subscription to Final Fantasy XI will be able to play the game for free from August 7 until August 17. To qualify for this campaign, you must have an account with its status set to “Cancelled” by August 4. Additionally, people who previously subscribed via their PlayStation 2 or Xbox 360 must transfer to the game’s PC servers, as they are the only ones that remain active and supportive.

But wait, there’s more! To celebrate the release of a new story after so much time, Final Fantasy XI will be hosting a series of summer campaigns and events which all players can join in and celebrate. Both the Green Festival and the Sunbreeze Festival will be held throughout August, while exclusive summer-themed Alter Egos, power-ups, and login bonuses will be popping up throughout the month. Finally, new players will be able to snag an exclusive discount on their first month of subscription if they sign up for Final Fantasy XI during August.

Whether you’re a new player or a long-time resident of Vana’diel, you can enjoy the brand new Final Fantasy XI story beginning in just a few days. Are you excited to jump (back) in? Let us know!