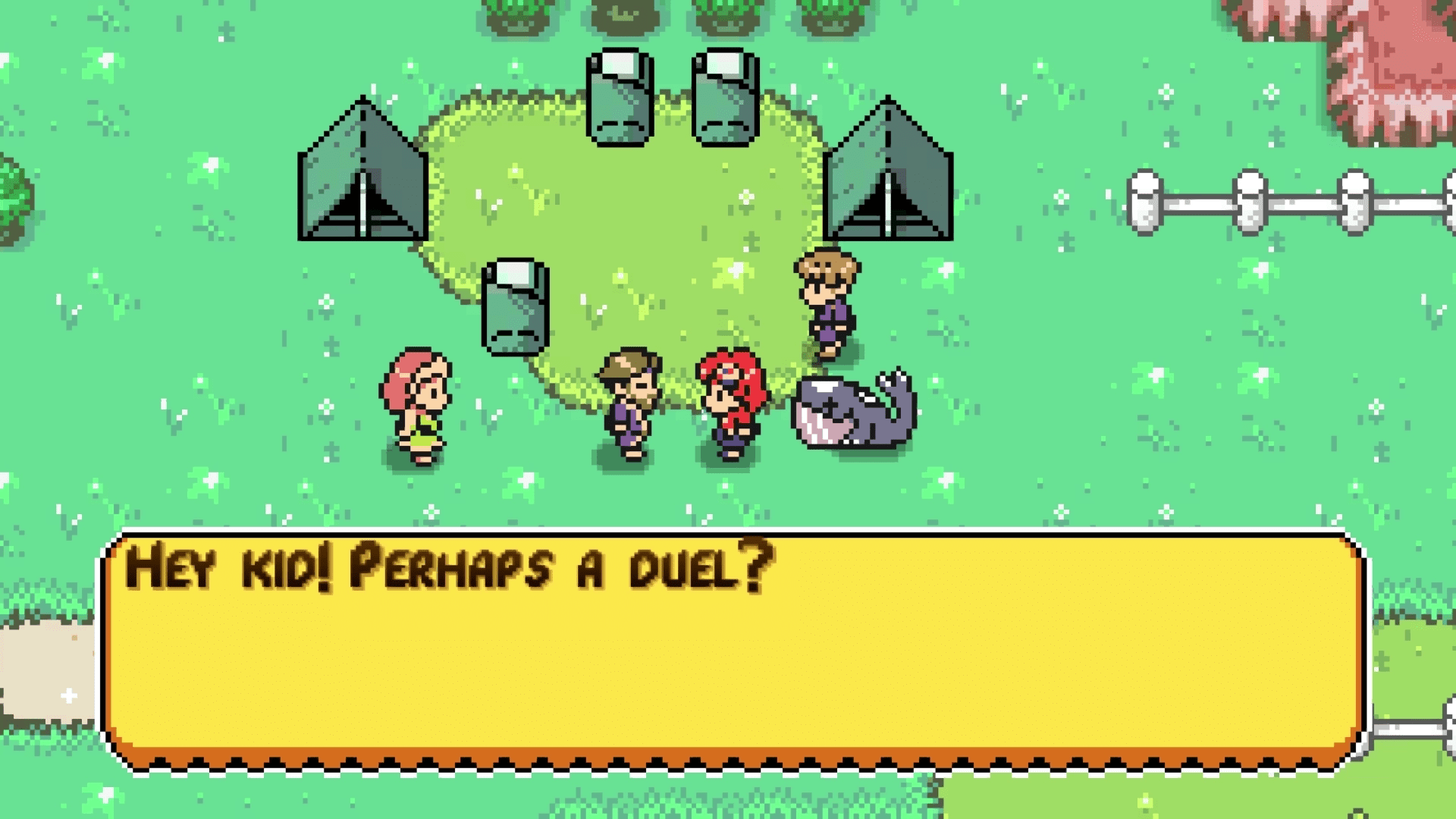 Have you ever found yourself looking at a Pokémon game and thought, “This just isn’t grimdark enough for me?” If so, your desire for a monster battling RPG with heavy moral choices and genuine interspecies crossbreeds may well be fulfilled with Monster Crown, a new title hitting Early Access on Steam today.

Produced by one-man indie Studio Aurum, based out of Newfoundland, Canada, Monster Crown appears to be a passion project brought to life. Crown Island is a place where people don’t simply catch monsters with pseudo-magical brainwashing spheres, they have to make bargains with them. It’s not enough to say, “Please don’t eat me!” You have to get it in writing. Of course, once you’ve got that contract, you can engage in duels with other people who’ve made similar bargains.

Even better, the announcement claims that you can create entirely new species of monster (and probably negotiate new contracts) by crossbreeding different species. With over 200 different base monsters to try and sign up, there’s plenty of opportunity and genetic material to play around with to create your ultimate abomination.

Of course, you’re not going to be rambling across the countryside like a punchy hobo and picking fights for the thrill of competition. According to a press release on the game, Crown Island has a long and bloody history of awful rulers and over-the-top heroes with a sizeable body count behind them. The current megalomaniac is a young lady with a thirst for power, and your actions will either land you squarely in the “hero” column or put you in the history books as the harbinger of something far worse.

In the announcement, the developer says that players will face difficult moral decisions with no “safe” answers and no immediate indication of whether or not they’ve done the right thing. And even after you defeat the final boss, the developer lists an endgame in the list of features, which will show you the sort of world you and your wildlife mercenaries have inherited.

Currently, Steam is offering the game with a 10% discount, so if you’re looking to satisfy that Pokémon/Witcher crossover itch, now’s your chance.