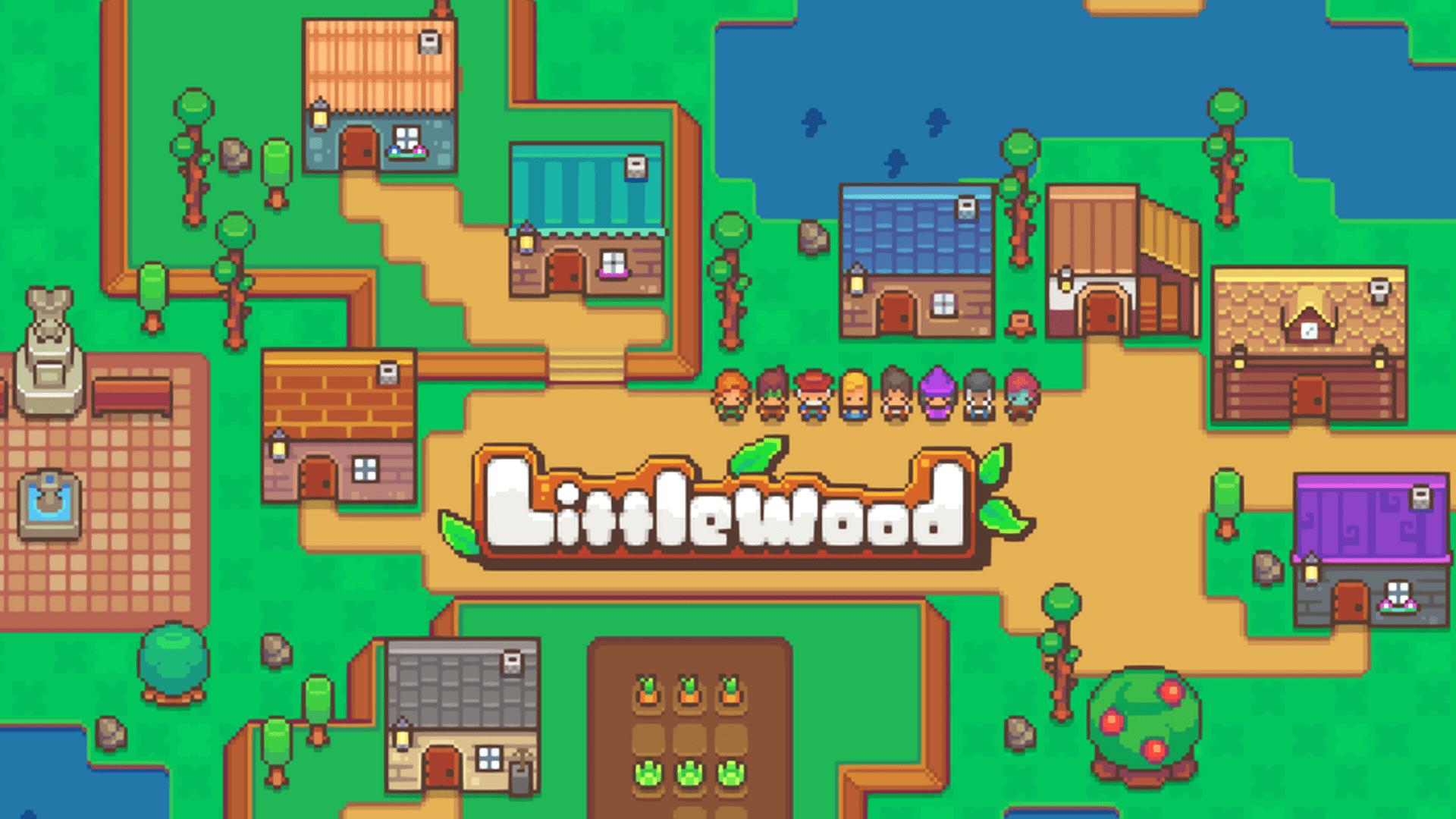 Backing a game on Kickstarter always feels like a bit of a gamble. You pay for the idea, and there’s never any way of knowing if the concept you’re pledging towards will live up to its promises, or if you’ll even get the project at all. Back in January 2019, a Kickstarter launched for a peaceful RPG by the name of Littlewood. The game had actually been available to backers since last year, but only recently did it officially celebrate its 1.0 launch. And as a backer of Littlewood, I’m happy to say it lives up to every promise it made.

The premise of Littlewood is that there was a great battle in the kingdom of Solemn. The Hero of the realm defeated the Dark Wizard once and for all, and peace was restored. Now that the dust has settled and things have calmed down, we better start rebuilding. You play as the legendary Hero and with the help of your former adventuring partners, Willow and Dalton, begin the construction of a small town. Naturally you get to name your hero, your town, and even pick what title you want to give yourself. I went with John, Littlewood and Councillor, respectively.

On the surface, Littlewood has a lot in common with other life simulation games like Story of Seasons or Animal Crossing. It’s clear that the creator, Sean Young, drew a lot of inspiration from titles like those, but definitely put his own unique spin on things. Since you’ve been given the task of rebuilding, you can shape the town as much as you want, however you want. You can build cliffs, pathways, ponds for fishing, and have complete and easy control over where everyone’s house goes. By meeting certain requirements, more and more townsfolk will come to Littlewood, allowing you to build more houses and more businesses. Near the start of the game, Dalton will give you the blueprints to make a desk, and you’re going to want to put this in everyone’s house, as it allows you to access every townsfolk’s personal wishes. Usually these just let you know how they want their house to be decorated, but also might help you decide how you want to organize your town, as each townsfolk usually wants their home close to a specific place. For example, one of Willow’s goals is for her house to be close to yours, and Bubsy the bird man prefers to stay close to the town tavern while also having his home on the highest possible cliff.

Speaking of the townsfolk, it’s important to talk to all of them each and every day to raise their affection towards you. When townsfolk like you, they may give you blueprints to craft new furniture, and raising their levels will also unlock special events with them. These are usually just cute little scenes where characters talk to one another in the town square. Once someone decides they want to move to your town, they’ll give you the blueprint for their house, and once you build that they’ll be officially moved in. I was able to recruit a cat boy named Toby to move into my town, but I wasn’t able to get the ingredients necessary to build his home at the time. So he just kind of hung out while not being an official resident yet. With the exception of the old man, Dudley, you can date pretty much every townsfolk in Littlewood. Aside from talking to everyone once per day, you can dish out a single compliment to someone for some bonus affection. I recommend using this on whoever has the lowest level, or simply whoever you most want to date. On my playthrough I primarily wooed a half-orc woman named Zana.

Littlewood features a bunch of skills that you can level up simply by performing the actions. Selling stuff at the market raises your merchant skill. Fishing gives you fishing experience. Cutting down trees increases your woodcutting level, etc. While it is very satisfying to see those numbers go up, there doesn’t seem to be much advantage to it. There are some special unlocks for hitting milestone levels like opening a magic treasure chest when you hit level 50 or getting a new tool from Petunia when you reach level 30 in bug catching, but raising your level doesn’t appear to make you any more proficient in the skill. It doesn’t lower your stamina use for doing the skill or grant you any bonus items when performing it. There are ways to do both of those things, but they’re accomplished by getting better tools or using your materials to upgrade your town businesses.

Unlike most other titles in this genre, Littlewood doesn’t really have an in-game clock, at least not one that works like it does in other games. The length of the day is determined entirely by your stamina meter. This means that shops are always open, and you never have to lose a large portion of your day running around looking for whichever villager you want to give all the smooches. There is a daytime/nighttime system, but night will always come once you’ve used up about 3/4ths of your stamina. For better or worse, Littlewood is a game where you really have to decide what you want to do with each day and focus exclusively on that. If you need wood, you may as well dedicate your day to going into the woods and primarily cutting down trees. You won’t get as many materials if you decide to do all the daily fishing, farming, and bug catching in town. You should also make the most out of each day. Once your bar is filled, the game will give you a warning that you’re getting tired, and that’s the only time you should go to bed. Just don’t push yourself past that or you’ll suffer a heavy stamina penalty tomorrow. And when there are so many tasks one can choose to do in a day from farming for materials to playing a fun trading card game, once you decide what to do with your day, they can go by pretty quickly.

And that’s basically all there is to Littlewood. Expand your town, raise your skills, and befriend your townspeople. The lack of a clock that puts each day on a timer makes this one of the most relaxing games of this genre I’ve ever played, and there’s so much to do with nearly every aspect of the game. You want to make all your villagers like you so you can see all their events. You’ve got their checklist of requests for their homes which compels you to collect blueprints and gives you a nice side quest. You can collect materials to upgrade buildings in town, offering more options and rewards to make the game easier. The gameplay makes it easy to pick up, the pixel art style is cute and charming, the characters all have their own little quirks and I never once felt like I had nothing to do. If you’re a fan of life simulation games, Littlewood is a fantastic entry and provides something new and unique, while comfortingly familiar.

John reviewed Littlewood on Steam with a code provided to Kickstarter backers. A Switch version has also been announced.

Littlewood is a charming and calming life simulation game that's perfect for newcomers and veterans to the genre. The amount of sidequests to do and stats to raise prevent the game from ever feeling like you're just going through the motions.