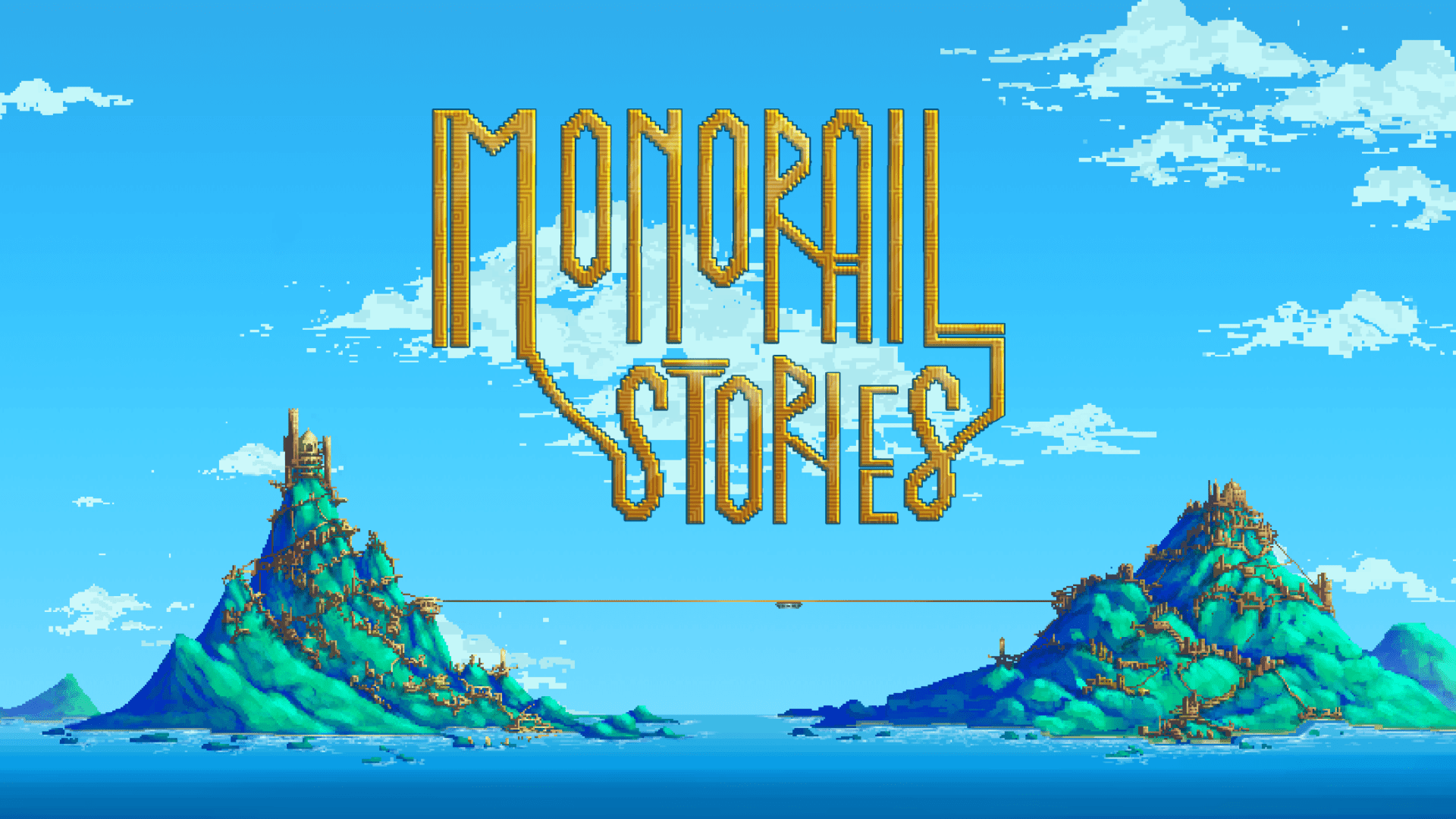 Sometimes a game can completely exceed expectations. And it doesn’t even have to have the best hyper-realistic graphics, vast open-world maps, or crisply designed locations. Sometimes stripping a game back to the basics and just being plain fun, enjoyable and no fuss can truly deliver. That is absolutely my experience with Monorail Stories. It is the perfect game for just hopping in to find out what ending you can achieve, learn how your decisions impact the story, and not have to waste hours on end trudging through the game until the finish line is in sight.

Monorail Stories is centred around, you guessed it, stories on a monorail. In particular, you play as Silvie and Ahmal who commute on the monorail between the Cities of M and L, but going in different directions, so their paths aren’t crossing. Silvie is at a crossroads in an uncertain relationship, whereas Ahmal is an easy-going banker. Each day and time see them surrounded by a colourful cast of characters who they can interact with and guide the story, which is shaped depending on your choices. I love that your choices genuinely matter as what ending the playthrough takes is entirely down to you and your decisions throughout Monorail Stories.

The first aspect to catch your eye is the stunning pixel art style Monorail Stories has. My first thought was honestly that it was like a modern Habbo, bringing back some nostalgic memories. However, once you get into the gameplay, the design is so crisp, full of life and beautifully animated. Despite the primary setting being the monorail, it is surprisingly beaming with life and goings on such as the planes flying by out the window in the background. This makes Monorail Stories feel incredibly grounded and vast, which felt important given that as mentioned, the primary location is the monorail, so there are not a whole lot of scenery changes.

Also on the animation front, I adored the immense attention to detail from Ahmal adjusting his tie, to the changes on the TVs, and the other characters adjusting or moving slightly. It gave the whole setting a sense of life and realism from the hustle and bustle of the morning commute. The animations are also incredibly smooth when you are walking around as Silvie and Ahmal. Sticking with the visual components, there are subtitles which are perfect for sound-off viewing whilst also not obstructing the gameplay. The controls and gameplay themselves are incredibly easy to get a grip of but are also able to keep you on your toes with quick-time questions or actions which influence the story. After each day, you receive a wrap-up on your decisions as each character, which is something to keep an eye on with subsequent playthroughs.

The music throughout felt upbeat and well-matched with that bustling commute feel but was also not distracting in any way. The voice acting really impressed me as it was believable and the personalities and emotions of the plethora of characters were excellently conveyed.

With any story-based game, the characters need to be compelling, and I found that to be the case with Monorail Stories. I love how with each playthrough you feel you learn more and more about Silvie and Ahmal as you can dig deeper into different aspects of their character depending on your choices. For example, in your first commute with Silvie, her friend Mark enquires about Charlie, Silvie’s partner, and Silvie is noticeably reserved about their relationship issues. This piqued my interest and in my first playthrough, Silvie ultimately bonded with ‘Shady Girl’ who was named Ramona and this resulted in a budding friendship and implied relationship as they took a trip to Phi, where Silvie is from. In one of my playthroughs, Charlie is also revealed to be a girl, however, I don’t know if this is dependent on the choices you make. The diverse array of characters each had distinctive features and tropes they fit into, such as the mom and her son Bobby, the Cat Lady, and the Grumpy Old Man. There are also named characters with complex personalities such as Yosefka the nurse who works long hours and is asleep on several of the commutes. Overall, the characters, their backgrounds and stories are relatable and reel you into wanting to dig deeper, anyway, you may be surprised by whether they conform or rebel against their given trope! Monorail Stories can also be humourous at times, but I liked how it didn’t bombard you with jokes and opted for more off-the-cuff remarks which again deepen the characters’ personalities.

The only minor gripe I had with the characters is that I wish some of their names would update to their actual name instead of their trope as you learn more about them. A notable example was that Ramona’s name was not changed to Ramona on the subtitles, but stayed as Shady Girl. However, this could be a one-off issue as the child’s name changed to Bobby once you learned that.

Monorail Stories does not sacrifice on the titular stories either. With each commute, you’ll have little puzzles or tasks to complete for yourself, fellow passengers or monorail employees. These require you to interact with other objects or characters and uncover more about them. I also found that there are multiple ways to solve parts of the tasks, such as when catching the Cat Lady’s precious feline, either Silvie or Ahmal can rescue it from the vending machine and interact with different characters. A key part of completing tasks and interacting with different people onboard the monorail is that it can boost or decrease your friendship with them which will influence the ending. There are multiple different endings, so with all these points, I have found Monorail Stories to be incredibly replayable, especially as there’s a multiplayer mode. If you encounter a choice in green, this means it will end the game, with mine being the choice to go on the flight with Ramona. In my playthroughs, the whole game took place over the course of a working week, as it obviously takes place during the work commute.

The sole qualm I had with the story was the Icarus mission. This is a dramatic turn in the story as there’s a bomb onboard the monorail, except you don’t find out until the end of the section. On this day you frequently alternate playing as Silvie and Ahmal whereas you typically play as each twice a day – in the morning and the evening. Given the urgency of this task, I found it weird that each time you’d go back to the other character, they’d be back in their starting spot again when each time you’d be going to the intercom to progress the story.

I encountered very few glitches or other issues when playing Monorail Stories, with the ones I did face being incredibly minor. The first was that the animation faced the wrong way on one occasion when I was petting the cat, and I clocked that the subtitles were incorrect by using the wrong tense in an interaction. These are obviously not significant, game-breaking, or have any influence over the experience or gameplay at all.

Overall, Monorail Stories‘ simplicity and stripped-back approach combined with fascinating characters, a stunning art style, replayability, and an interesting storyline make it a complete joy to play solo or with friends in multiplayer mode.

Holly reviewed Monorail Stories on PC with a review key.