The Steam Game Festival Spring Edition is now live with more than 50 different game demos to try out.

From March 18 until March 23, anyone looking for something free and fun to do while being stuck at home can enjoy a personalized gaming expo. With the Game Developer’s Conference being canceled due to concerns surrounding the coronavirus, indie developers have turned to Steam in order to get samples of their games in the hands of players.

The multitude of available demos includes several exciting and anticipated titles such as Eldest Souls, Carrion, Spiritfarer, Garden Story, Skatebird, Roki, and a whole lot more. Playing any of the games available is as easy as logging in to Steam, navigating to the Game Festival’s page and downloading any game that tickles your fancy.

The Steam Game Festival: Spring Edition features dozens of demos available to download and play, as well as other highlighted games from the Indie MEGABOOTH, The MIX, Day of the Devs and WINGS.

If you are not sure what games to download, you can scroll around to find that several of the demos on offer are being played and live-streamed by their respective developers. This way, you can get a demo of the demo while hearing developer commentary as well.

This is actually the second Steam Game Festival to take place within the last few months. Last year, during the Game Awards in December, another Steam Game Festival was held. Several of the games that were featured then are being featured again now, but there has definitely been an increase in the number of available titles. Some of the games have even been released already, which gives you a chance to try playing a game you might have considered purchasing.

As the world and the game industry continue to adjust and react to the coronavirus, it will be interesting to see how upcoming games are showcased. Even if the virus scare dies down soon, companies could choose to do more things like the Steam Game Festival in order to reach wider audiences than those that travel to gaming expos. 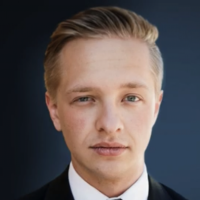 The December Playstation Plus games have been announced