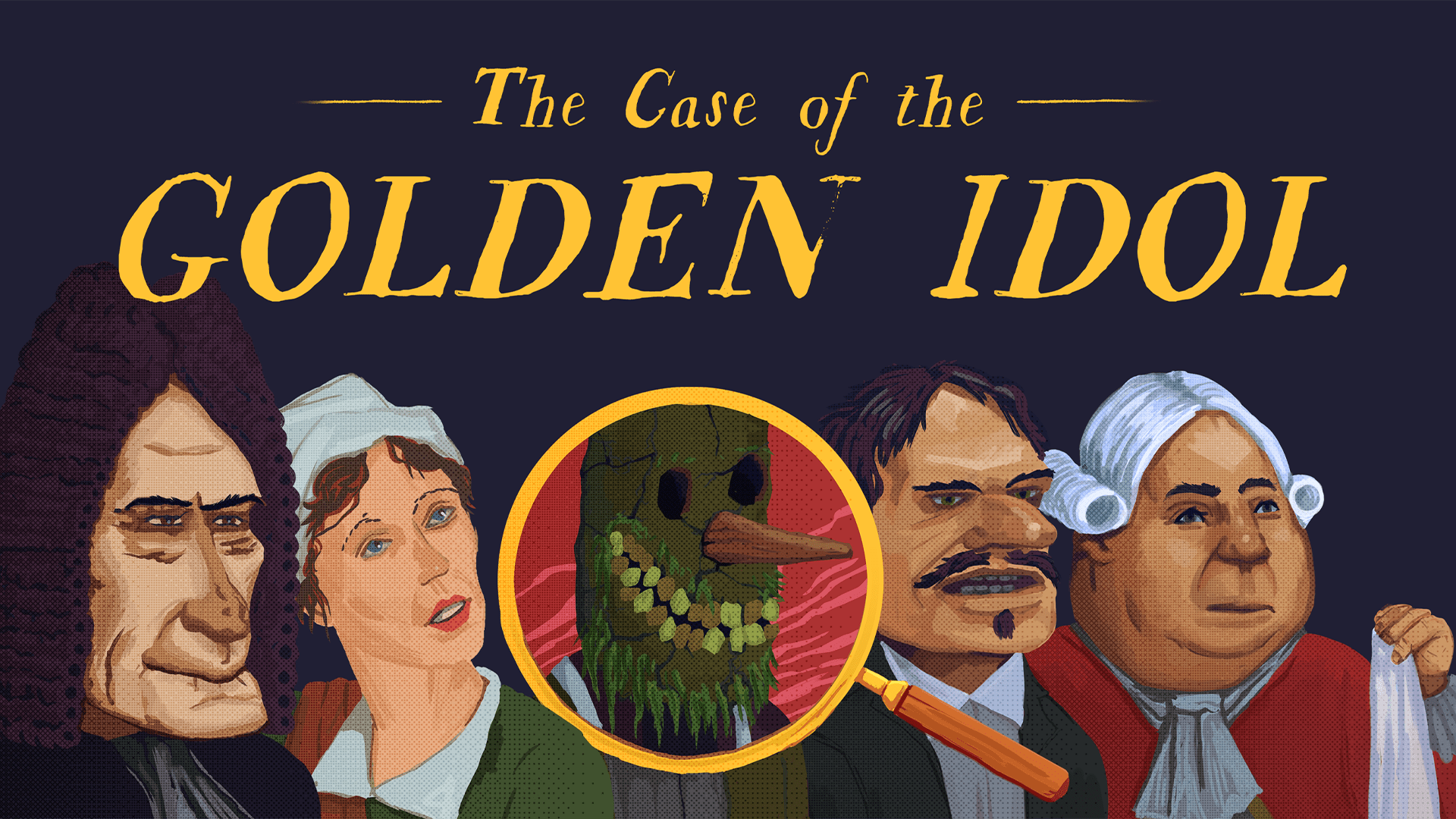 There are 36 clues to find in this chapter. They can be divided into two categories, people’s names and murder methods. The clues are:

It is recommended that you start by identifying the characters who appeared in the previous chapter. Rose Cubert, Edmund Cloudsley, and Peter Battley can be found in the dining room, with Lady Cubert as the chapter’s unfortunate victim. Letters found around the house reveal that the other two dinner guests are Mary Richards and her father Lothar Richards, so the young woman is Mary and the man in the large wig is Lothar.

There is one more person in the room, a male servant. Two male servants are mentioned in documents describing the house: Brian Walker and David Gorran. Gorran was seen in previous chapters, and this man does not match his appearance, so he is Walker.

The young servant in the downstairs hall can only be Little Pip due to his size. This leaves the two female servants. A document discussing servants’ duties reveals that the cook has the last name Smith and the maid’s is Baker, and the woman holding the broom, who must be the maid, has a letter in her pocket addressed to Ada. Thus the sweeping woman is Ada Baker and by process of elimination the woman cooking is Lucia Smith.

Next, identify which guest was sitting at which seat at the table so you can determine which liquid was poisoned and how Rose Cubert ended up drinking it. The red liquid is wine, the dark brown is brandy, the yellow and clear are non-alcoholic drinks, and the cloudy liquid is tonic. A note in Edmund Cloudsley’s safe indicates that he must drink tonic and cannot drink alcohol, so he is sitting at the head of the table. We know that Cloudsley insisted Mary sit next to him, and Mary does not eat meat, so she is sitting at Cloudsley’s right.

A note held by the servant Brian Walker reveals that Peter Battley bribed him to be seated next to Mary, so he must be the person seated on her remaining side. This leaves two seats, belonging to Lothar and Rose. One of the last seats has a cigar in front of it, and only Lothar had cigars in his pocket. This means that this seat is his and the remaining seat is the unfortunate Rose’s. She is drinking wine and tonic, but many people at the table are drinking wine, so the tonic must be what was poisoned. But it’s unlikely she was the intended victim, as the tonic belonged to Cloudsley, who survived only because Rose drank the tonic before he did.

As the tonic was kept in Cloudsley’s safe, the murderer must be a servant, as the guests did not have the necessary access to Cloudsley’s house and keys. Although it may not seem important at first, the key to determine which servant is found in their room assignments. There are four rooms and a rolled-up mattress above the kitchen. The mattress is filled with stolen items. Little Pip has a stolen cigar in his pocket and considers stealing the guest’s coats, so this sleeping arrangement must be his. Calling the top room room “1” and moving downward, Room 2 has a racy novel inside it called “The Laceless Count.” Lucia Smith is mentioned to enjoy racy novels, so this room is hers. Room 3 has a letter addressed to David Gorran in the cabinet, so it must be his. Room 4 has a book of fables, and the note Brian Walker wrote to himself references fables, so he must sleep there. By process of elimination, Ada Baker sleeps in Room 1, at the very top of the house.

A note found inside Room 1’s cabinet bears the message “Remember to take the fourth one from every row.” Since Ada is that room’s occupant, this naturally applies to the letter in her pocket. (If you need a further hint, a book in Cloudsley’s office mentions secret codes such as this one.) Taking the fourth word from each line of Ada’s letter reveals the following message: “Use substance to remove target. Sincerely, Darkhand Steward.” This conclusively identifies Ada as the killer, and her method of accessing the safe as the false keys hanging out her window in a bag (as she did not have the safe key on her person.)

Using this information, you can fill out the chapter’s scroll. The completed scroll for Case 5 reads:

“Darkhand Steward wanted Edmund Cloudsley dead, and thus Ada Baker poisoned the tonic and hid the necessary key in a bag. At the dinner party, Rose Cubert ingested the poison and died.” 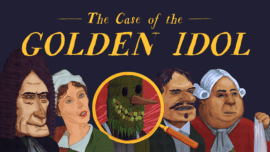