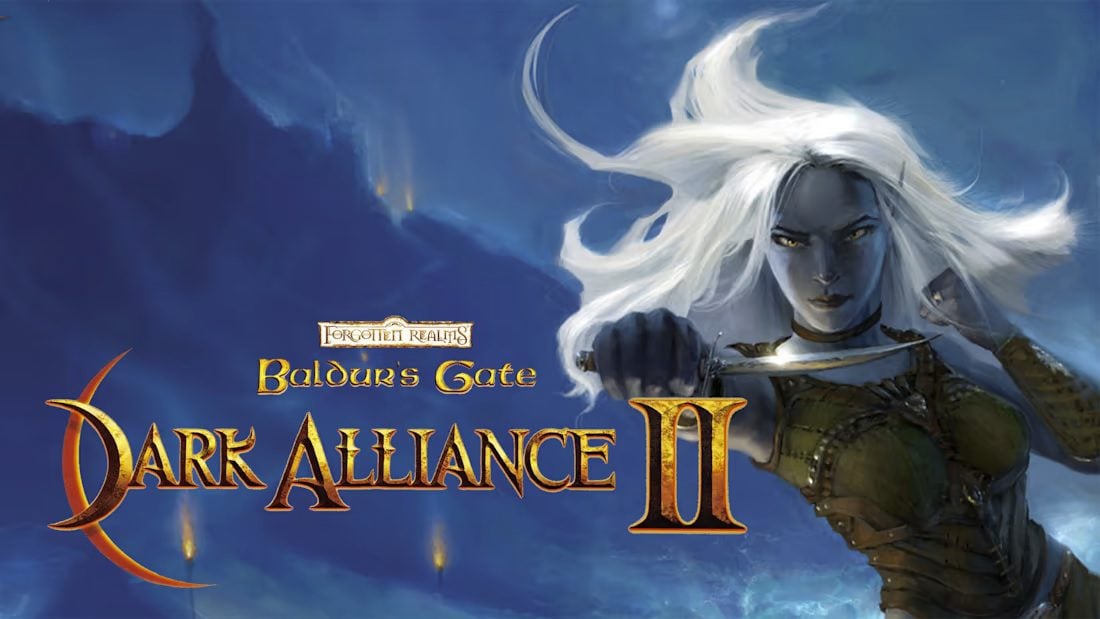 Dungeons & Dragons has been the main inspiration for many video games or even fundamental RPG game design concepts. Many titles have implemented D&D mechanics into their design over the years, and franchises such as Baldur’s Gate have been directly inspired by D&D modules and adventures. In the late 90s, there was one thing that most of these D&D-inspired games had in common; They were made for PC.

In 2001 and 2004, we saw the first Baldur’s Gate titles that were released for the PlayStation 2 console. For the games to appeal to the PS2 audience, these titles simplified the complicated systems inspired by AD&D second edition and focused on a fast-paced ARPG with simpler controls and customizations. Today, we are taking a look at the recent port of Baldur’s Gate: Dark Alliance II on PC. The game was developed by Black Isle Studios and Square One Games Inc, and published by Interplay Entertainment for Steam and modern consoles.

Baldur’s Gate Dark Alliance II was originally released in 2004, and for those who enjoyed this ARPG or similar titles back in the PlayStation 2 era, the game will be a lovely and nostalgic journey. But does it still hold up for me or others who didn’t play the game back in the day?

I’m a big fan of retro games. So the opening cinematic had me quite excited. There’s something charming about early 2000s graphics, and Dark Alliance II starts strong with a mysterious cutscene in which three adventurers are captured by demonic forces. The voice acting sounds great, and the epic music of the title menu is exhilarating.

When Dark Alliance II starts, we are in the middle of nowhere, and there is no hint of a tutorial at all. I spent a few minutes reading through the controls, which are simple enough, and I imagine they would be quite easy to guess if I was playing with a controller, but still, the absence of tutorials didn’t leave a good first impression of the game. I eventually started exploring the map and interacted with an injured trader who was attacked by marauders, and she sends us to rescue the others who were captured.

The controls need some getting used to, and I had to change some hotkeys around until I was comfortable with my settings. Spell casting seemed even more complicated that physical attacks, but eventually I found my footing, and got to experience better combat encounters.

We traveled to a cave full of goblins and started our search for the captured traders. Killing goblins one by one seemed pretty easy, especially since I could summon a skeleton to tank for me. I leveled up, and got to choose new spells. In classic D&D fashion, we have many options to choose from. But Dark Alliance II is not designed for us to pick every spell. We only have four hotkeys for our main spells and abilities and even though casting more spells is possible by scrolling through them, the controls suggest that I focus on a few active abilities and upgrade them as I level up.

After a while, we started to face multiple enemies at once. This ramped up the difficulty quite significantly. Even with the help of my skeleton, I could be easily overwhelmed by multiple enemies who would stagger me and interrupt my attacks. At this stage, I didn’t have any AoE spells, so I had to carefully aggro the enemies one by one, and take them out at a safe distance. As I played solo, I don’t know if playing co-op will increase the difficulty, but these sections in the early game made me think that they were designed for two players.

I eventually got through the opening zone of Dark Alliance II, rescued the traders, and traveled to the infamous city of Baldur’s Gate. The part of the city that we have access to seems quite small, but we can speak with multiple NPCs, and take on different quests, and the game starts to feel like a proper RPG. After talking with NPCs and doing a few side quests, I started to realize that while the voice acting is quite good, the sound design of the game as a whole fails in comparison.

Sometimes the sound effects were too loud compared to the music. Certain maps seemed too quiet and yet enemies’ attacks and movement sounds would give me a jump scare. I eventually decided to adjust some of the volumes in the settings, and yet when I got back to the main menu the title music would be at maximum volume. Inconsistencies such as this lead to me constantly lowering and raising the volume on my headphones in different situations.

After doing some side quests, the main gameplay loop became apparent. I would go to different maps, explore and kill all the enemies, and get back to the city for the next step of the story. The combat seemed to get more manageable as I leveled up and I could face multiple enemies at once, and each boss would have various moves that I needed to dodge. Baldur’s Gate: Dark Alliance II doesn’t compare to more modern Action RPG games, but it holds up for its time.

The story seemed to be the most enticing aspect of Dark Alliance II. Discovering the roots of evil in the city, and learning about the villains’ deeds and plans gave us amazing cutscenes and voice acting, but they were too far apart. As we got to the later stages of the game, enemies were just larger pools of hit points that we had to grind through in long and multi-layered dungeons in order to progress the story. As much as I was interested in the classic D&D story, the gameplay eventually became a burden that I had to endure.

Baldur’s Gate: Dark Alliance II is an old game, and it’s starting to show its age. The graphics look great for the time, and the story and the voice acting lead to exciting and memorable cutscenes. But the gameplay fails in comparison and brings down other aspects of the game. Maybe the nostalgia factor or playing co-op with a friend can offer a fun experience, otherwise, it might not be worth your time and money.