PC Review
August 6, 2014 Ben Friar
After playing many survival/horror/zombie games since buying my PC a few months ago such as DayZ, Rust, The DayZ mod, State of Decay and other such titles, I feel that Unturned is definitely one of the most fun. It's also a great value for money (being free to play of course) and with time and updates, it could be one of the best of its kind.

Its charming graphics' that are crossed somewhat with Roblox and Minecraft, added with the survival and horror genre make it a somewhat new and fun way to play. I've now played it on Steam for 8 hours (most of which with friends) and I'm completely hooked. The only current problem is that the game is not currently optimised to any systems, and even with a high range gaming PC the FPS is fairly low when playing with higher settings.
The game so far feels like it still has lots of things to do, even though I have played it for a while and being in its alpha state, means that things can only get better. I only have 2 out of the 15 available achievements, with most of them requiring you to do a bit of scouting work around the map. The controls of the game are very generic (to some this is not a bad thing) and could be compared to Minecraft such as WASD to move and TAB being inventory and crafting.
It has a decent sized map (pictured below) and takes a little while to explore, and the crafting system is very polished, being able to turn a run down barn into a well armoured fortress within a few minutes.

This does not however make the game easier, because the zombies are generally difficult to escape from when cornered in a small town, because they are fast and come in high numbers. Even with the best melee weapons,  they take a few hits to take down and also deal quite a fair bit of damage to you. With ammo for guns being very scarce, you are often limited to just using your melee skills keeping you on your toes whilst scouting for good loot such as ammo, armour and construction materials in nearby towns and military bases.
The vehicles are very densely populated around villages and roads, but they are limited. Most of which have no gas in them and are smoking from the front hood, meaning that they are close to exploding. This can be fixed by keeping a gas cannister and a blowtorch handy (which can be scavenged in most places) and finding a silver gas pump to fill up the can. The driving mechanics are very simple but effective, being WASD to drive around, and the mouse lets you look around the cockpit.
The multiplayer is the best aspect of this game in my opinion, because you can do everything as said above but with your friends in a co-op style manner. You could be looting a town being chased by 20 zombies whilst your friend flies in and comes to your rescue James Bond-style. There is a good PVP aspect to the game, but unlike most games in this genre, you can actually choose what you want to do. With Unturned, you can play either on a PVP server, or start your own and let your friends join with the IP of your server with PVP off.
Overall the game is well worth the small memory that it takes up on your hard drive, and is very polished and amusing to play even in it's early access stage. Its extremely fun and whilst most people would say that it is a copied game, I think it is probably one of the most fun and with it being free, it is definitely one you should think about.
Tags: game, pc, Review, unturned 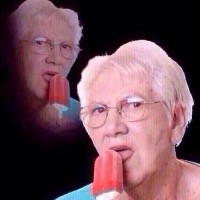 I live for games and a healthy lifestyle. Fallout and The Elder Scrolls are my favourite games!

South Park: The Fractured But Whole is coming this December

The morality of Bioshock 2