Wolfenstein: The New Order is an action-adventure first-person shooter video game developed by MachineGames and published by Bethesda Softworks. It was released on May 20, 2014 for the PS3, PS4, X-360, X-One and PC.

It is the 1960s, you are William “B.J.” Blazkowicz and you’ve been brain dead for 14 years. After you fully recover you find out that the Nazis rule the world after winning World War 2; where you fought for America and you now seek the resistance to take down the Nazis. As soon as you begin the game you are still fighting in World War 2. After a pretty lengthy prologue you come to a point where your squad gets caught by the Nazis. This is where you meet a delightful German villain who forces you to choose which squad member you will save, although this doesn’t affect the games storyline that much; depending on the character you save you will be able to open unique doors or activate unique cutscenes. Apart from that the game still plays exactly the same no matter which squad member you chose to save. 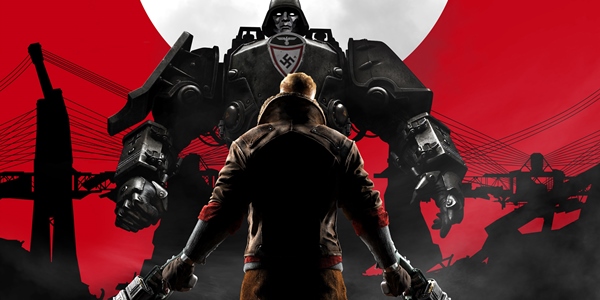 The story has it’s strong points, with excellent characters who are voiced perfectly, even though some of the German accents feel forced at times. Apart from a disappointing ending that seems to set up a sequel, the campaigns story feels like a Tarantino movie that will keep you glued to the screen. There are four difficulties you can choose from which give you the possibility to lengthen your time accordingly. While playing through the story you will have some excellent gun shooting music to back you up, but that isn’t where the soundtrack shines. You can find German remakes of classic songs like from the Beatles amongst other popular names, with the ending credit song being so beautiful NEARLY making up for the disappointing ending.

Level design will make you look around quite a few times if you’re a big fan of history (especially the 1900s). It is very creative even though most of the shooting sections are in small rooms. The game will take you through levels of hidden inventions underwater which gives a Bioshock feel even though it is for a short period. You will also play through an asylum, bunkers, prison camps, sewers, a collapsing bridge and even the moon which is one of the best levels in the game and really makes you feel you are there. The graphics are also nice on the eyes. Using iDs RAGE engine; the game definitely gives you a RAGE vibe throughout the game especially when you’re in the sewers. The graphics really help the level design shine. Backgrounds are done great as well – even though the graphics aren’t as beautiful as inFamous Second Son or Killzone Shadowfall they still feel like next-gen.

Gameplay is swiftly done and make you feel like you’re in the game from the second you shoot your gun, sneak up on your enemy or throw your knife into the heart of a Nazi. There are your usual set of guns, (assault, sniper, pistols, shotguns, machine guns) but you can dual wield them all – even your snipers! This makes slaying down the Nazis even more enjoyable. You can also detach turrets and use them or pick up ‘turret’ type guns of bigger enemies. You also have two sci-fi type guns that are battery powered. Guns can also be upgraded by finding upgrades hidden throughout the game that make your weapons even more useful.

You can play through most levels being stealthy or go in guns slinging – the game doesn’t force you to pick either one at any point apart from a few little sections. The levels are also pretty big, meaning there is a lot to explore resulting in finding ammo, health or armor. You can peek from the side of any wall to help you pick off enemies, and you can even stealthily take down dogs if they haven’t noticed you yet. There are also various type of enemies, each one being different to the next. You have your standard weakest enemies which you see the most of – which there are two off, dogs, robot dogs, robots, mini bosses and captains who can call in extra enemies if you haven’t dealt with them before they notice you.

Captains can also reveal some collectible locations within the level if you stealthily take them down. There are a lot of collectibles, but they aren’t just collectibles. For example: the letters you can find and read are emotional and filled with what people were going through/doing during the war both Nazi and non Nazi. Enigma codes can also be found; once you find them you can unlock extra game modes to really lengthen your play time and your moneys worth. These modes “999 Mode” (starting the game with only 999 health and unlimited ammo. “Walk In The Park” where all your huds are disabled where you must rely on your survivor skills. “Hardcore Mode” all health and armour pick ups are disabled from the game. Lastly “Ironman Mode” where you only have one life or you start again, these modes are brutal but heaps of fun where you test every skill in your body to make it to the end of the game in one piece. 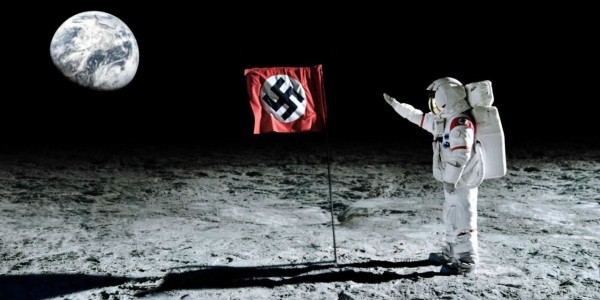 Replayability in Wolfenstein is very solid, as there are two different ways you can beat the levels. There is a lot to explore; bonus brutal modes will at least give you another 35 hours + of bonus game time, a lot to collect as well and even read about with certain collectibles. Even though the campaign is lengthy, it doesn’t feel dragged out and you won’t get bored of the game after 2 playthroughs.

Wolfenstein: The New Order takes you through an intense, blood splatting, Tarantino type experience that will keep you killing Nazis throughout the night. With lots of replayability, great level design, dual-wielding weapons, badass characters, crisp voice acting and various type of levels/locations, the alternate universe of Wolfenstein: The New Order is one worth travelling through.

My names Anthony, I'm 19 and I live in Australia. Always loved writing reviews and now I'm here on GameLuster. I own a PS4, PS3, PS Vita & PS2 and an all round gamer apart from RPG, fighting & [most] sport games.