It’s hard to believe the Nintendo Switch (formerly known as codename NX) is already a year old. It seems like just yesterday fans were speculating on what the NX would be. There were many rumors, many of which ended up being accurate, while others, not so much. Before the release of the handheld/console hybrid, consumers were skeptical, myself included, especially coming off the commercial failure of the Wii U.

After the cringe-worthy presentation showing off the details of the Switch back in January of 2017, I’ll admit, I wasn’t impressed. Maybe it was because the presentation was meant for a Japanese audience, but, either way, it did not resonate with the western market. But lo and behold, once the system launched on March 3, 2017, I started to come around. It definitely helped that it launched with one of the greatest games of all time, The Legend of Zelda: Breath of the Wild. Even still, I wasn’t 100 percent sold on the system. Sure, it launched with an amazing game, but is that an indication of the system’s quality?

Even after booting up the system and seeing the barebones operating system and lack of apps, I remember feeling underwhelmed. “This is the new Nintendo system?” Despite that, I continued to stick with it, trying to give it a fair shot. As I made progress through Zelda, I found myself falling in love with it and it ultimately became my Game of the Year for 2017.

As soon as I finished Zelda, as if the timing couldn’t get any better, Mario Kart 8 Deluxe released. Then Arms, then Splatoon 2, then Mario + Rabbids: Kingdom Battle, not to mention the countless indie titles sprinkled in between. Before I knew it, I had amassed a huge collection of games, not six months into the system’s life cycle. Once developers and publishers realized that games actually sell well on Switch, something unexpected happened.

There was an explosion of games being released, and it seemed like they were coming out all at once. Ever since then, the argument of “Switch has no games” has been invalid, seeing as how the eShop is flooded and we get at least one awesome game almost every week.

Part of what makes this system so successful is, unsurprisingly, the ability to take it anywhere. Even more impressive is how there is hardly a dip in quality between handheld and docked TV mode. That coupled with the elegant design of the system makes for a neat piece of tech.

Another thing Switch has going for it is the inclusion of two controllers, right out of the box. These controllers, called Joy-Cons, come in a variety of colors, bringing a great deal of customization to the table. You can play in handheld mode or docked mode. You can play with the Joy-Cons or a Pro Controller, in single player or multiplayer. The versatility here makes for numerous ways to play.

From the get go, we all  knew the Switch would be underpowered compared to the other systems on the market. While this is true, some developers have been getting extraordinarily creative with Switch versions of their games. Never in my wildest dreams would I have imagined Wolfenstein II: The New Colossus would be released on a Nintendo platform. Sure, we probably won’t see the next Grand Theft Auto on here, but that’s okay. If treated as a supplementary console, gamers can still get their fix of the newest, graphically intensive games on PC, PS4, or Xbox One, while still getting to play all of the amazing first party Nintendo games on Switch.

No system is perfect, though. Even with all the positive features, there is still room for improvement. For one, the battery life leaves a lot to be desired. This can be remedied by using a battery pack, but considering batteries die in two to four hours, a longer battery life should have been included without the use of outside accessories. The inability to upload saves to a cloud is another thorn in many player’s sides. In fact, there is no way to move saves to another memory device at all. The online infrastructure is still lacking, leaving multiplayer focused games feeling incomplete, especially with the exclusion of an integrated chat system. With the Nintendo Online service launching in September, this may fix some of these issues, but since we don’t know what that service will entail, it’s tough to say for sure. Finally, as previously stated, the operating system is as minimal as it gets, leaving hardly any room for customization.

The Nintendo Switch swept consumers off their feet and came as a surprise, against all odds. Who would have imagined Nintendo doing such a 180 after the failure of the Wii U? There was so much done right, from the marketing, to the inclusion of more mature titles, and to the sheer number of games, especially from third parties. Straying away from a more family-oriented message and targeting core players was a big win. It’s still a Nintendo console with all its weird quirks and features (we’re getting cardboard peripherals in a few weeks with Nintendo Labo), but it’s clear that focusing on games and players is the way to go with this generation. Happy birthday, Switch. 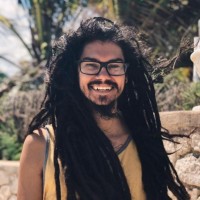