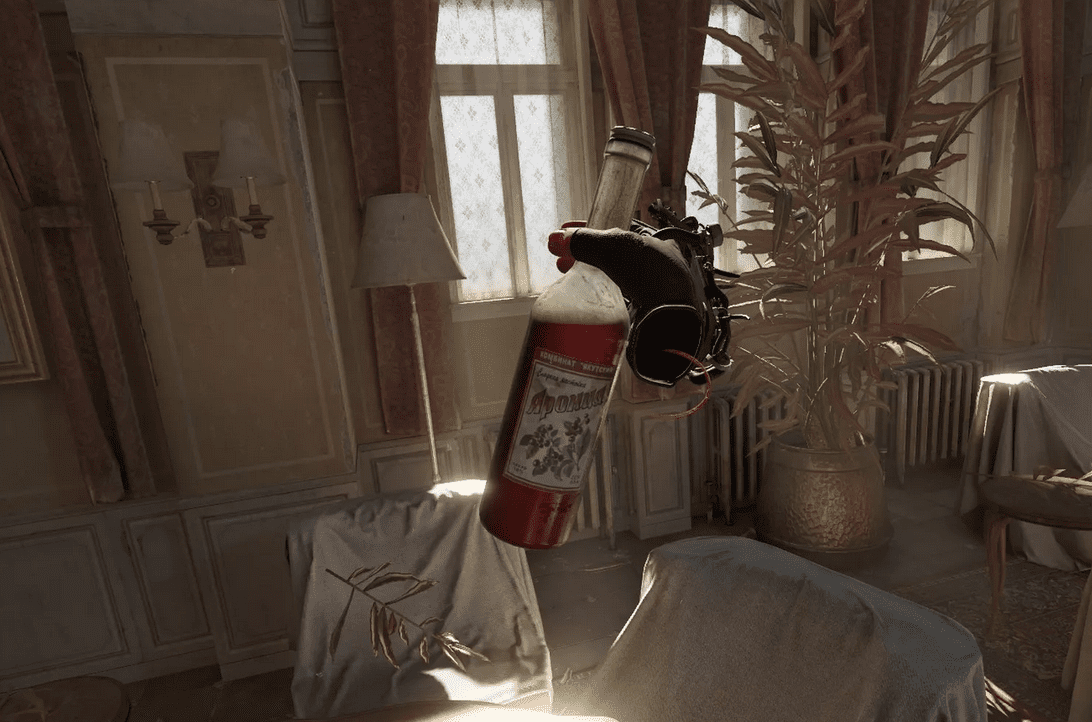 Popular VR first-person shooter Half-Life: Alyx recently released its 1.4 update. Although the patch was primarily focused on bug fixes, including improving the performance of the UI and adding subtitles in several new languages, it also included one seemingly small but extremely immersion-enhancing change.

Now, the various previously empty bottles strewn around City 17 are filled with realistic-looking liquid, presumably multiple types of alcohol. Picking up, knocking over, shaking, twisting, or otherwise interacting with the bottles will cause the fluid to slosh around inside. You could even use one of these lifelike bottles as an improvised weapon in your struggle for survival! (Sadly, you cannot yet drink out of the containers. Maybe in a future update?)

Check out the new liquid effects in motion in this tweet, courtesy of Valve Visual Effects Developer Matthew Wilde:

Considered a triumph of VR technology and its capabilities, Alyx is the latest entry in the beloved Half-Life series. Players take on the role of resistance fighter Alyx Vance as she seeks to steal an alien superweapon from the antagonistic Combine. The game features puzzles, combat, and the use of the new “gravity gloves” feature to interact with and manipulate objects — including the new full bottles. And, true to their name, you can even control gravity itself!

Half-Life: Alyx was praised for combining the immersion of VR with the tension and scares beloved to the survival horror genre. A significant chunk of Alyx’s journey through the Quarantine Zone of City 17 features her searching through an abandoned vodka distillery, meaning that players will spend a considerable amount of time getting to interact with the liquid-filled bottles. Just be careful: if you get too distracted playing around with the realistically sloshing liquid, an enemy might just sneak up on you from behind and give you quite a scare!

Alyx is available for both Windows and Linux and is compatible with most PC VR headsets.