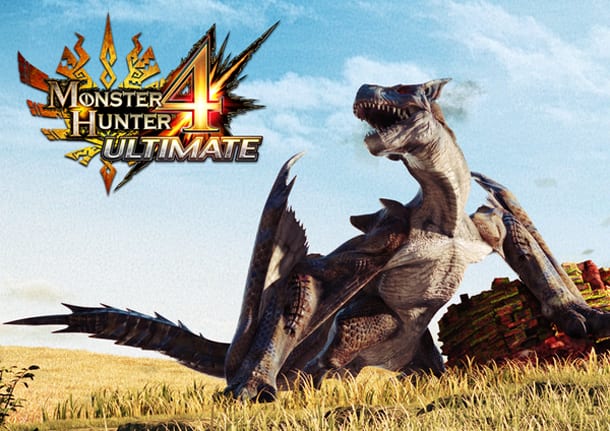 Capcom has published a blog on the localization of Monster Hunter 4 Ultimate on its website. Within it we get to learn about how English monster names were chosen (as well as the name for Cather).

Below is an excerpt from the blog:

Naming a monster like Seregios is a big deal because it’s one of the main monsters in the game, and you don’t want to screw it up. At the very least you want to give a couple of solid ideas and hash things out with the director. Before we sat down with the director Fujioka-san and lead designer Tokuda-san, we were given a couple of keywords to hit when coming up with names. This included talons, legion, Rathalos’ rival, gold, scales, speed, dive bomb, and so on. The names that we came up with were

We probably didn’t do the other suggestions any favors by adding the Romanization of the Japanese name into the list, but we all agreed that much like Gore Magala and Kecha Wacha before it, the name itself sounded good and is easy enough for more people to pronounce (although some people might end up pronouncing it “Sir Regios”…). We also liked how the original name had this sort of cutting sound to it compared to the ideas we came up with, so there weren’t any objections when Fujioka-san decided to stick with the original Japanese name.