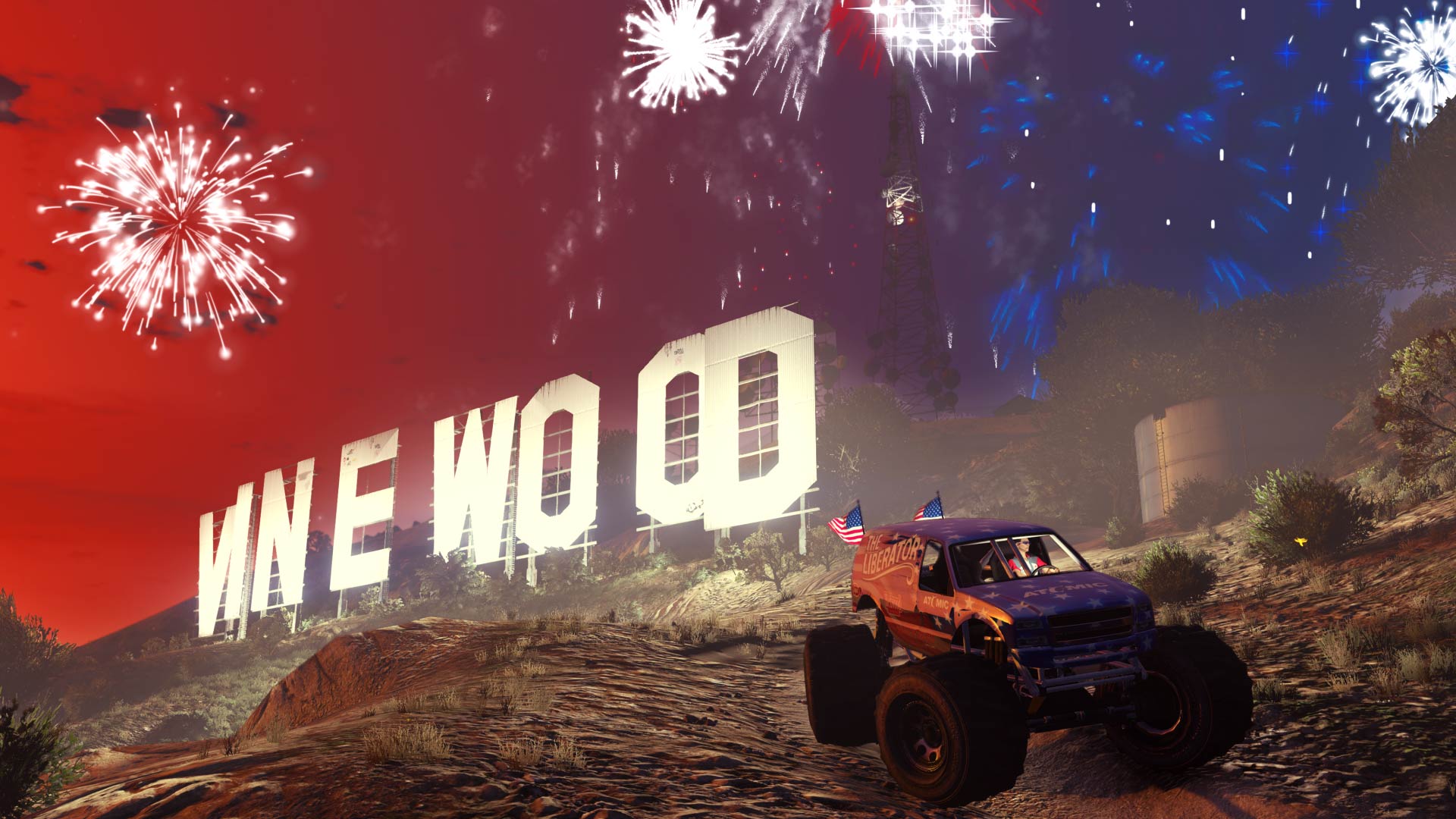 The latest patch overview for GTA Online has arrived. As tomorrow marks Independence Day in the US, Rockstar’s latest patch is running with a July 4 theme. Along with GTA$ and RP rewards, GTA Online is also offering the Statue of Happiness T-Shirt and the Supa Wet Beer Hat.

For a rundown of the discounts not to be missed in GTA Online, read on below.

Meanwhile, players can earn double GTA$ and RP in the Missile Base Series, if they compete in team modes such as Every Bullet Counts, Juggernaut, and Slasher, plus more. Until July 8, there’s a chance for players to win the Western Sovereign, available on a podium at The Diamond Casino & Resort.

For any GTA Online players who’ve connected their Twitch Prime accounts to Social Club can earn GTA$200,000 bonuses in the first round of gifts, if they play between July 2-8.

More still, for anyone who plays between now and July 29, they’ll earn a bonus of GTA$1,000,000. There’s an available rebate on the base property purchase price of Pixel Pete’s Arcade, including 70% off the Declasse Mamba roadster and 80% off the V-65 Molotok jet fighter.

Last of all, Playstation Plus members will receive GTA$1,000,000 in their Maze Bank account within 72 hours of logging in if they play between now and August 5. For each month until the release of GTA 5 on the PS5, the same offer applies.