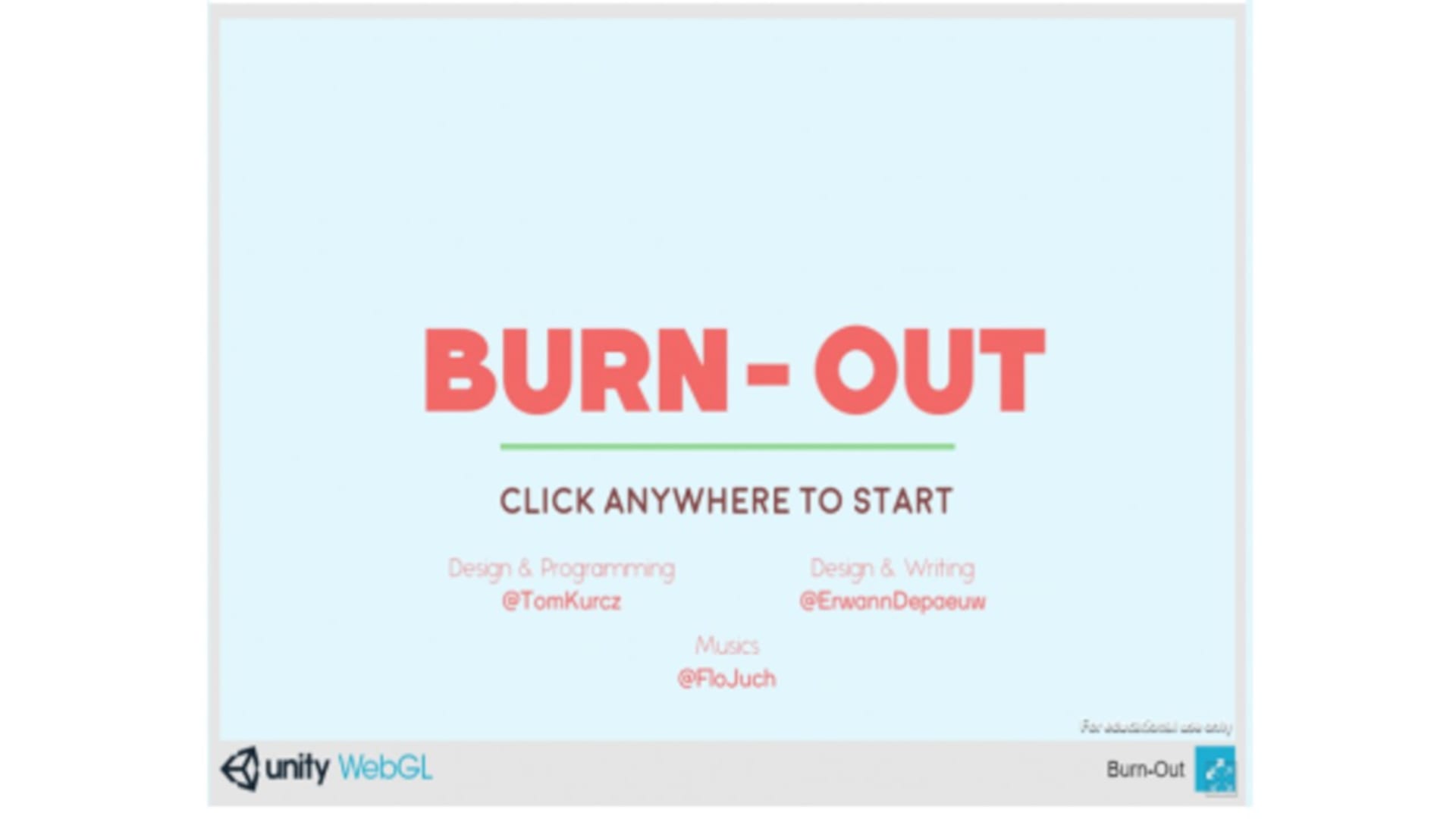 There’s plenty of games out there that inevitably slip under the radar. For Friday Freebies, we suggest a game every Friday that’s free of charge! This week is a special pre-Holiday special: avoid the crazy shopping at the malls by checking out a free game from the comfort of your home!

Many parents and teachers tell impressionable teenagers that “college is the best four years of your life.” But often college is an adjustment period, punctuated with bouts of suffering through difficulties and struggling to make ends meet. When I first started college, I was excited. But towards my third trimester, I felt like I was drowning: kicking my legs as hard as I could just to keep my head above water.

Burn-Out focuses on a nondescript college student’s tumultuous freshman year. The freshman will encounter opportunities such as hanging out with friends or running for student council, and will have to choose between one of these activities or studying. The goal is to balance your school life with your social life, but as you progress, it becomes more difficult.

This is a text based browser game in which you just pick from a series of prompts. But it uses a variety of special effects, colors and changing fonts to keep the player engaged. The visual changes to the screen also are meant to reflect the buildup of the freshman’s stress and innermost thoughts. Halfway through the year, the screen starts to gray, symbolizing the freshman’s exhaustion. Sometimes when you choose to study instead of another activity, little nitpicking words pop up randomly on the screen. For example, I chose to study instead of buying new furniture to organize my room, and I noticed that the word “messy” popped up. If I refused to answer a phone call from my mom, the word “ungrateful” would nag at me through the rest of the game. These words are like the freshman’s “little voice at the back of their head” that makes them feel guilty or worse about themselves. To avoid having these words pop up on the screen, I could choose to do an activity, but then I risk letting my grades slip.

You’re encouraged to play this game with headphones on for a full experience, however, I don’t quite understand this. The sound doesn’t play a particularly strong role in Burn-Out. The game will sound small “dings” when you make a choice. These dings have a higher pitch when you choose to do an activity, and a lower one when you choose to study, producing a negative effect. The game also has an accompanying piano track which doesn’t change in any discernible way. It’s possible that it gets a bit slower and darker when you’re towards the end of the game, but it was so subtle I didn’t quite pick up on it.

While I will say that Burn-Out pretty accurately portrays depression and anxiety, I think the one thing that the game could use more is balance. There is no clear way to win Burn-Out, and I don’t think that you’re supposed to. I played it about five times. If I studied too much, I’d break; if I studied too little, I’d flunk out. This is an interesting flaw in that the game acts like you’re supposed to find a balance, but makes it impossible for the player to meet this. If I did things to try to make my character happy, they didn’t offset the bad things that I had done. My character’s downward spiral continued at a breakneck pace.

When I was in school, there were times when I did feel horribly alone. In fact, I felt ostracized from everyone on my dorm floor, and by the end of the year, I had burned a lot of bridges and lost some close friends. When I reached out for help and support, there were admittedly some people that rejected me. But there were far more people who were supportive: my best friends, other students in my classes, and some of my teachers. One of my teachers even hugged me as I full-on ugly-cried into her shoulder after getting stuck with a 400 hundred dollar bill that I didn’t know how I would pay. In the dark forest of my own sadness, there were people that served as my guiding light. My character had friends and a mother, but I was never given the opportunity to reach out for help.

Perhaps my character didn’t know how to ask for help, but that’s my problem with the game. Ultimately, I think Burn-Out is just a bit too bleak. It wanted to make a statement on how unprepared high school seniors are for college, and while it succeeded in some ways, it faltered in others. However, Burn-Out‘s overall story and its themes on mental health resonate with the player, and it’s also visually impressive for a text-based game. I highly recommend giving it a go.

You can play Burn-Out on itch.io.