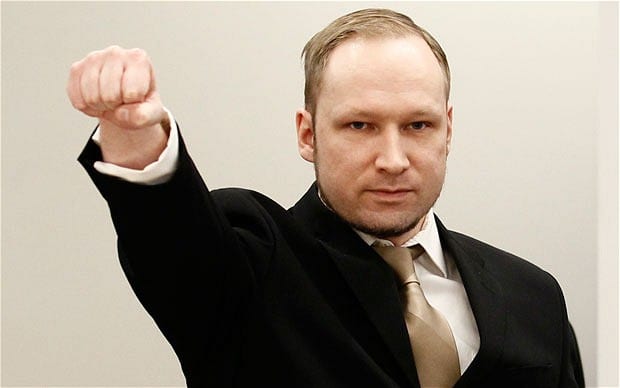 A serious topic about a person who did some serious things. Get ready kids.

Back in 2011 Anders Breivik went on mass murdering rampage by first bombing a government building killing 8 people. From there on, Breivik went on and killed 69 teenagers and children at a youth camp. Breivik claims to have used games like Call of Duty to practice his aiming and World of Warcraft to develop and hide his plans. But this all old news that you might have or have not heard before.

But the reason Breivik is the gaming news today is because he has requested that his PlayStation 2 be upgrade to an Playstation 3. He also request that he be given more adult games like the other prisoners.He claims that the games that he is playing are too childish, an example of a game he has been playing is Rayman Revolution. Who also demands access to an PC, a more comfortable chair, and to increase to his allowance of 50 dollars. If the Warren doesn’t process with these demands, Breivik threats to go on hunger strike.

These demands were found in a letter Breivik sent to prison authorities,with more about how he saying he is being “tortured” and says he is not been given the same treatment like other prisoners. Here is a link to see what he had to say.

You may be wondering,why would a mass murderer that killed a total of 77 people including childern,only recieve 21 years in prison. Well the reason is that in Norway,where the killings happened,the max sentence for any citizen is 21 years.And they don’t give anyone the death penalty. Even this guy.

All I have to say is,he should keep playing Raymen Revolution and attempt to get the fastest time in finishing that game. Then in 21 years,he could get to Awesome Games Done Quickly and do a live speedun.

Here are some comments from users about this topic.

“I know he’s a mass murderer, but making the guy play only ps2 games for 21 years? Its just too harsh a punishment…” bt11yy on GameSpot.com