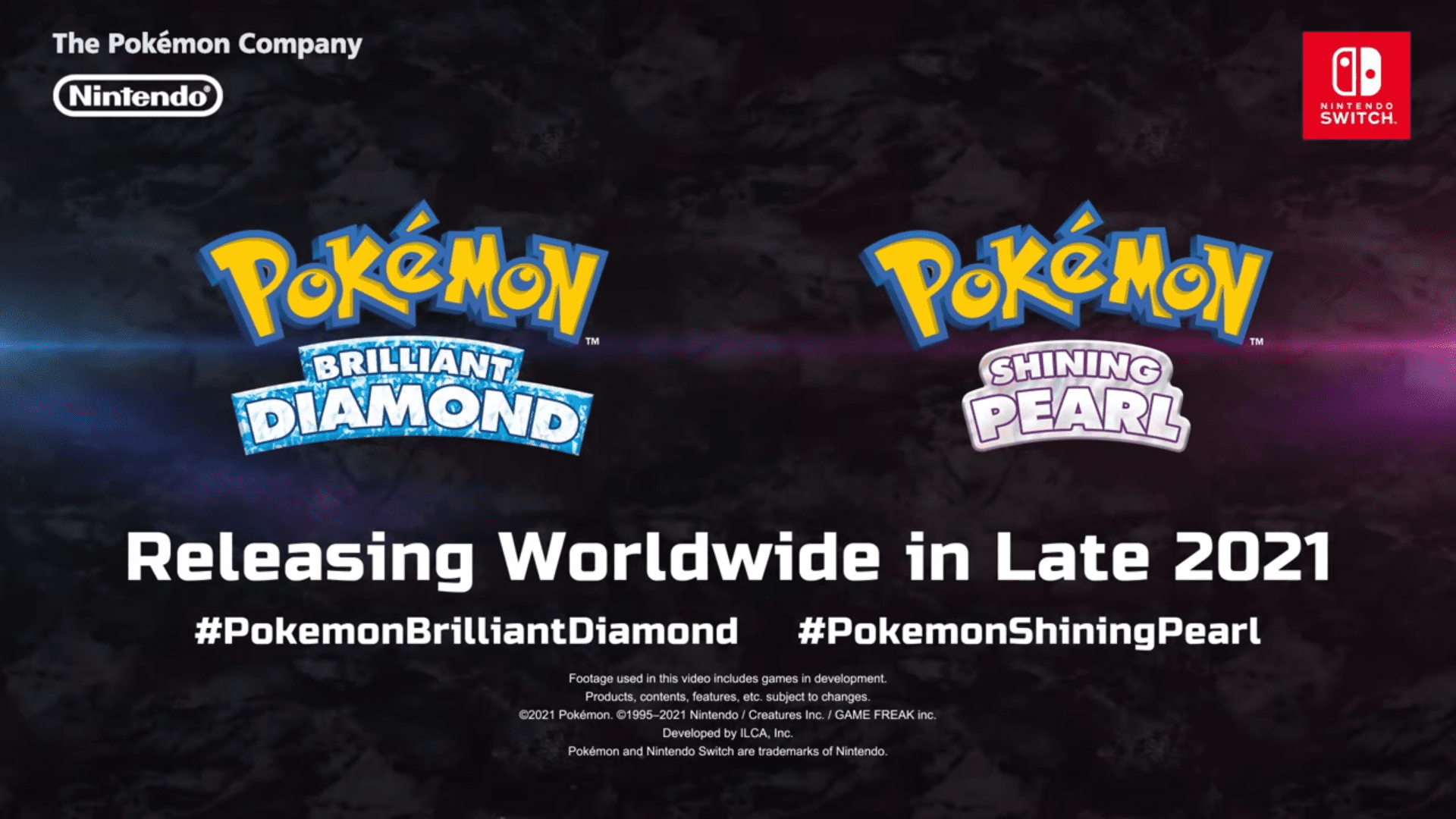 During Wedensday’s Pokémon Presents stream, a new trailer for the upcoming Pokémon games Pokémon Brilliant Diamond and Pokémon Shining Pearl were shown. These games are remakes of Pokémon Diamond and Pokémon Pearl releasing for the Switch in November. The trailer showed off some of the unique features planned for the remakes—some returning from the originals, and some that are brand-new to the remakes.

Returning from the originals, the Sinnoh Grand Underground is once again open for exploration. It is a sprawling expanse of tunnels underneath the region, full of resources like Shards and Fossils that can be mined from its walls. Players can make a Secret Base underground and decorate it with Pokémon statues, and use local or online communication to meet with other players there. The Grand Underground has been given one brand-new feature for the remakes: the addition of Pokémon Hideaways. These are rooms underground full of wild Pokémon that can be captured, and can even be home to some Pokémon that don’t appear natively in the Sinnoh Region! The types of Pokémon you can find in the Hideaways are affected by the statues in your Secret Base.

Poké Ball customization, a feature only present in the original Diamond and Pearl, also returns for the remakes! Players can use stickers to change the effect that happens when a Pokémon is released from its Poké Ball, such as sparks, stars, or confetti. Stickers can be found all over the Sinnoh Region.

Not only are the Poké Balls customizable in Brilliant Diamond and Shining Pearl, but so are the trainer outfits! Unlike in the originals, you can change the look of your player character by buying new clothes in the Metronome Style Shop in Veilstone City.

Pokémon Super Contests are also back from the original DS games, but have been heavily revamped. Now, your Pokémon performs in a rhythm game-like mini game, as well as shows off a move to appeal to the crowd.

Another returning feature is the Union Room, a hub for local and online communications that is found in the Pokémon Center. You can battle and trade with other people here.

The most exciting new feature shown is the addition of Pokémon following the player. Like in Pokémon Let’s Go Eevee and Let’s Go Pikachu, you can take a stroll with your Pokémon following behind you. It was not shown if you could ride on Pokémon like in the Let’s Go titles.