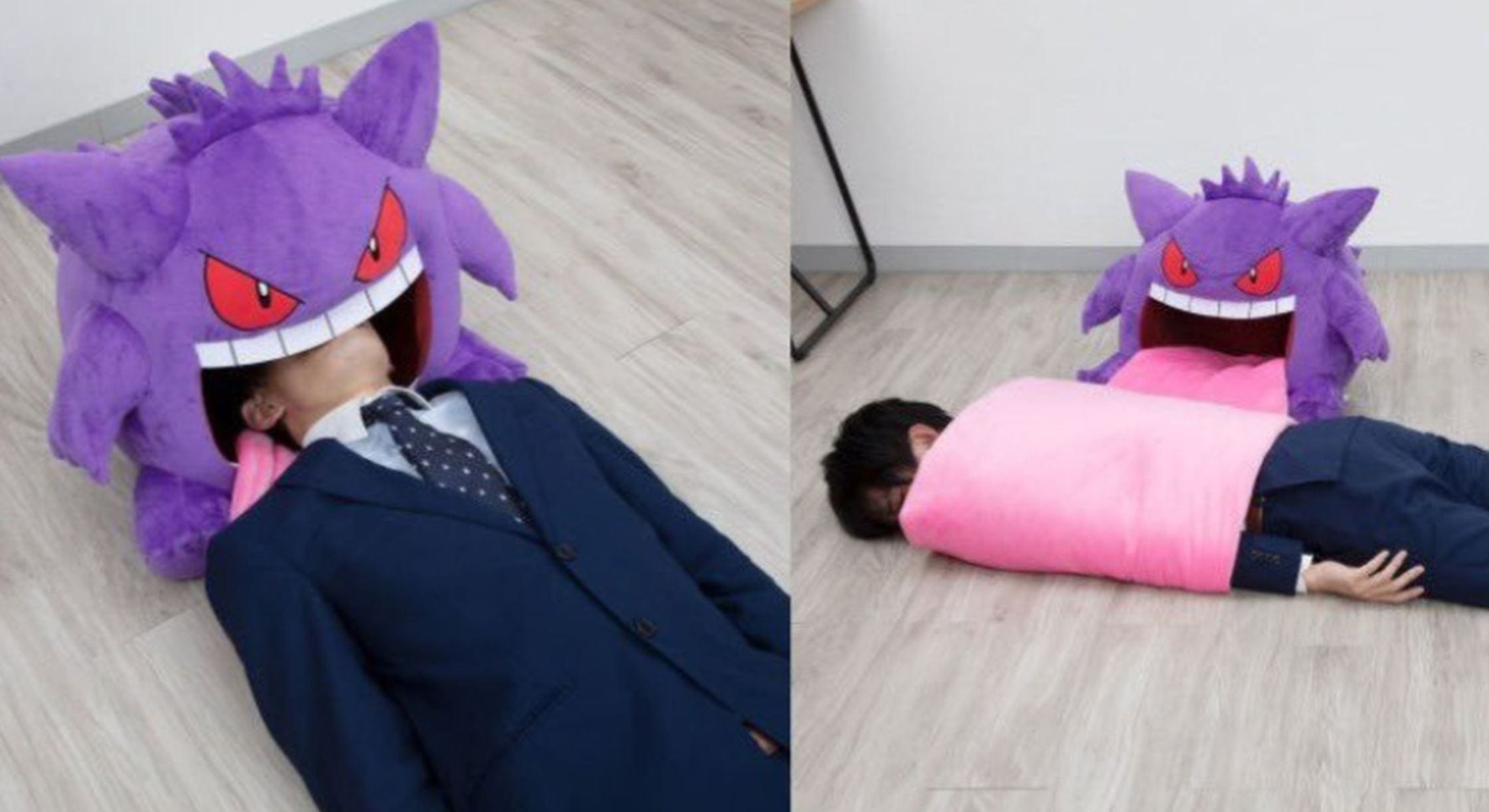 With over 800 Pokémon currently known, there’s plenty of cute critters which fans would absolutely love to cuddle with. Snorlax comes to mind, as does Clefairy, Rockruff, and Gengar. Wait…Gengar?

That’s right! The Pokémon Company’s newest merchandise offering, released as part of a collaboration with P-Bandai, is a giant pillow shaped like Gengar. This third-stage evolution of the classic Generation One Ghost-type Pokémon is portrayed with its mouth wide open and its signature tongue lolling out. The tongue is 5 feet 5 inches long and functions as a blanket, while the inside of the mouth is lined with pillowy padding.

The pillow retailed for an impressive 25,950 yen – nearly $250 in US dollars – yet despite this high price managed to sell out within one hour of being released. It is currently unknown whether P-Bandai intends to release another wave of these pillows in the future, but their surprising popularity leaves at least a slight possibility that this could be the case.

Predictably, the Gengar cushion made waves on the Internet, with Pokémon fans taking to social media to discuss the new piece of merchandise. Sticking one’s head in Gengar’s mouth has been praised as a surprisingly effective form of social distancing and preventing the spread of COVID-19. Additionally, the image of a person with their head in the pillow’s mouth has been described as “relatable” and “a 2020 mood,” due to the recent focus on social isolation and quarantining.

An official promotional image, which seems to show a man in a business suit giving up on work to simply put his head into Gengar’s mouth instead, has also been particularly lauded as “relatable.”

just found out about the gengar cushion after it has sold out i'm down bad bad pic.twitter.com/HPw2ZkwCSa

It has also been compared to a previous piece of Pokémon merchandise which gained Internet popularity: a Metapod-shaped sleeping bag which allowed users to zip themselves entirely inside the cocoon-like Pokémon.

Which Pokémon would you like to see made into a unique pillow such as this one? Would you purchase a Gengar cushion should it restock in the future? Let us know!