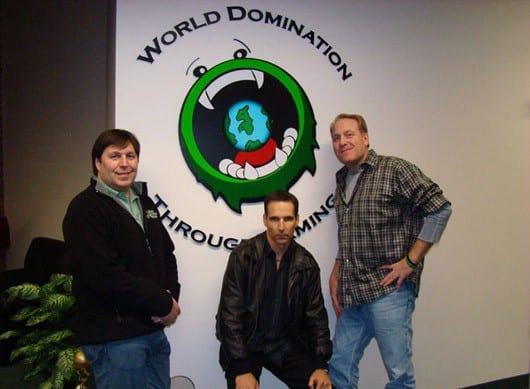 I’ll admit I thought it would actually happen sooner. First it was reported that 38 Studios employees were not getting paid since May 1, then the cutting off of health insurance coverage the last Thursday of May, and then I thought it would be lights out for the video game devloper the next day after it was reported that Rhode Island-based 38 Studios laid off its entire workforce of almost 400 employees. Sadly, the closing is even hurting other businesses who aren’t getting the customers who use to come in before working at 38. Former Major League Pitcher for the Redsox, Curt Schilling, held a 20 season career before retiring from baseball in 2007 and starting the company that he finally filed for bankruptcy for 5 years later on Thursday.

The company, 38 Studios, filed for Chapter 7 bankruptcy in U.S. Bankruptcy Court for the District of Delaware on Thursday. According to the filing, the company owes its creditors $150.7 million but only holds $21.7 million in assets.
“This action comes after several weeks when the company has reviewed, considered and received the recommendations and advice with respect to potential avenues for relief that are currently available,” the company said in a statement Thursday. “After ongoing negotiations with the State of Rhode Island and potential investors and other interested parties, the company has been unable to find a solution to the current stalemate.”

What especially sucks for the state of Rhode Island is this could have been Massachusettes problem instead. It was Rhode Island that in 2010 managed to convinced 38 Studios to jump ship from The Bay State with $75 million in loan guarantees.

At the time, the developer was working on The Kingdoms of Amalur, which is the expensive MMORPG that actually did quite well, debuting on February 7 of this year with a combined 569,000 units sold. It debuted #1 on Xbox 360, #2 on PS3, and #10 on PC landing it on the top 40 games list of that week according to VG Chartz. The reviews for it were awesome to boot. Unfortunately, it wasn’t enough to keep them afloat.

The company was tasked with bringing jobs to Rhode Island’s tech sector, but the February release of its first game, “Kingdom of Amalur: Reckoning,” was not enough to keep the company in the black. Rhode Island has the second-highest unemployment rate in the country, at 11.2%.
Rhode Island Gov. Lincoln Chafee said in a press conference that he had no prior knowledge of the filing, but that he was not completely surprised. Chafee told the media his office had been working with 38 Studios to find potential investors, and that it will now do its best to help the taxpayers.
“We’re going to do everything possible to maximize return of our investment, and the taxpayers of Rhode Island can have full confidence that if there’s a penny that we can get, or a nickel or a dime, we’ll get it.”

I seriously doubt there’s gonna be much of a return now. To his credit, Chafee opposed the loans to 38 when he was candidate for governor almost 2 years ago. As of November of last year, the state had given them $50 million, an amount that I’m sure is far more now.

Now if bankruptcy wasn’t enough on Schillings plate, the FBI, the U.S. Attorney’s office of the District of Rhode Island, the state attorney’s office, and the Rhode Island state police have all opened up investigations on the company’s transactions. This may not be over yet.