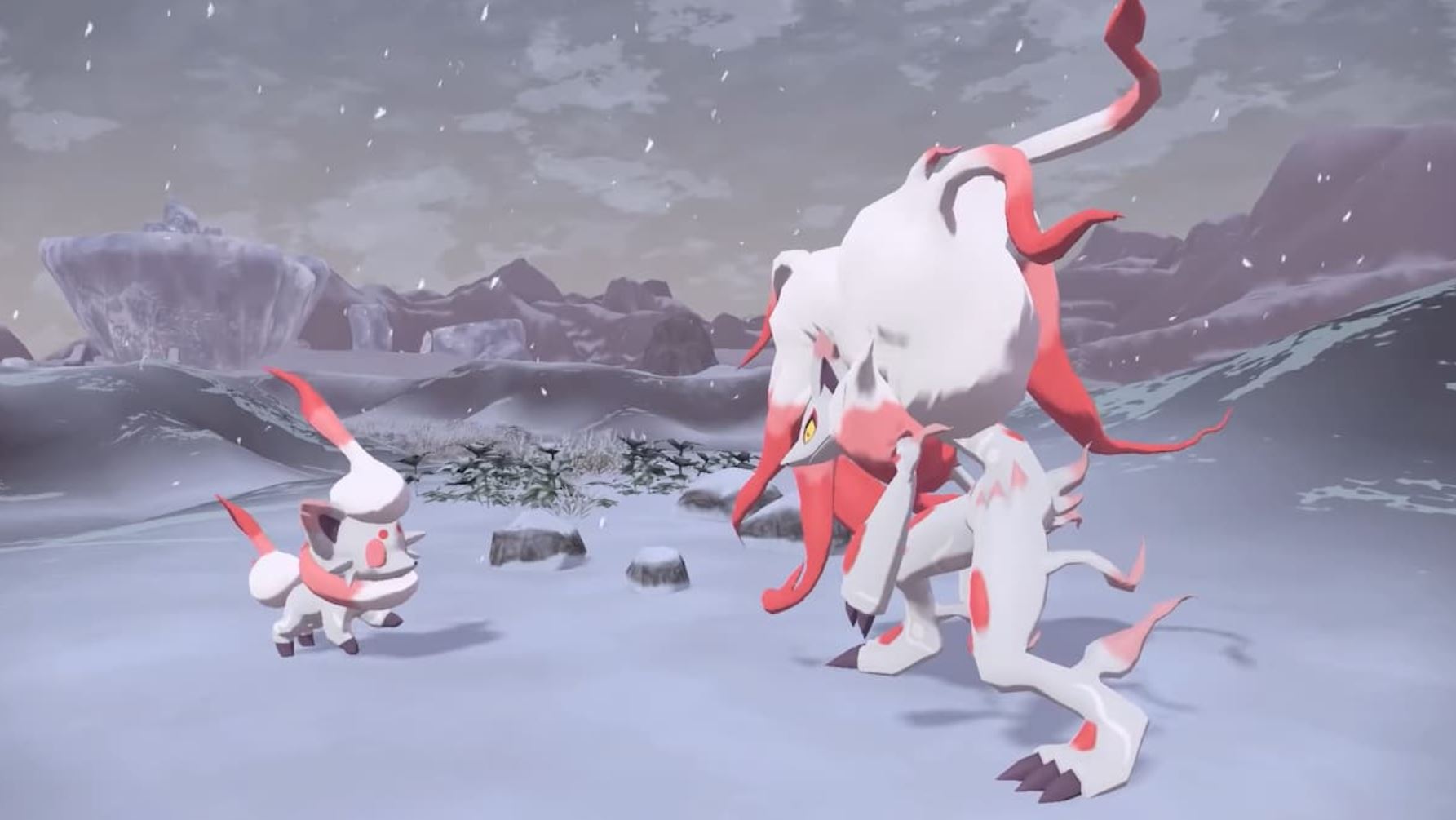 Pokémon Legends: Arceus players can now claim a new Mystery Gift completely for free. This Mystery Gift was released to commemorate the finale of Hisuian Snow, an animated mini-series set in the Hisui region released as a tie-in to the February 2022 Pokémon title.

Pokémon Legends: Arceus is set in the Hisui region, a pre-modern version of the Sinnoh region initially introduced in the fourth generation games Pokémon Diamond and Pearl. Unlike previous main series Pokémon games, Legends: Arceus is set during a time when humanity knew very little about Pokémon. As a member of the Jubilife Village Survey Corps, the player character is challenged to observe, capture, battle, and survey a variety of Pokémon species, including new region variants exclusive to the Hisui region.

Hisuian Snow is a three-episode animated series chronicling the interactions between Alec, a young resident of Hisui, and the various Pokémon he encounters. Particular the bond he forges with a Hisuian Zorua. The recently released final episode, “Two Hues,” sees Alec journey to Jubilife Village to investigate the mystery behind various space-time distortions appearing in Hisui, a phenomenon which ultimately results in the protagonist of Pokémon Legends: Arceus traveling back in time.

To commemorate the release of “Two Hues,” a Mystery Gift called the “Shiny Baneful Fox Mask” has been distributed to all players of Pokémon Legends: Arceus. This Shiny variant of an existing tie-in item, the Baneful Fox Mask, allows players to don the fearsome visage of a Shiny Hisuian Zoroark. Players can claim this Mystery Gift any time after they have completed the fifth main story mission of the game. It can be accessed by going to the Mystery Gift menu and selecting “Get Via Internet.” The Mystery Gift can be claimed any time between now and May 31, 2023.

While this is only a minor update, and not similar in scale to the recent “Daybreak” update that added new story quests and the Mass Mass Outbreak phenomenon, this Mystery Gift is a nice reminder that the developers are continuing to update and pay attention to Pokémon Legends: Arceus.

Pokémon Legends: Arceus is currently available for the Nintendo Switch. For more on all things Pokémon, stay tuned right here at GameLuster.