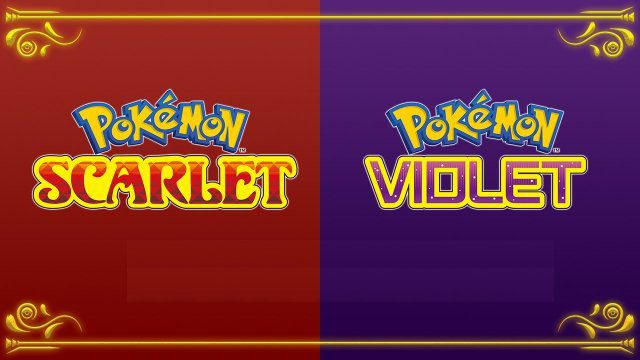 The August 3rd Pokémon Presents revealed to an excited fanbase much new information about the upcoming region in Pokémon Scarlet and Pokémon Violet. Firstly, fans finally learned its name —The Paldea Region! The Presents showed off the geography and customs of the region, as well as new characters who call the Paldea region their home, both Pokémon and people alike.

The Paldea region is composed of large open spaces on a landscape featuring mountains, lakes, and swamps. There are several places where people live, including farming towns and port cities, scattered across the region. Since the land is so sparsely populated, outdoor Pokémon Centers are a staple of the region. Taking the form of a gas station, these Centers are small booths scattered across the region where Trainers can shop or rest their Pokémon. They have brightly lit signs that can be seen from far away, acting as a beacon for weary Trainers.

Each Trainer journeying throughout Paldea is equipped with a Rotom Phone, an essential tool for the traveler. The phone is equipped with a map app that shows nearby towns, Pokémon Centers, and even Pokémon that live in the area. The Pokédex is also accessed through an app on the Rotom Phone.

Another handy tool that Trainers will utilize in their exploration of the region is actually a Pokémon itself—the legendary Pokémon, to be more precise! The Legendary Pokémon of Paldea have many more forms than the ones first discovered, and they are capable of changing their forms to suit the terrain. They can dash or drive across the land, swim, and even fly! With the help of the Legendary Pokémon, players will be able to easily explore the vast spaces of the region.

In the story of Pokémon Scarlet and Violet, you play as a student studying at the region’s oldest school. That is, Naranja Academy in Scarlet and Uva Academy in Violet. The Academy is located in the region’s largest city, Mesagoza. People of all ages study here to learn about Pokémon. You are among a group of students enrolled in a special independent study, known as the Treasure Hunt, by the Academy’s director, Director Clavell.

Alongside the director, the player will also receive instruction from their homeroom teacher, Mr. Jacq, who teaches Pokémon biology. He is very knowledgeable about the subject, and even worked on developing the Pokédex application.

The other students assigned to the Treasure Hunt are your rival Nemona and two newly introduced students — Arven and Penny. Arven is an upperclassman who is an aspiring chef. He often asks for the player’s help because he’s not confident during Pokémon battles. Penny is a student in your class who is shy and not often seen at the academy.

According to the Pokémon Scarlet and Violet website, Trainers will participate in three different stories throughout their adventures in the Paldea region. One of these is challenging the Gyms and becoming Champion, like in traditional Pokémon games. In Paldea, this is called the “Champion Rank,” and many Trainers can hold this pro ranking. In order to achieve this, Trainers must battle in all eight Gyms of the region, then take the Champion Assessment. Upon completion, the Trainer will be awarded the Champion Rank. Players can challenge Gyms in any order they want. Some may seek out stronger Gym Leaders, others may just battle the Gyms as they come upon them. One of the Gym Leaders in Paldea is Grusha, who runs an Ice-type Gym in Glaseado. He used to be a professional snowboarder, but switched to running his Gym full-time.

From the information we’ve been given, it is not clear what the other “stories” mentioned on the Scarlet and Violet website will be, or whether the Treasure Hunt is one of these stories or something separate entirely.

Of course, the trailer showed more of what everyone wanted to see — new Pokémon! Alongside two entirely new species, players learned today that the Paldea region has regional forms of existing Pokémon, like Alola, Galar, and Hisui before it. The first of these regional forms shown was a Paldean Wooper, a Poison and Ground-type Wooper variant that was forced to adapt to land. It coats itself in a poisonous film to keep itself from drying out.

The first entirely new species of Pokémon shown in today’s trailer was Fidough, a Fairy-type Pokémon that looks like a tiny dog made of bread dough. This Pokémon can puff up its soft, elastic body when it feels intimidated.

The final new Pokémon revealed was Cetitan, an Ice-type whale-like Pokémon that can freeze the area around itself with its horns. This Pokémon is also used by the Ice-type Gym Leader, Grusha.

Pokémon Scarlet and Violet will release on November 18th 2022 for the Nintendo Switch, and can be pre-ordered physically and digitally now.

For more on all things Pokémon, stay tuned right here at GameLuster.