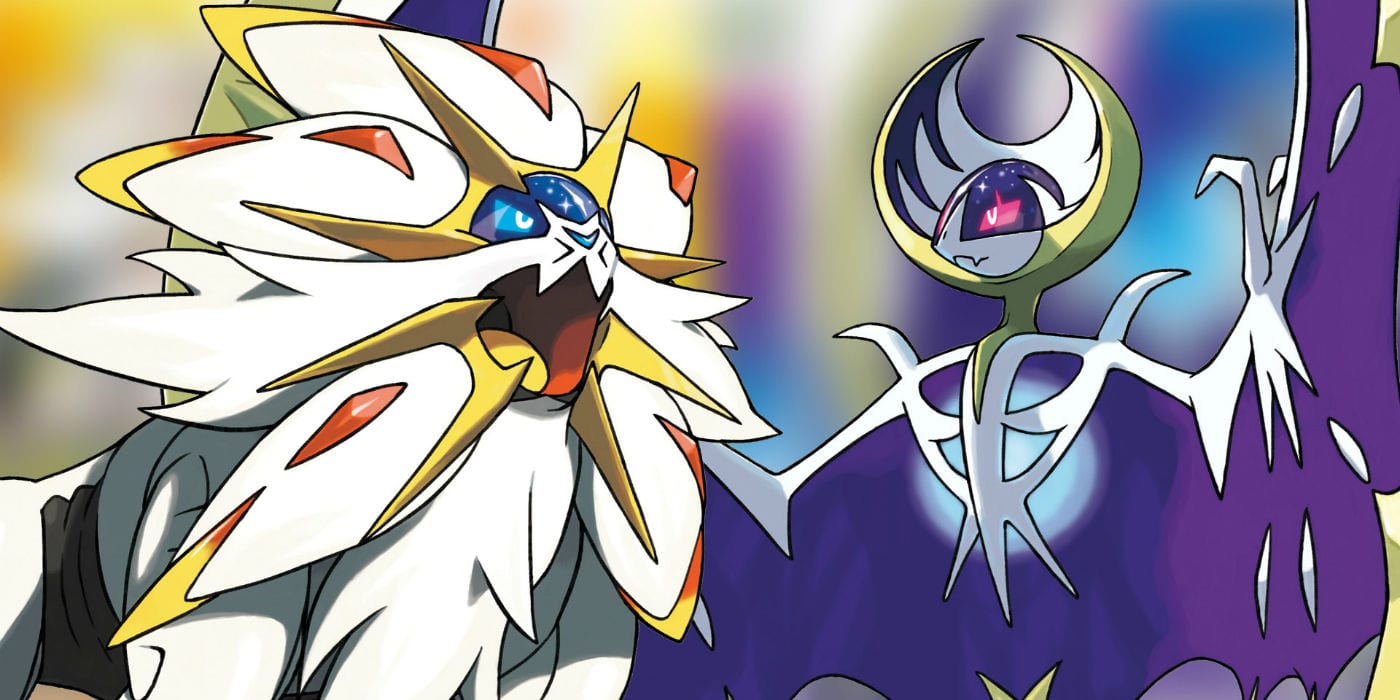 It has been twenty years since the Pokemon series first arrived in Japan and today it is still going strong, after many celebrations of the franchise’s history including legendary distributions, virtual console releases of the original games as well as a mobile application, Pokemon is at the peak of its popularity. However the last few entries have been a bit rough for fans of the main series, the games seemed to be getting easier and they were trying too hard to find new ways to reinvent the franchise with the same concepts. But to celebrate twenty years Game Freak has brought us our first taste of series evolution with Sun and Moon which reinvents the franchise’s core ideas enough without destroying recognition.

Pokemon Sun and Moon offers players one of the most refreshing games in years, it does away with many of the familiar tropes which we have come to expect and instead sets out to offer players a proper journey that is about the experience. While things start out similar to past games such as moving to a new region and getting given a starter Pokémon things from there could not be any more different.

Players are tasked with taking on the Island Challenge which spans seven trails across the Alola regions four islands, this challenge does away with the strict normality of gym battles, instead replacing them with these tiny tasks which are as enjoyable as they are unpredictable. Tackling these trails offers many varied tasks, some are as simple as trying to defeat Pokemon, another is about photographing a Pokemon, and another is a simple memory game. With Sun and Moon you never what to expect next from the challenge’s and it becomes a simple guessing game that is always refreshing while never making you feel like you are doing the same thing in repeat.

That is not to say that there is not a certain level of repetition to completing trails, many of these will have you battling Pokemon and then to complete the trail you must defeat an even stronger Pokemon with a special ability. The Totem Pokemon acts as your final hurdle in every challenge and these come with special power boosts as well as the ability to call out for a random Pokemon to come to their aid making each battle all the more challenging. Even when you feel like you have the advantage against a Totem Pokemon their additional abilities shake things up and make every battle that much tougher causing you to consider the best way to succeed.

Every island also has a Kahuna to which you need to beat and these battles typically follow your completion over all the islands trails, these are about the closest you get to gym battles with each utilizing a specific type and offering one final challenge before we can progress with the story. The Kahuna’s themselves are not typically tough but really offer that one final hurdle which helps to make sure you are ready for the challenges that lay ahead.

Sun and Moon also offers a refreshing evolution to the series storytelling, following the deep and complex nature of Black and White, Sun and Moon invite you in with a narrative that explores multiple characters with their own interesting arcs as well as tying everything in with the greater setting. Sun and Moon explores the fun of adventure which is perfectly shown around every element of the Alola region, as well as finding your own strength, and even more. Every story feels well-handled and are so well interchanged with new character exchanges that they fit naturally with our own self exploration and travels.

The narrative threads of Sun and Moon offer a major highlight at every turn and without every trying pull you in to the emotional roller-coaster and sheer depth of every critical moment. Even the villains are handled in a great way, starting off as just generic thief’s Team Skull soon evolve as more is revealed which continues to be just as interesting, and then there is the pivotal legendary mission which is more encouraging then ever due to a personal connection developed throughout the narrative. Sun and Moon offers the greatest narrative in the series to date as it expertly handles every moment and every character with equal care, it forever urges you forward to want to know more and even get upset about certain events.

Further improvements are made all throughout the game with many great additions to the gameplay which help everything run better. Much like the removal of Gym’s in favor of trails, Sun and Moon also does away with the frustrating HM system from previous games, no longer are you forced to keep a Pokemon in your team to be used to help progress, now this is handled through the helpful evolution of the Pokemon Ride feature. Through Alola many Pokemon have a certain purpose and once unlocked you can call upon them at any time to help get through certain situations. A Tauros can be summoned to smash rocks, while a Charizard can be called to fly you around, or a Lapras will help you surf, and a Machamp will push blocks, the upgraded system makes it easier to get around Alola and not affect how you choose to manage your team.

The battle menus also see a similar improvement through the use of a much more streamlined system, once you have battled a Pokemon for the first time you will be able to see how all your Pokemon’s moves will match up. This system makes it easier for beginners as well as simpler for veterans offering a much better way to battle while not forcing players to remember an expansive list of type match ups.

Similarly the way the game handles the map and your objective is also greatly improved, your map is always on the bottom screen so you can always see where you are going, and this also presents you with an icon that points out your next objective. This makes it easier than ever to explore the world, and for those who are not quite so confident in just exploring the objective marker helps offer a sense of direction, although it is hard to ever get lost within the region.

The Alola region is one of the best worlds created for the Pokemon games in years, it was hard to not be impressed when every turn brought changes from different climates to entire environmental differences. The region is quite varied featuring many throwbacks to past regions while feeling like its own cohesive world that clearly was about the journey through nature then about anything else, very few towns exist which acted as a nice change allowing us to constantly be surprised by the way every route looked or the sudden diversity from one location to the next. From the peak of a volcano, to the beach side, to an old west inspired town, there was always plenty of surprises that helped to make each area have its own style and feel varied from the rest. Due to this traveling the region become a joy to do as you never expected what adventure you would take part in next, and this region fully realized the belief of it being about the journey and not just rushing to the next destination.

The Pokemon introduced within Sun and Moon are also some of the most enjoyable creatures to come out of the series in years, while not the most inventive each Pokemon felt fun to use and each was exciting to stumble across. More importantly though was the special Alolan forms which gave us a new perspective on classic Pokemon, this made a certain selection of the original collection exciting again and really offered us a different opportunity to try old favorites with a new coat of paint or design.

Sun and Moon also update the Pokemon Amie feature from X and Y now renaming it as Pokemon Refresh and completing updating the system. Pokemon Refresh offers a great opportunity to truly make your Pokemon feel like actual partners rather than tools towards an end goal, as you are given the ability to clean them, heal them of status conditions, pet them, and even feed them. It can be easily ignored by Pokemon Refresh is great as a means of building a bond with your partners and making them feel more real than ever which was refreshing, and it never feels forced.

Pokemon Sun and Moon is one of the most refreshing main series Pokemon games in years, from its wonderful and well-handled narrative, to the change of pace with the island trails which offers a distinct and enjoyable break from the typical monotony. Just about everything feels so well placed and it creates an experience that is hard to forget and easy to go back to, we just need to hope that with this step in the right direction Game Freak chooses to expand and continue looking for new and inventive ways to take us on our Pokemon adventures. Sun and Moon are a great way for long-time fans of the franchise to celebrate this major milestone and are simply a great time all around.