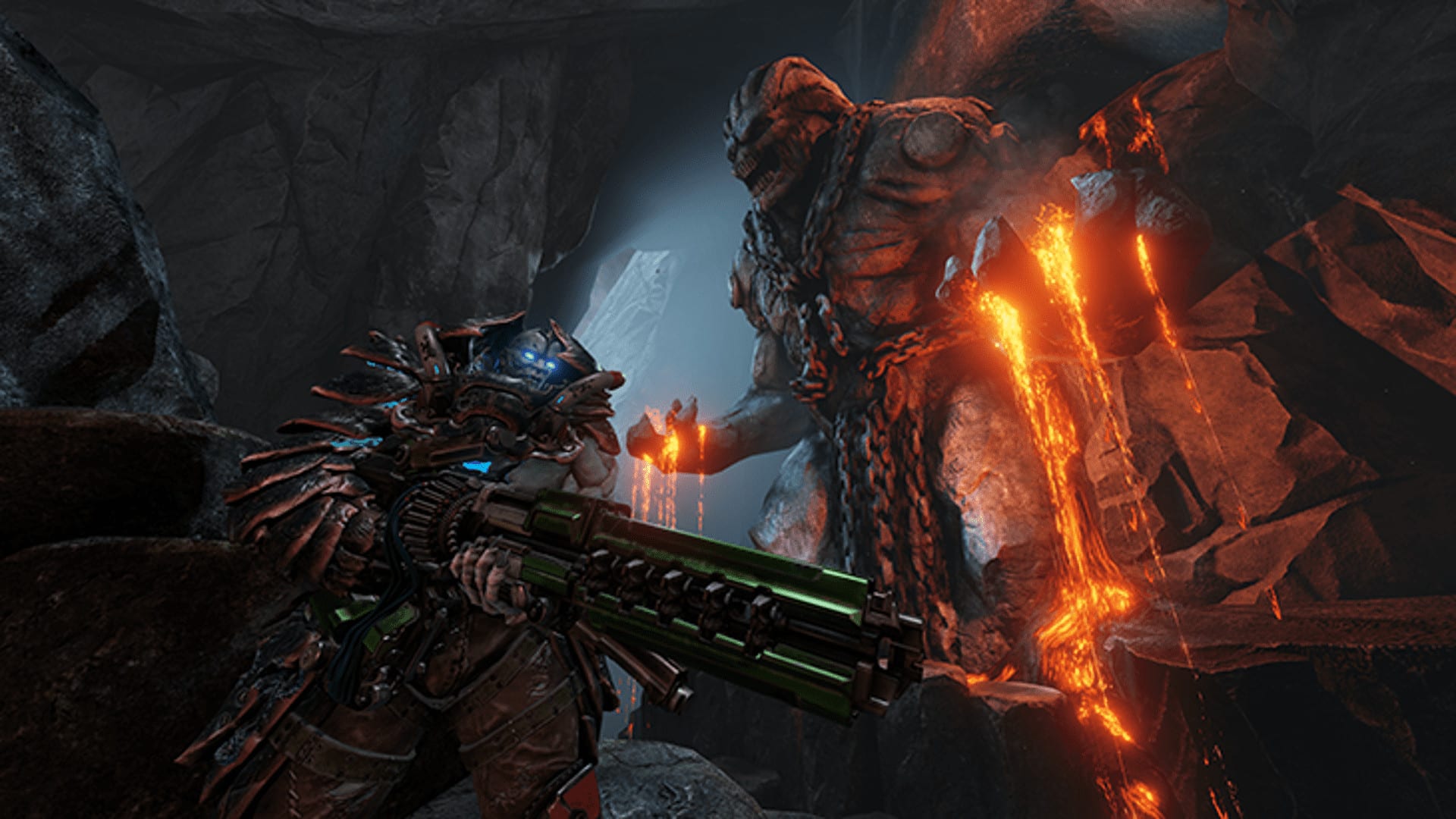 The first wave of Quake Champions beta invites has been sent out. If you signed up, and were lucky, you got one. For those who did not, more will be sent out soon.

This comes on the heels of the latest Champion reveals: Anarki, the guy-on-a-skateboard in Quake III, and Slash, the gal-on-roller-blades.

The duo is back, each with a little more ‘tude.

Other Champions have been and will be revealed on Quake Champion’s official site.

Ranger, the classic Quake hero, and who will have more info revealed on May 3, is the crux of Champions’ business model.

Champions will have a free-to-play version in which one can only play as Ranger out of the gate. To play as other Champions, one must earn and spend “favor” – the in-game currency – on either Champions or on “backpacks”, which ultimately allow players to unlock Champions and skins. Spending favor directly will allow one to use a Champion only for a set time period.

Some have noted a downside to this model: there will be a whole lot of Rangers running around.

If you buy Champions, all the characters will be available from the start.

I will purchase the game and mostly play as Ranger. It’s the classic Quake in me (and Sarge hasn’t been revealed yet).

I hope others won’t assume I am on the free-to-play version because of my steady Ranger model. I don’t want to be in the lot of free-to-play Rangers. I am my own, paid-for, Quake veteran Ranger. A classic Ranger skin available only to those who paid for the game is welcome.

Are you in the beta? Please let us (or me) know about it in the comments. (Does it feel like Quake? How’s the rocket launcher? How many arenas are there? Seriously, let me know!)

And check out some gameplay, too: