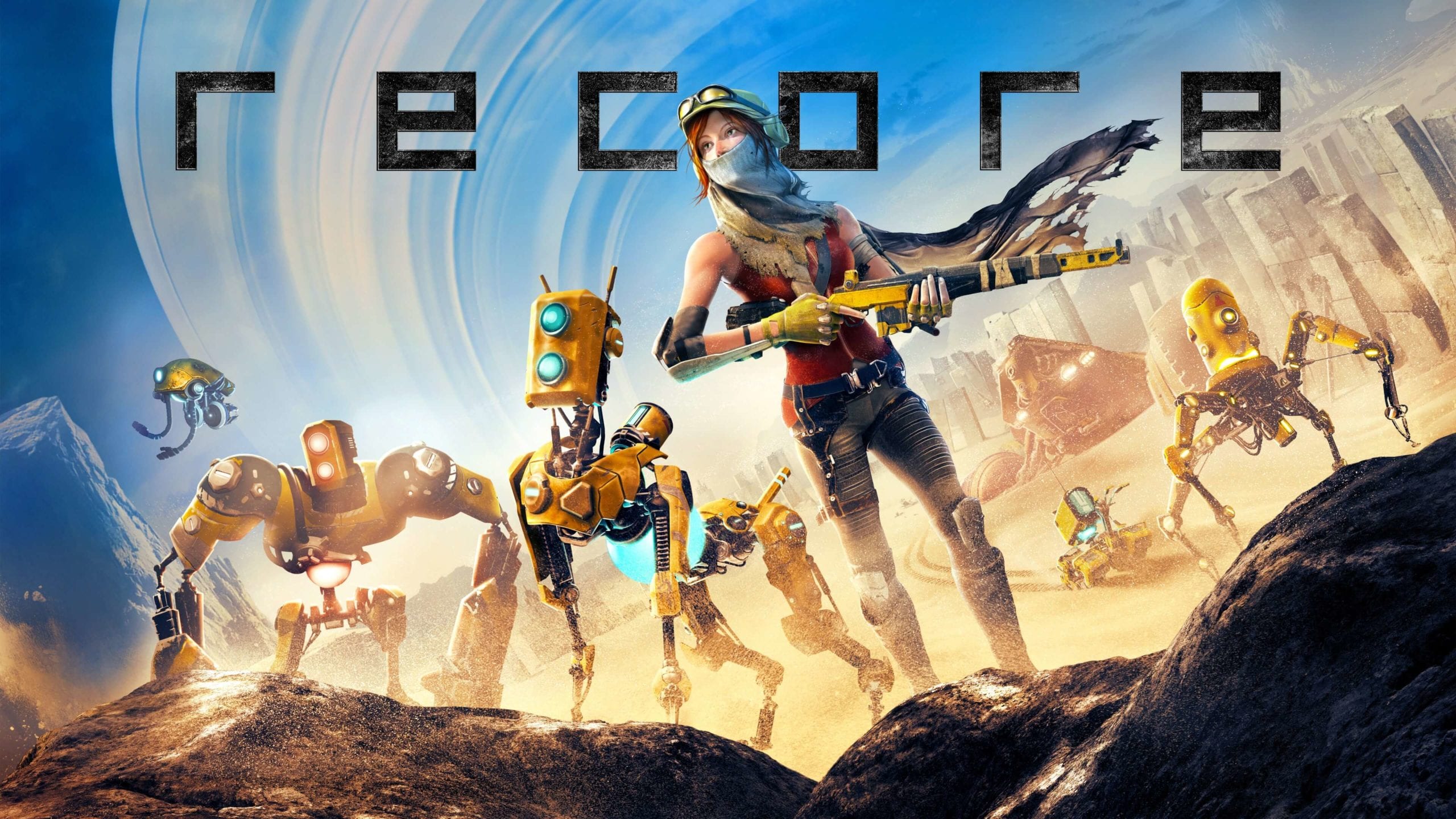 When ReCore was unveiled at E3 2015 it looked to be an interesting and unique addition the Xbox One’s game library. The game touted some big names and even prided itself on where their past lay, but as we learned on many occasions past efforts do not make a game great. ReCore is certainly evident of this, despite its past from its developers which means nothing and definite potential ReCore ultimately becomes a decent but troubled experience that fails to shine through bad decisions and technical difficulties.

ReCore follows Joule a refugee from Earth sent to the planet of New Eden to help oversee the terraforming routine, during this time she is put into a cryogenic sleep and awakens to a time when the planet is supposed to be green and lively. Instead upon awakening she finds it remains desert and Joule sets out to find out why, she also seeks to uncover the mystery of why all the Corebots who were supposed to be overseeing the project have suddenly turned hostile. However for all the stories potential ReCore struggles to gain interest with a narrative that feels short and barely existent.

The big problem presented by the narrative is its poor implementation, ReCore starts out strong with a steady pace that offers an enjoyable time, soon after this the game begins to fall apart. The games story begins to feel like an afterthought that tries to grab your attention with some interesting ideas, however it loses you by putting more attention on collectables and its world then a well contained narrative which leads to you not caring about what was an interesting character and narrative plot point.

What makes this sad is that ReCore is a game with massive potential which is immediately clear, the game offers players a clever gameplay system along with interesting and unique companions which should make the world interesting. However where it should thrive ReCore manages to grow to be a tiresome experience that pushes you to want to stop playing more than continue.

From a gameplay perspective ReCore is a mostly solid experience, it breaks into three distinct fields, combat, platforming and exploration. It is these three cornerstones that make up almost the entirety of the experience with combat playing the biggest role and offering a decent although tiresome experience. Combat is built around the basis of third person shooting, quite regularly you will be faced with enemy corebots, these you will need to fight into level up Joule and also progress in the game.

This system breaks up into an interesting blend of strategy and concentration, you often need to identify your enemies and find a way to exploit weaknesses built from specific colored lasers that match the enemies. This system also has you using your own partner corebots to assist in combat finding ways to strategically use them to win a battle, such as exploiting their own personal color abilities which can present an advantage or disadvantage which can include a damaging shock-wave, or a charging fireball.

The games numerous fights become a system of simple observation and learning when to respond to an enemy to avoid their attacks or stop their other abilities, this seems simple at first but enemies become more devious with varying types that change your approach. Some can simply be dodged and defeated by basic tactics, while others become a challenge that require greater thoughts in order to find an advantage. This is all while you try to whittle down their health bars in order to defeat them and reap the rewards that they bestow, it is a mostly enjoyable system that offers its challenges but is satisfying when you work it all out.

Combat however is let down by the games progression system, defeating enemies rewards Joule with experience to help her level up and this then enables her to enter dungeons and major areas. This then turns into a grinding system where you are forced to battle enemies less for what you can earn then to actually progress in the game, and this takes a lot of the fun out of battling enemies as they become busy work.

The games platforming sections show even love and care which remains even more impressive for a 3D game, these sections are used on numerous occasions and offer plenty of devious puzzles for you to solve. Many of these use tactics such as invisible platforms, lengthy gaps, death walls, barriers and even rolling balls to create a more devious challenge, and all of this combines to create an enjoyable challenge that telegraphs well with the games systems. Joule’s jump offers you enough time to figure out how far between a platform you are, while also allowing you to consider the best way to avoid falling into the bottomless pit below using her abilities. No platforming challenge ever feels cheap and each was a thrill to conquer.

Similar sections also shine with the use of the Corebots, one example comes from the Spider bot which allows you to travel across specific walls. These sections present a decent challenge as you try to match fast speeds with quick movements and huge falls, they can often be hard to get through as you get such a small window to connect, but they work well to offer huge set pieces which at times even blend well with the world itself.

The world of Recore actually comes as a huge shock, multiple sections are made available for you to explore as you progress and each of these are massive offering plenty of room for exploration. Before you lies expansive desert and abandoned facilities which upon first visit are exciting, however this quickly falls apart with Recore’s system for progression. Each environment is more or less the same and become bland pretty quickly, you end up seeing each section multiple times as you are forced to go back and explore for the games key item the Prismatic Core.

This item is used to power certain doors and items in the world although from a progression perspective they become more a means to pad out the game then actually accomplish anything. Recore could probably be beaten in around ten hours but you are tasked with exploring every corner of the dull environments just to find these items and they become increasingly more annoying.

Matters are made worse by some of the games technical difficulties which really set out to ruin the good parts of the experience. Every area and everytime you die the game faces you with a loading screen which are increasingly long and often take up to two minutes just to let you get back to the game, by this point it is easy to lose interest and dampen what is a pretty enjoyable experience.

ReCore has many great ideas and offers an enjoyable experience in most places, however it is let down by its own technical limitations and bad design. ReCore feels like it was made and simply rushed out the door without ever truly ironing out its grating problems which turns something with potential for a future franchise into a bad memory. If you can look past the sanity questioning load times and poor design choices there is fun to be had, but often the obstacles hinder the value of the reward.