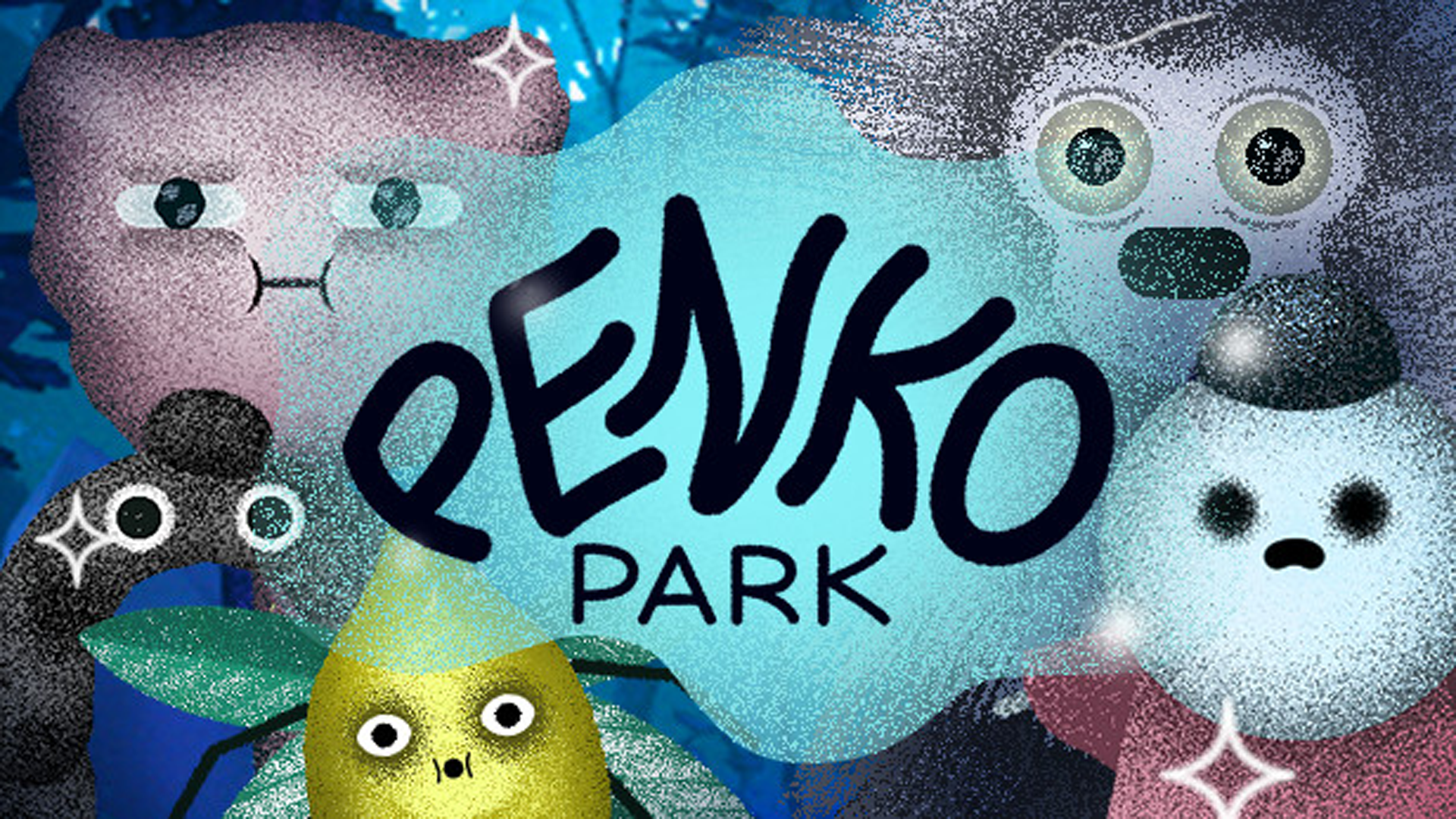 Every now and then a game comes along and it just feels like it was made to appeal to your personal tastes and aesthetics. That’s a big part of what I love about indie games. They always feel like they’re done by passionate people who just had an idea and wanted to share it with the world. In this case, if you like creepy tourist attractions, mysterious monsters, and taking photographs, you’re in luck! Because that’s exactly what you get with Penko Park by Ghostbutter.

To get this out of the way as early as possible, Penko Park is heavily inspired by the gameplay style of Pokémon Snap, and it’s hard to talk about the game without establishing that connection. You patrol through an abandoned amusement park on an island inhabited by strange and mysterious creatures. Instead of having full access to explore wherever you want, you and your tour guide, Penki, are on a cart that follows a track from the start of the stage to the end. This allows you to focus on taking photos of the monsters that inhabit the island.

Unlike Pokémon though, we don’t know what these creatures are, and that’s actually where a lot of the magic comes from. Everything is new and mysterious, and it’s an incredible feeling going into it not quite knowing what to expect. There are several animals that cleverly disguise themselves as plants for camouflage like the underwater Alggo, or the Boggo that hides underground but can be lured out if you catch its attention. And then there’s Doug. One of the creatures is just called Doug and that made me laugh.

Every photo you take is immediately graded from one to three stars, and I appreciate the game giving you a ranking right then and there so if you snap a two star picture, you can try to adjust your positioning or zoom in a bit more and try to take a better one before you speed off. Another thing that Penko Park does to help you is that it gives you symbols to clue you in on what type of poses you can get of this particular animal. The photo you take might be of it being happy, but if there’s a symbol that shows you can also get a photo of it being angry or scared it might be worth looking into what you can do to change its position or its disposition. If you see an option to get a photo of it while it’s sleeping, there might just be more than one of this creature throughout the path.

Taking photos is also a great way to learn about the creatures, as each photograph comes with a caption from someone who was involved in the original park. Unfortunately every photo of each creature is the same caption, but that’s just a minor nitpick. Aside from photographs, you can also collect artifacts relating to certain creatures by using the handy dandy extend-o-hand you unlock early in the game. Discovering the skull of one of the creatures or picking up an egg sack adds an extra layer to the lore and how these creatures work on a biological level.

While Penko Park only has a small handful of levels, the game is laid out in a way to keep you coming back to them, and there are also branching paths that really make the most of the stage, offering a lot of replay value. Every new photo or artifact you get, including getting higher rated photos, rewards players with experience, and once you earn enough experience, you can unlock new functions like the aforementioned grabby hand. You’ll also unlock features like being able to speed up to get through the level faster, or just stopping for a small period of time to get a better shot. One of the main mechanics though are the Penko Balls, which the game describes as “some animals like it, some hate it” so if you find yourself wondering how to get that photo of a particular creature dancing or angry, it may be worth trying to throw the ball at it. Unfortunately, the throw of the ball doesn’t feel very great. If you aim just above the creature’s head, you’ll still only throw it like two feet in front of you. I often found myself having to aim really high up in order to get the proper distance to throw the Penko Ball.

Update: I only discovered after writing this review that throwing the Penko Ball can be charged by holding down the button, giving it a much stronger and more satisfying amount of distance.

Visually, the game is an absolute treat. Penko Park uses a gorgeous illustrated art style and it just reminds me of a classic kid’s book, which adds so much to the amusement park vibes of the main setting. Nearly all of the creatures and foliage are presented in 2D, but the way they turn as your cart passes by so that they’re always facing you creates an incredible atmosphere, and while the game isn’t specifically a horror title, it’s easy to feel on edge in the eerie ambiance of Penko Park, especially in the stages where you go off the beaten path into a dark cave or find yourself headed underwater.

The only real complaint I have about Penko Park is in its sound design. While most of the music and sound effects in the game are much more subtle, which is very fitting for the atmosphere, the one place where I wish the sound effects were a bit stronger is when you have a path change coming up. There is a sound effect that plays, and your cart even has a physical arrow that you probably won’t be looking at, but it sort of blends into the background and I often wind up going down a path I didn’t intend to because I was too focused on something else at the time. Having the sound effect be louder, or perhaps having the arrow appear on your HUD in some way could make a world of difference. I also wish the game had an option for restarting a level from the beginning in case you miss the one photo op you were trying to get on your current run. Having to go back to your photo album and then back to the level feels like an extra step that could be taken out.

Overall, if you like Pokémon Snap, you’ll probably like Penko Park. Taking photos feels great, and there’s something incredibly satisfying about getting that one great photo or finding that hidden Penki hat. The world is an ideal mix of imaginative yet unsettling and it creates a horror-esque environment without actually putting the player into any real danger. There’s a lot to do and discover in Penko Park and the only way to discover it all is to grab your own camera and hop into that cart.

Penko Park is a delightfully creepy and well crafted atmospheric adventure that will appeal to your sense of wonder as you try to get the best photos you can of the mysterious animals that inhabit this abandoned park.