Reviewing Touhou Hyoubana ~ Antinomy of Common Flowers. which discussing the both the pros and cons of this bullet-hell, competitive fighter. A fun game but hard to master if you don't know what you are doing. 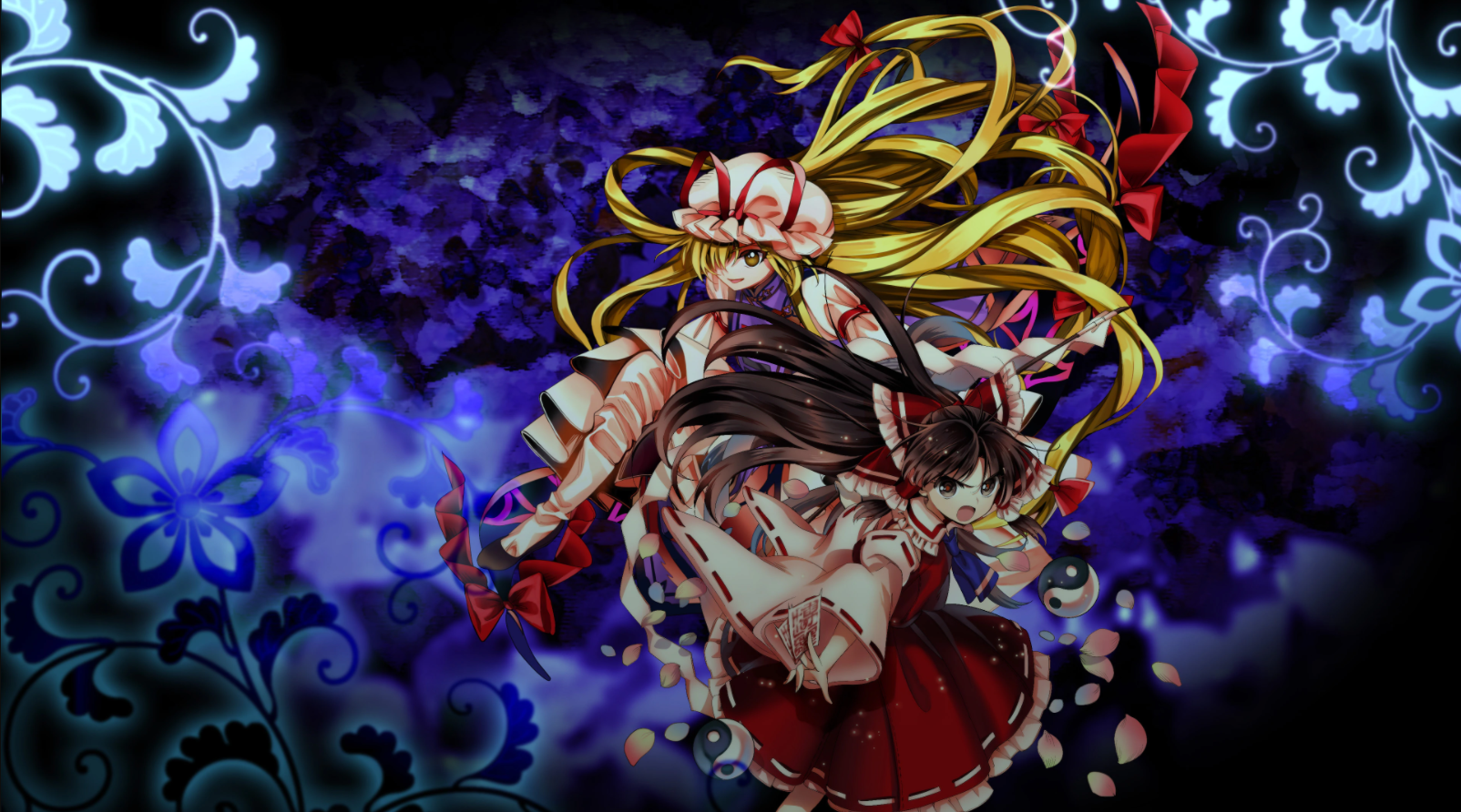 When a series has a known style, it’s really great when the developers experiment or give the player a different type of game by trying a new genre. It shows that they are willing to try something new out, even if it turns out to not be the best, and it keeps fans on their feet by surprising them with the unexpected. For example, Pokémon being an RPG series and having spin-offs like Pokémon Snap or Colosseum and XD: Gale of Darkness, in which you still have the Pokémon but the gameplay is not traditional. Touhou Hyouibana～ Antinomy of Common Flowers is from a series usually known for being a bullet-hell. So what about mixing a competitive fighting game with the fighting style of a bullet-hell? It’s a recipe for fun and hard techniques, but with satisfying results. Antinomy of Common Flowers takes the girls from the Touhou series, and has them fight each other with the phenomenon of “Prefect Possessive” taking them over, all the while being a cute, pixel sprite fighter.

Touhou Project usually has some top-notch music, giving you something to bob your head along to as you dodge your way through hundreds of bullets. The soundtrack is a perfect blend of background noise and the hype music you want in a fighting game. It’s not distracting, annoying or grating to the ear, but instead is a nice mix of sounds that really invests  in the game. Yorimashi Sits Between Dream and Reality ~ Necro-Fantasia, the Yukari Story mode Battle theme, it is very intense and dramatic with the piano, almost sounding a lot like a song from Undertale. The other song I recommend was Tonight Stars an Easygoing Egoist (Live ver.) ~ Egoistic Flowers, is the theme of Jo’on & Shion Yorigami. The song is called “live ver.” because throughout it you can distinctly hear a cheering crowd since the stage it is played on is a concert featuring the Prismriver Sisters. Those two songs are personal favourites however, I believe they are good examples of what to expect when I say top-notch.

The art for Antimony of Common Flowers is pretty cute and pleasing to look at, staying somewhat faithful to the style of the series. It features anime profiles, 16-bit sprites and manga panels. The expressions are very amusing and striking, almost perfect for something like reaction images when it comes to the profiles. The 16-bit sprites and are very fluid and detailed when it comes to a laughing animation or a bouncing piece of hair, the amount of effort to telegraph everything is generally nice to see. Sprite seems to be a style of art that will age well and never be hated. Being both simple but graphic, it’s perfect and really fitting to a fighting game because it’s not difficult to see what’s happening and it’s not too distracting.

The manga panels were a surprising feature I found after completing the story mode of the game, giving you a run-down of the conclusion. It was something that was nice to see since it wasn’t just more of the same assets previously used. Because the series is popular in both games and manga, it made sense to have it included. Antimony of Common Flowers also keeps the text and text bubbles from the original game, which adds charm to the scenes and makes it feel like it’s right out of a visual novel, feeling very genuine. It’s a little detail that could have been removed, but then it would have felt really empty in the scenes before and after fights.

The story is nothing too dramatic or special however, it is a fighting game so of course it doesn’t need to be. It features a series of fights putting different girls together as we see their perspective throughout this phenomenon. The phenomenon is a person having another person take control of both their mind and body. Called “Perfect Possession”, this has been happening all over and to almost everyone. Throughout the story, the girls try to figure out why and how this is happening, while coming across others who are using this new-found power and exploiting it. It’s pretty simple, and gives players something to do that’s not just fighting friends, however, it would have been nice to be able to unlock other characters or modes like in Smash Bros. or other fighting games.

Touhou is a series that falls into the genre of bullet-hell, shoot ‘em up, usually over-loading the player with something happening in every inch of the screen. Though the series has done other styles of games, they stay within the genre of bullet-hell regardless. From Touhou Luna Nights, which is a metroidvania game or Touhou Scarlet Curiosity, which was an action RPG, every Touhou game all feature bullet-hell gameplay. Using that as a base, having a fighting game isn’t new, as there are fourteen in the series including this game, it’s a really fun spin on the fighting formula. The change is nice and I really enjoyed it, it’s similar to Skullgirls with the range you can be at.

From up close to faraway, destroy your opponent or dodge everything on screen. It’s a nice change, however it becomes unfair once you figure out the patterns and invisible frames as these. They are really important in the competitive fighting scene. It is the difference between you beating everyone and losing every fight. In Antimony of Common Flowers, there’s a brief second where a person can’t be hit, and I mean brief, and if you know a character well enough, you can combo or spam the same two abilities to beat most characters. If you have never played a fighting game before, use a D-pad as it will read your inputs more than a stick, and you’ll be able to get more combos in. It can be also very challenging if you don’t know the characters, or you don’t have a good side plus circle (on PlayStation) because you’ll be combo’ed without any counterplay. At most, you do have the bonus of a Y-axis in this game, but mostly you are limited to a set X-axis. This happened the most in the story mode for me around the last two characters. Even on normal or easy difficulty, the second phase of some characters seemed unfair and unenjoyable. If it’s either against others or in the story, the difficulty of the combos and the A.I. are on another level and can be really hard if you’re rushing around or not paying attention. But this is fitting since that’s the mindset you need for playing bullet-hells.

Touhou Hyouibana～ Antinomy of Common Flowers is a fun change to a fighting game that you could play with a couple of friends, much like Smash Bros. or Mortal Kombat, however, it doesn’t have tons of players online or have much of a story. You should get it if you love the series and have friends to play with, but it’s nothing you’ll spend hours on. The designs and music are fantastic and the best parts of the game and the characters are much themselves. But the only downside is that it’s lacking more gameplay or modes.

Kat reviewed Touhou Hyouibana ~ Antinomy of Common Flowers. on PlayStation with a copy provided by the developer. The game is also available on Steam, and Nintendo Switch.

Antimony of Common Flowers is a really cute fighting game that's also challenging with bullet-hell mechanics but doesn't have much to offer online or in other modes after the story.