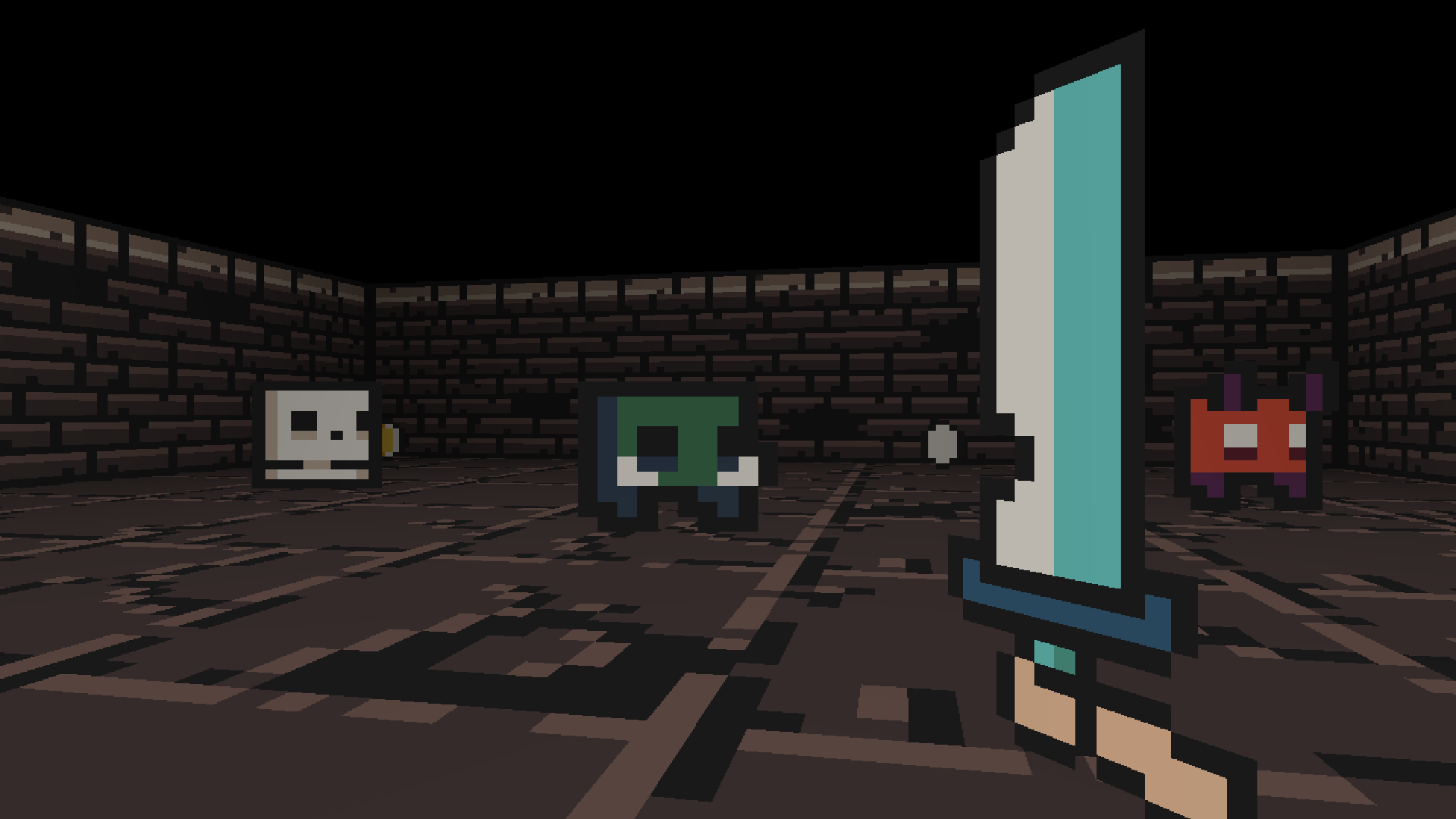 Screenshot Saturday is a weekly feature on GameLuster, based on the Twitter hashtag, focused on upcoming indie games. On Saturdays, developers will post screenshots or GIFs of their games on Twitter. Each week, we compile 5 of the most visually interesting #screenshotsaturday tweets.

Bryan Cox, one of the designers for the upcoming Blue Omen Operation, posted this GIF today of a cute little hamster bouncing on flan. This whimsical little world reminds me of the old-school Kirby  Gameboy games. And that hamster character? Oddly reminds me of Rick.

Not only is the art for the upcoming Static interesting, but so is its concept: a walking simulator with audio puzzles. Developer Eli Cauley is best known for his work on this is hard for me. A release date for Static hasn’t been announced yet, but you can follow him on Twitter and check out other gorgeous screenshots.

This video demonstrates gameplay from the upcoming adventure game, RIVERSIDE.  It’s currently in development for the Nintendo Switch. Its art style reminds me of Paper Mario. No release date for the game has been announced yet, but you can check out more screenshots and exciting gameplay videos on the developer’s Twitter.

Nothing like a retro dungeon crawler! Developer Okaeri Studio posted this short gameplay clip from their upcoming game, Doomgeon, which borrows inspiration from the classics Doom and Diablo. It’s currently in development, and the dev plans to release the game for Android and desktop platforms.

We only get to see a few seconds of Milleville, but it already reminds me of a cute, cozy small town. It’s probably a great place to raise your kids. Milleville is an area in the upcoming Multiverse, a story driven puzzle game about parallel universes. You can follow development of the game on the developer’s Twitter.

Check out the #screenshotsaturday hashtag on Twitter to learn more about other upcoming games. Let us know your favorites in the comments below!