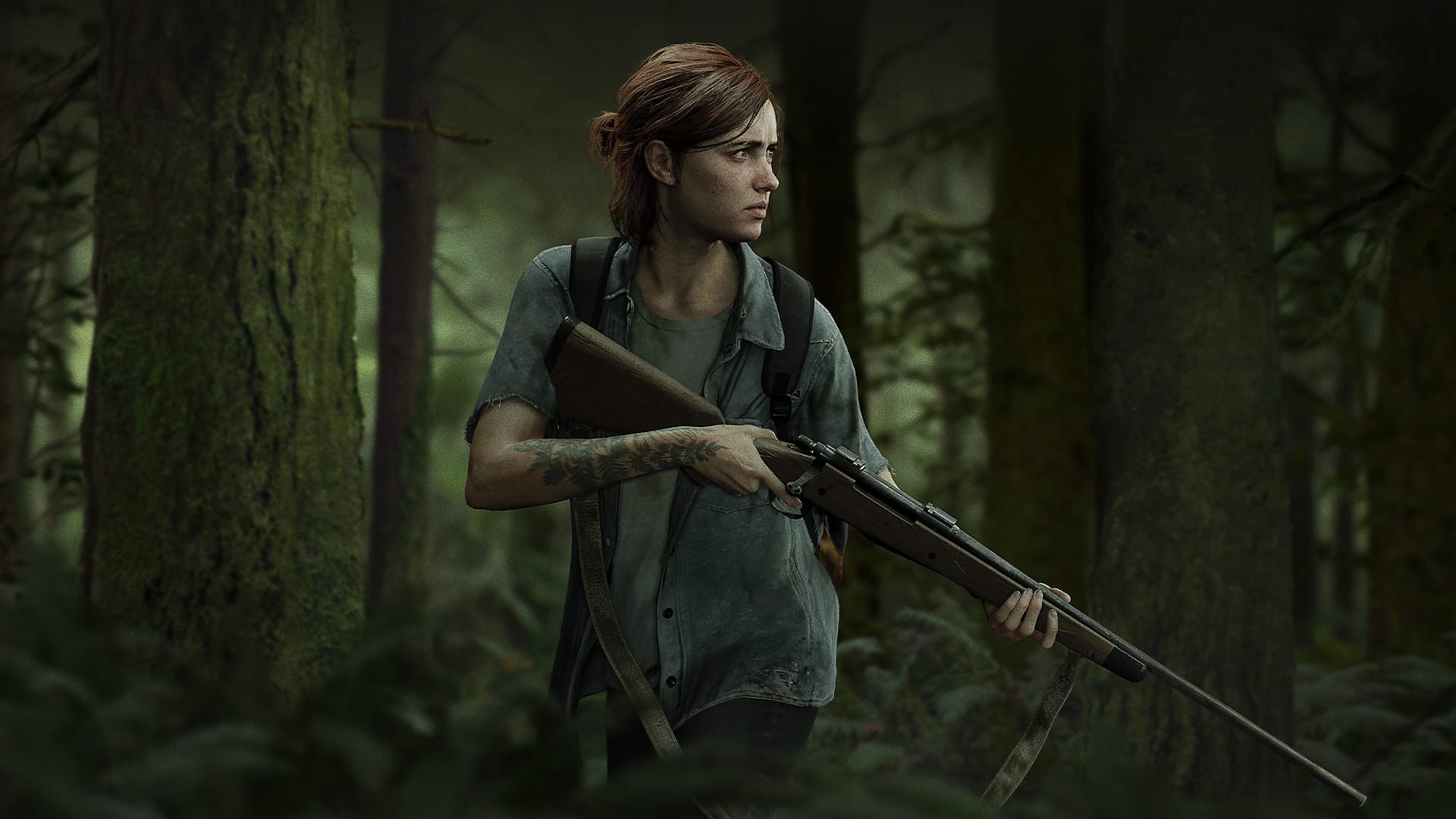 During a recent Summer Game Fest showcase, Sony and Naughty Dog gave a “State of Play” presentation to show fans what is likely the final pre-release teaser for The Last Of Us Part II before its release on June 19.  With all new gameplay footage captured off a PS4 Pro, Neil Druckmann narrated a collection of cutscenes and expanded on some of the new systems players will be running into as they set out on their mission of vengeance.

First, the game seems to be shooting for a pseudo-open world sort of experience.  Much like its predecessor, it will be covering different locations and span different seasons.  But where the first game was markedly linear (despite being very well hidden), this one seems to suggest a much more expansive set of areas, ones which will require transportation by boat or by horse to cover effectively.  Adding to this, players will be able to have more options to explore vertically as well as horizontally.  For all of that, though, the presentation seemed to indicate the bulk of the game would be taking place in and around Seattle, Washington.

Second, the skills and equipment options appear to have been broadened.  Where before you had a few skill levels that let you carry more parts or improved durability of melee weapons, there now seems to be a broader array of skills.  The full depth of this system likely won’t be properly explored till after launch, but it suggests you can replay the game with a different build and explore a different play style.  The workbench system has likewise been upgraded, letting you customize your weapons more thoroughly than before.  There also seems to be a much broader array of consumable items and single use munitions.

Third, friends and enemies are going to be a mixture of the new and the familiar.  Interestingly, while Joel was around in the cutscenes they showed, it didn’t seem like he was shown off at all as a potential ally.  Ellie looks to be working solo for a substantial portion of the game, with allies dropping in as guest stars for certain sections, rather than a partnership throughout.  The Infected are still around, with classic Clickers and Runners joined by new mutations, at least one of which wasn’t visually revealed but aurally hinting at being big and pissed off.  As for humans, two new factions have appeared to replace the unorganized Hunters and comically inept Fireflies of the first game.  The Washington Liberation Front seems to be taking the place of the Fireflies.  A more successful resistance group, WLF enemies are likely to be carrying military grade firepower to protect their turf and guard dogs to help sniff out intruders.  Meanwhile, the Seraphites look to be filling in the role of post-apocalyptic cultists, and the nickname of “Scars” doesn’t suggest they’re a peace-and-love kind of sect.  It’s unlikely there will be enough ammo on hand to kill all of the enemies yourself, but a well placed noisemaker could reasonably allow for the three groups to at least soften each other up before you move in to finish them off.

The new gameplay footage showed a new location within Seattle and dialogue with some of the WLF mooks (right before shooting or shanking them), though it did seem similar to prior demos where Ellie is sneaking around and fighting for her life.  That said, the gameplay demo did potentially raise some questions for how the storyline is going to fall out.  Ellie spends the eight minutes allotted to her trying to make her way towards a woman named Nora, presumably to put a bullet in her head.  When she finally reaches her target and asks, “Do you remember me?”, one wonders if Nora is simply one of the people who wronged Ellie earlier in the storyline, or if she’s actually Riley from the “Left Behind” DLC, all grown up and operating under an assumed name.  The character does look somewhat familiar.  We’re left with Ellie ominously confirming, “Yeah, you remember me.”  The how and the why, we’re just going to have to find out when the game drops on June 19.