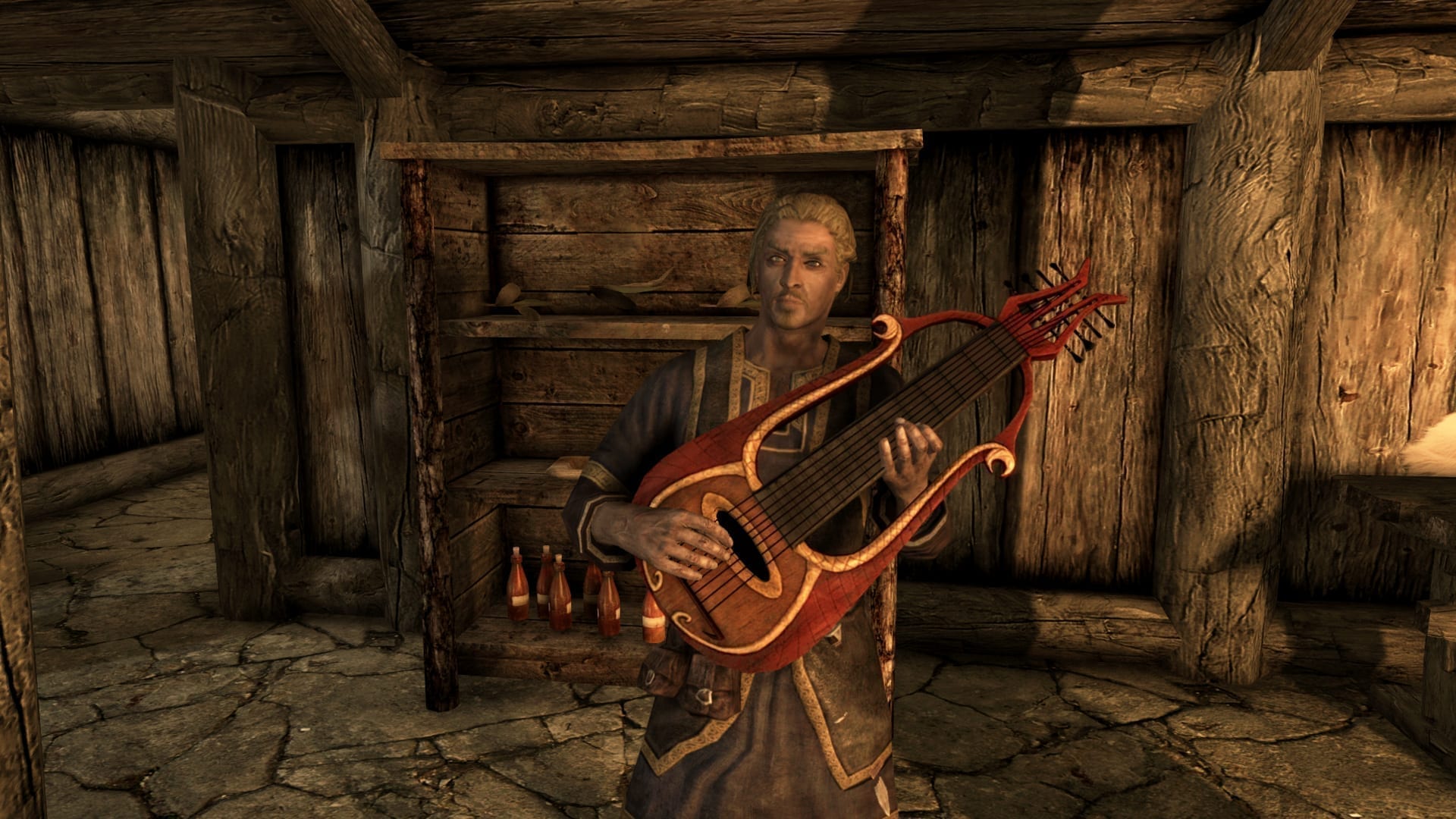 Music is one of the most important aspects of a game. Imagine a Dark Souls boss battle without an orchestra raging in your ear drums, imagine the emotional moments in Telltale’s The Walking Dead with just an awkward silence, imagine being pursued by a mudcrab that’s a mile away in Elder Scrolls IV: Oblivion and not knowing it’s happening. Gameplay and storyline are significant but music is what spurs up your emotions when playing a game. It generates fear, excitement, relaxation or sadness. Here are ten games with truly brilliant soundtracks that were almost as good as the game itself.

Although the 2016 reboot is equally as impressive, it wouldn’t have happened without the 1993 original soundtrack by Robert Prince. Doom’s heavy metal composition really pounds into the satisfaction of crushing demon skulls in time to some crazy guitar riffs. Taking inspiration from great punk and heavy metal bands such as Alice in Chains and Metallica, it’s no wonder Doom‘s soundtrack has such head-banging tunes. A perfectly aggressive soundtrack to match a perfectly aggressive game.

The Doom OST album is available to buy here.

Over 110 musicians worked with Woody Jackson to create the soundtrack for Red Dead Redemption 2. The music knows when to stay minimal at the best times, not bothering the player too much during peaceful world exploration. But it also knows when to produce beautiful pieces to really make the player feel like they are in their own Spaghetti Western film. Everyone who contributed towards the soundtrack did such a good job that the Director of Music and Audio, Ivan Paulovich, said the player will only actually hear a third of the mass amount of music available in the game in a standard playthrough (at least 40 hours of gameplay). Although it nails the Spaghetti Western approach, enough experimentation was used to create a more unique style which is what differs it to Red Dead Redemption‘s soundtrack.

If you want the ultimate studying playlist look no further than Austin Wintory’s Journey soundtrack. Rather than creating music to suit a character or scene, Wintory wanted the score to focus on the player’s journey, and had the music react to certain movements or progression. Famous cello player Tina Guo is also featured on the soundtrack which makes it stand out even more. Most impressive though would be the game’s accomplishment of being featured at No. 116 on the Billboard Sales Charts, the second highest ever for a video game album (the first being Guitar Hero III: Legends of Rock). It’s very rare for video game albums to make this list at all.

The Journey OST album is available to buy here.

NieR: Automata‘s soundtrack is filled with memorable tunes which really build up more towards the end of the game. Keiichi Obake’s score is partnered with vocals by J’nique Nicole and Emi Evans which makes a hauntingly beautiful combination.

The NeirR: Automata OST album is available to buy here.

Portal 2‘s score sounds like a computer having a meltdown, which fits perfectly with the game itself. This is the ultimate wacky adventure and needed music to match. Mike Morasky both scored and computer generated this assortment of machine-like noises which often react to the player’s actions, building up as you progress through a puzzle or use a new tool. It’s very diverse and comes with plenty of brilliant moments during key story developments, especially the final boss theme, ‘Bombs for Throwing at You’. There’s actually one piece of music in Portal 2 that will only repeat itself every 76,911 years, 125 days, 7 hours and 56 minutes and 30.3 seconds – at least it won’t get stuck in your head!

The Portal 2 OST album is available to buy here.

Composer Koji Kondo has worked on many Nintendo games in his long career, though his best work is widely perceived to be the iconic Ocarina of Time soundtrack. It marked a turning point in the music for the rest of the series as new titles then built on what had been written for this installment. The score was mostly done using – you guessed it – an ocarina.

Tracks from the Ocarina of Time soundtrack are available in the 30th Anniversary Music Collection available to buy here.

Like most FromSoftware games, Bloodborne lacks in music throughout most of the gameplay. Whilst navigating through the Hunter’s Dream you’ll mostly hear blood splatter or your character’s dying grunts (you’ll hear this a lot). The tone entirely changes once you enter a boss arena and some morbidly deformed creature comes bounding after you with a sixty-five piece orchestra blasting throughout the room. It took around two and a half years to complete the score for Bloodborne and it was put together by six different composers, both Western and Japanese. But the hard work paid off as Bloodborne’s Lovecraftian horror elements are really brought to life by its masterful music.

The Bloodborne OST album is available to buy here.

It should be illegal for Final Fantasy VII to not be in a best soundtrack list and there’s a strong reason for this. The music for this 1997 classic was well ahead of its time and still holds up today. Nobuo Uematsu’s soundtrack does a superb job of helping to tell the story, despite being severely limited by the console technology of that time. Uematsu went against the grain of other video game soundtracks by composing music based on the mood of the scene rather than the overall feel of the game, much like film score composition. Final Fantasy VII was the first game in the series to feature digitalized vocals in ‘One-Winged Angel,’ which Uematsu himself has stated is his favourite battle film in the whole series.

The Final Fantasy VII OST is available to buy here.

The Witcher 3‘s soundtrack makes me want to go gallivanting off into the woods to stab some wolves. Before I had even played CD Projekt Red’s masterpiece, I listened to its score on Spotify – ultimately compelling me to buy a PlayStation 4 and experience the music complete with the gameplay and storyline. Marcin Przybytowicz worked with Polish folk band Percival to create The Witcher 3‘s energetic soundtrack which works brilliantly with the game’s Scandinavian inspired world. The majority of the music was improvised which makes it even more impressive.

The Witcher 3 OST album is available to buy here.

In top place we have one of the most memorable soundtracks of all time. The Elder Scrolls series has a tremendous record of musical scores, mostly done by Jeremy Soule. Between Morrowind‘s magical atmosphere, Oblivion’s adventurous tone or Skyrim‘s barbarian choir, it’s certainly a hard choice to pick between them. However, Skyrim‘s music has an impact even whilst the production logos are coming up during the game’s boot up. There’s a low drum which slowly grows louder the closer we get to the menu, and finally we get to the title page and we’re blasted with a powerful barrage of strong voices and epic music as the menu theme appears. It’s been 11 years after Skyrim‘s release and this music still excites me to play this decade-old game.

Jeremy Soule really delivered a timeless soundtrack which will be hard to live up to in future installments of the series. From the eerie cave music to that gorgeous lute tune played in inns, the world of Skyrim is truly captured through its music and you really felt compelled to continue your epic journey whilst surrounded by the voices of Nordic warriors.

The Skyrim OST is available to buy here.

Jess is a PR Administration Assistant that does games journalism in her spare time. She loves RPGs and horror games.