When Nintendo replaced the Wii with the Wii U, the company billed it as an evolution. Certainly, the Wii U had plenty of new technology like touch screen portable game pads, while it was Nintendo’s first-ever HD console. However, this was not a new era but rather the end of a unique space and time in the gaming market.

It also marked the end of the party game.

Throughout the lifespan of the Wii, Nintendo had re-shaped the gaming industry. Casual gamers had become a driving demographic in the market. While Microsoft and Sony were busy targeting gamers, Nintendo was aiming for everyone. The company succeeded by not competing with its rivals on graphics but instead by focusing on making games accessible for everyone… even your grandmother could play the Wii.

In fact, the Wii was one of the first consoles that wanted to be a living room box home entertainment system. It featured non-game-related tools such as Netflix and a web browser. These days, console gamers are used to having a browser on their device to search Google, look for a PA lottery bonus code, and more. But back in 2007, the idea remained novel.

The history is well storied by this point, but it’s worth pointing out it was not the Wii itself that guaranteed success. Rather, it was the games. It’s always about the games when discussing Nintendo consoles. Sure, the Wii had its fair share of stunning Mario and Zelda titles, but it was defined by party games.

Titles like Wii Sports, Wii Fit, and Wii Music brought families together to play against each other across light-hearted gameplay. While all those games were successful to varying degrees, it was another title that defined the era of the party game. It was aptly titled Wii Party.

Released in 2010, this was a family game that saw Nintendo perfect its idea for a title that could interest everybody in a family. It was challenging enough for dad, zany and colourful enough for the kids, easy enough for granddad, and inclusive enough for mom. Besides all those things, it was just a good game. Sometimes that’s all it takes.

And that brings us to the Wii U and Nintendo’s console evolution. Despite its fancy new features, the Wii U was basically a modern Wii. Nintendo had struck gold and the company thought the success would continue. However, as quickly as gamers adopted the ideas behind the Wii, they were equally as quick to leave it behind.

That’s the funny thing about casual gamers, they tend to be a bit flaky… a bit, well, casual. So, when those non-traditional gamers had had their fill of party console gaming, they simply moved on. What was left were the hardcore gamers, who wanted to get back to the high-concept console gaming offered by Microsoft and Sony.

Again, the Wii U has its share of stellar Mario and Zelda games, but Nintendo’s attempt at a Wii Mk II largely failed. As did the games that received sequels from the Wii, including Wii Party 2. It seemed the amazing concept and gameplay of Wii Party was a time and a place deal.

By time Nintendo ditched the Wii U and created the Switch, the company had firmly moved on from games like Wii Party, and that’s a shame. In fact, it would make perfect sense for Nintendo to develop a Wii Party 3 for the Switch.

While the Wii U failed, the Switch has been a resounding success. Since launch in 2017 it has sold 55 million units, around the same amount as Microsoft’s Xbox One achieved since its 2013 launch. What’s interesting about the Switch is it builds on elements of the Wii and Wii U, so again is a console built on evolution.

However, it has also thrived with a more classic game approach. Yes, Nintendo will always aim to tap into casual gamers, but it has done so with its core stable such as Mario and Zelda. A Wii Party 3 release would not be designed to be a core part of what the console is about. Instead, it would provide an interesting change of pace in the current console market. 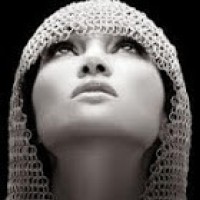 Maria Taylor is content marketing expert & has contributed on several blogs online. She loves to write for blogs & feel free to connect with her at