During the Dota 2 international, Valve announced a card game based on Dota 2. The game is called Artifact and does not have a release date. Many fans have responded negatively. Their frustration stems from a number of things: they hoped for a demonstration of new heroes, the release of an Arcana cosmetic set for Pudge, and the continuation of another Valve series.

Since the announcement, ex-Valve writer Marc Laidlaw posted the plot of Half-Life 2: Episode Three online. Realizing that the Half-Life sequel would never be released, fans began pelting Dota 2 with negative reviews that had nothing to do with the game. Needless to say, there are former fans of Valve who are extremely upset with them. While Artifact isn’t the game they wanted, there are things to reconsider.

Valve Hasn’t made a Game in Years

Fans are completely justified holding Valve with contempt. After the creation of Steam, many members of their creative team left. The selling platform provided more than enough income for the company so that creativity was no longer a driving force. Most of their efforts have now been focused on creating content for some of their current titles such as Dota 2.

While Artifact isn’t creating a new intellectual property, the fact that it’s a new game is significant. Valve is taking a note from Blizzard and creating a card game to compete against Hearthstone. While we’re not sure what the mechanics of the game will be, we do know that Valve has never been sloppy. We’re not sure who the creative team behind it is, but it would be unsurprising if they brought on new talent like they did for Dota 2 with Ice Frog, the creator of Dota.

Why a Card Game?

While they are jumping on the bandwagon, Valve has acknowledged that electronic card games have been flourishing. Ever since Hearthstone entered the scene, die-hard Blizzard fans, table-top enthusiasts, and casual gamers have flocked to the e-card genre.

While Hearthstone wasn’t the first of its kind, it certainly is the most popular. It’s intuitive, free, and playable on desktops, smartphones, and tablets. Other companies began investing in the e-card genre, CD Projekt Red with Gwent, for example. Realizing this, Valve must have figured that some Dota 2 fans would be willing to play an e-card game if it used the same intellectual property.

Valve is a Master of Free-to-Play Games

While we know the game will be aesthetically appealing, the real money will be made from in-game purchases. With Dota 2, Valve makes over 18 million dollars a month. To clarify, Dota 2 is a free-to-play game and the only parts that can be purchased are aesthetics. In an e-card game, there are numerous things that could be purchased: card packs, single cards, and more. This isn’t to say that Valve will do something maliciously underhanded to gouge money out of the players; they make enough money elsewhere. Valve simply knows how to get a community invested into its game by allowing them to take part in its creations. 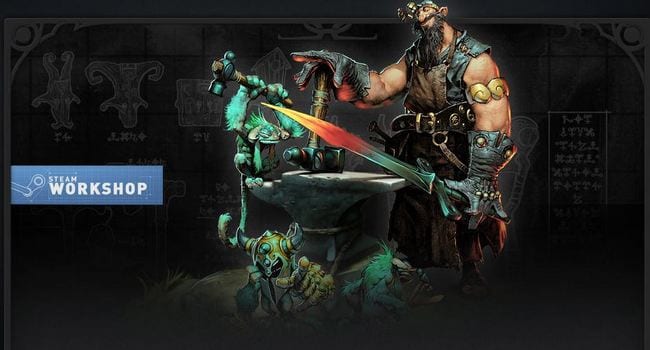 Part of the reason Dota 2 makes so much money is because individuals can submit designs for in-game aesthetics. Players also have a vast amount of customization choices. This is something Valve does better than Blizzard. (It wasn’t that long ago when there was controversy over the drop-rate of items from loot-crates.)

While there’s still a lot to learn about Artifact, Valve will at least put their best foot forward when releasing the e-card game. It isn’t Half-Life 3, but it’s something new. It may be best to reserve judgement on the game. There are plenty of other more justifiable complaints to make against Valve, specifically of the green light process of new games in the Steam Marketplace.