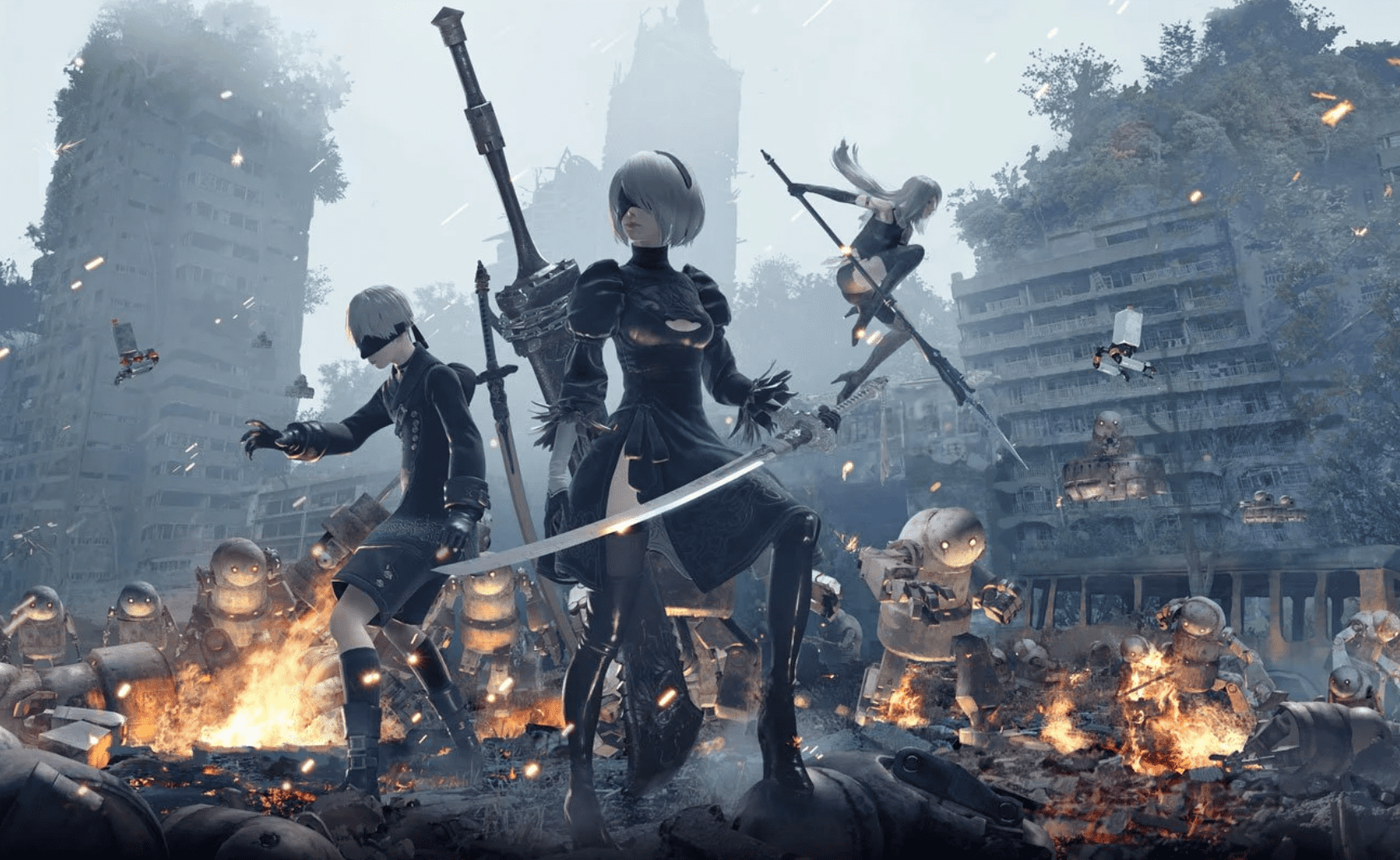 2020 has undoubtedly been a bizarre year all around — which might just be why Western fans have flocked to the worldwide release of the surreal SINoALICE, director Yoko Taro’s original mobile game. First debuting in Japan in 2017, SINoALICE utilizes the “gacha” model of gameplay, in which players must randomly “summon” weapons, creatures called Nightmares, and other items which will aid them in the game’s real-time combat system.

While SINoALICE primarily features an original story, taking place in a world called “Library” in which characters from classic fairy tales have come to life, it recently featured a crossover event with Taro’s popular titles NieR and NieR: Automata. Characters from the NieR setting traveled to Library and teamed up with the player in an all-new story mission.

During the Automata collaboration, one of the summon-able characters was, of course, the adorable android 2B, one of the primary characters from Automata and arguably the most recognizable figure in the NieR universe. Players who successfully obtain 2B will be able to view her in-game profile, which contains some surprising new information about the gorgeous yet deadly robotic fighter.

In particular, information about her bottom.

Yup. You read that right. 2B’s profile reveals that Automata’s YoRHa androids feature heat sinks, to siphon off the extreme amount of heat that the units generate during battle. For female-identified YorRHa, such as 2B, the heat sink is located “on the skirt area.”

And just how hot does 2B’s posterior region become when her heat sink is revving at full power? According to the information provided by SINoALICE, her “skirt area” can reach temperatures of up to 100 degrees Celsius — aka 212 degrees Fahrenheit! If someone asks 2B, “Is it hot in here,” the gorgeous fighter can honestly answer, “Nope, it’s just me!”

SINoALICE is available to download for free via iOS and Android devices. The NieR / NieR Automata collaboration events are ongoing.