It was recently announced that Liz Albl will be the lead narrative in the upcoming Bioshock game. “The dream is real!”, she announced when she posted to Twitter on Wednesday, as well as revealing she was joining Cloud Chamber as Narrative Lead. Liz, who has previously written for games such as Watch Dogs: Legion, Ghost of Tsushima, Far Cry 5 and Assassin’s Creed: Black Flag is no rookie when it comes to story-driven games, so fans are eager for her to step into the role.

Although not much is known about the latest game in the Bioshock franchise, its release was teased back in 2019 by publisher 2K. However, fans were told that it would be ‘several’ years before they could expect to see it. After the closure of Ken Levine’s studio, Irrational Games, the original creators of the retro-futuristic series, the project will now be overlooked by Cloud Chamber.

In a video by Sacred Symbols, journalist Colin Moriarty revealed that the next Bioshock game will take place in a fictional Antarctic city during the 1960s. With previous instalments taking place in an underwater city during the 1960s and a cloud-top city in the early 1900s, this setting will be a brand new environment for the team. However, Moriarty also claimed that the game’s narrative would be linked to the three previous releases. “Apparently the inclination there is that they understand full well that this game will be compared to what [original BioShock creator] Ken Levine does,” Moriarty went on to say.

Although Ken Levine will not be a part of the next release, many developers who were involved in the previous Bioshock games will be involved in Bioshock 4. This includes Scott Sinclair, the art director responsible for the floating city of Columbia in Bioshock Infinite, Jonathan Pelling, a designer in the previous games who will be design director in the newest and Hoagy de la Plante taking on the role of creative director.

With rumours that Bioshock 4 will be an open-world game after a job listing looking for “someone who can weave impactful, character-driven stories in an open world setting” was spotted by the people over at PCGamesN, there is no doubt that the game looks to be as exciting as its previous hits. Until we get the new game, we’ll be playing the Bioshock Remastered Collection.

What do you want to see out of a new Bioshock game? Let us know in the comments below, and stay tuned to GameLuster for more gaming news. 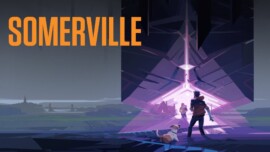