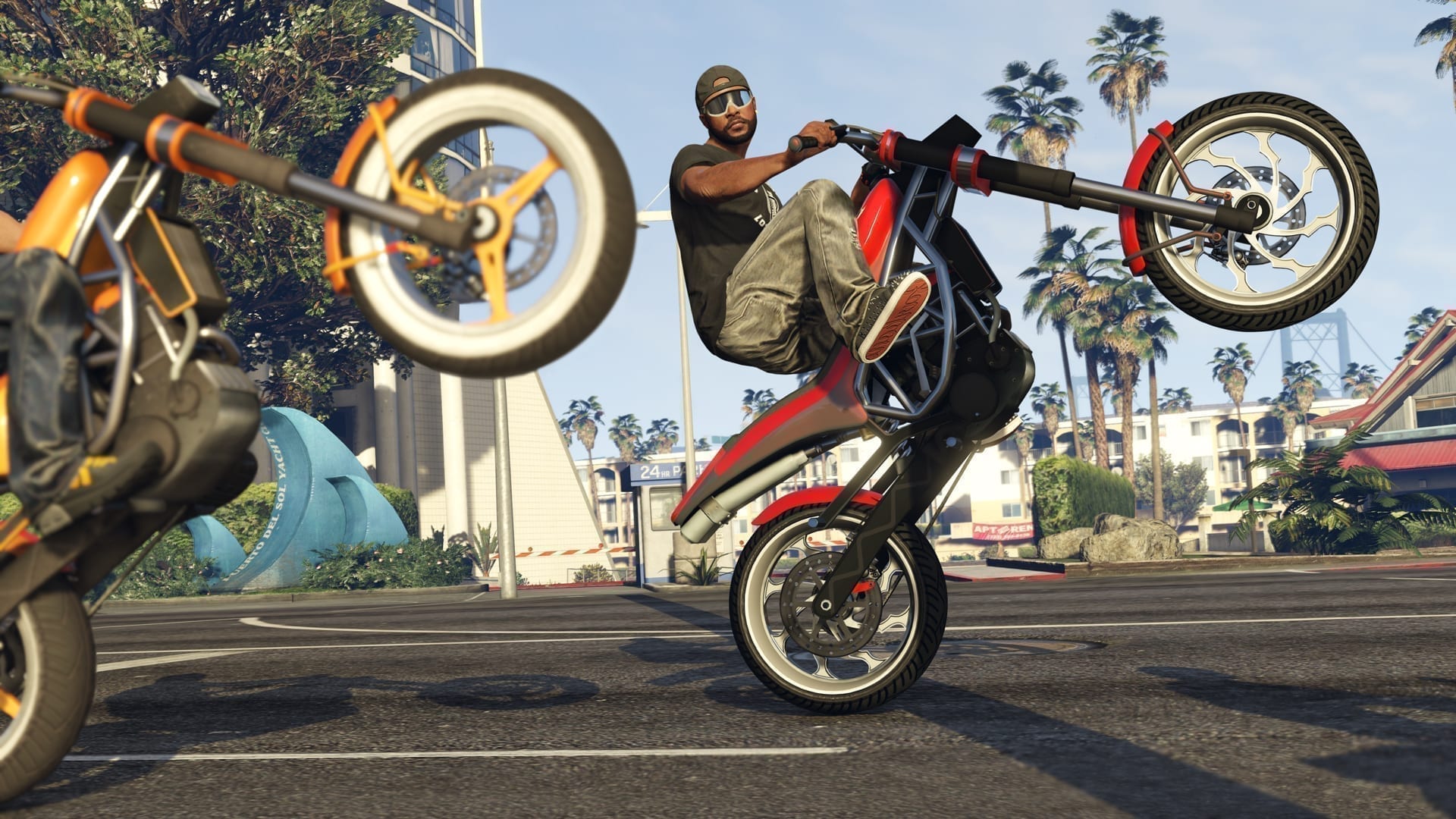 This week, GTA Online is giving away Green and Purple Martian bodysuits for free. The special offer, as announced by Rockstar via Twitter, lasts an entire week. As an additional bonus, players are also being offered a free pool cue from Ammu-Nation until May 13.

In order to pick up a suit, players just have to go to any clothing store. To track one down, just head to outfits, then into Arena War, and then bodysuits.

Typically, a green or purple martian bodysuit would set you back $300,000 in the world of GTA Online. The reasoning for this freebie deal goes back to an ongoing player war between those favoring green alien suits, and those who prefer purple. (This is a very important issue, clearly).

The debate appears to have originated from Reddit and TikTok posts that have since gone viral. The posts depict players in green suits catching unsuspected plain-clothed players. As a result, those in support of the purple suits have started to rise up. All in all, it results in the two opposing sides beating the living daylights out of each other in an attempt to find an overall winner.

Green and Purple Martian Bodysuits are free in GTA Online all week long.

Grab yours and join the fight – available from any clothing store by going to Outfits: Arena War > Bodysuits.

Plus pick up a Pool Cue from Ammu-Nation for free until May 13. pic.twitter.com/PUkUYB3B3g

Better still, as this hilarious debate gathers some serious momentum, a proposed ‘alien war’ is due to go down at Los Santos Airport on May 15, as a Reddit post urges players to spread the word.

The Peyote plants cause you to hallucinate as various animals, one of which is Bigfoot. Once a player exits the mode, they’ll respawn at a hospital, and will be awarded with RP.