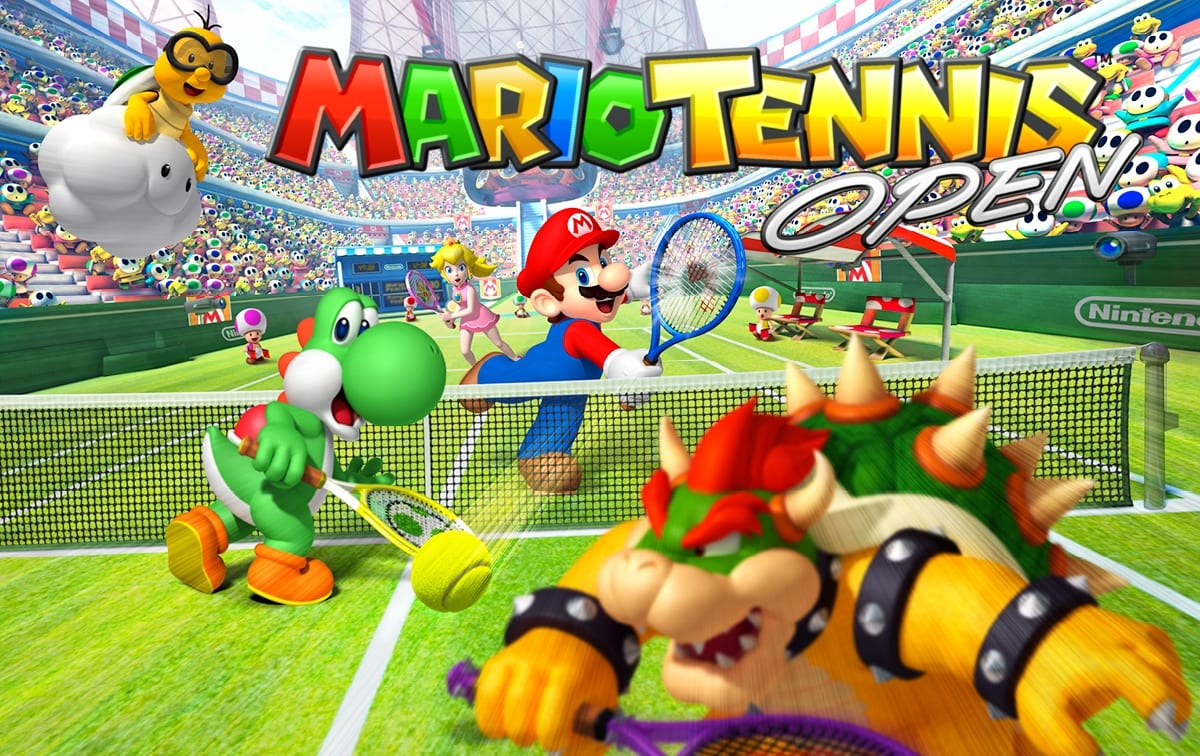 Nintendo has finally made a new Mario Tennis, without counting the re-release of Mario Power Tennis for the Wii, it has been about 7 years since there has been an update to the franchise. But has the long break actually helped the game to make it feel new and refreshed or does it feel like a rushed game only to be able to help 3DS in having more games?

Although this doesn’t regard the game itself and will not affect its score, it does warrant enough to be mention. If you look at the cover art of the game in the scoreboard you can see it says koopa instead of Bowser. Yes, technically he is koopa but I don’t see why Nintendo of America didn’t have the time to fix it. Also, inside every 3DS game it has cut out squares and I was hoping to see something in there such as the character roster instead of being blank. I know when I got Kid Icarus it actually has pit and Palutena and it was nice seeing all their different expression. I know in Japan it often has something printed in the squares (not sure about Mario Tennis Open).

Now to the game, as soon as you loaded it up the intro begins, and boy was I disappointed. If you have seen the previous Mario Sports, particularly the Camelot games Mario Toadstool Golf and Mario Power Tennis, you would notice their intro was amazing , but in MTO it’s like they didn’t try to even make it interesting. Is this a nitpick, yes it is. Is it justified, probably not, but still I felt disappointed.

The presentation, the graphics are quite great on the game. Maybe not on par to Super Mario 3D Land but definitely as expected. The characters move flawlessly and the game is bug free (as games should be). The music is nice, particularly in the game winning point, a nice way to get pumped, but overall the music isn’t as memorable as other Mario games. I am actually quite disappointed with the 3D of this game. I am not an advocate of 3d nor hate it just indifferent. I am quite surprised with its 3D effect unlike Mario Kart 7 or Super Mario 3D Land which had fantastic 3D. In MTO , it just feels tacked. It’s not bad its just not great.

The game play gives you several options on how to play. You could use the customary layout by using the ABXY buttons or you can use the touch screen instead. I personally didn’t like the touch screen, but I never did like playing on touch screen phones to much. It just doesn’t give the same feel when you use buttons. Still it is nice that they gave an option, probably to appease touch phone users who enjoy touching. It also has a gyro sensor feature where if you look up it shows more of third person angle the character for the most part moves on its own with minimal control required. If you have your 3DS looking down then you see a top down view of the whole court. I didn’t like the gyro sensor feature because I would accidentally tilt it up a bit high and it would mess me up. I also don’t like that it controls on itself so I just turned of the feature. It is great that Nintendo added more control variations because other people may actually enjoy the other types of controls.

In the Tournament Mode you can either do Singles or Doubles and Play 3 different Matches on each cup. There is 8 Cups in the game. The last four require you to beat the Champions Cup to make your player a star player. So if you beat the champions cup with your Mii only he can go to the Star Open Cups, so if you decide to change you are required to do Champions Cup to make the new character a star player. The Star Open Cups were somewhat challenging but for the most part it was quite easy. I don’t see myself ever trying to redo since there’s no much you can do unless you want all the characters to have all the cups.

What I like about the matches is possibility of watching replay as long as you want. It also has a close-up replay option and it closes up on the ball so you can see where it landed, its nice feature when you want to see how much your ball was out. The Character roster isn’t that bad but not great. I find it better than Mario Kart 7’s (it has Waluigi! and Bowser Jr.) but I think they could have done better. The Mii must be a way to make up for the not so huge roster. The court selection as could use some variety, very limited selection.

It seems they focused a lot on Mii’s with this game. In fact that is their “reason” for the lack of RPG mode in this game. I must admit I am impressed with how many options you can do to customize your Mii’s racket, shirt, wristband shoes or get a costume outfit. Each affects on your power, spin and move. To unlock the ability to buy them you just play a match, doesn’t matter the length of the match and you can win or lose, and at random one item would be unlock. Now to purchase them you need to make coins and the only way to make coins is by playing the special games. So it is quite easy to unlock items but can be tedious to try to purchase them since there are only 4 special games. The whole game unlockables are basically are Mii items. Only four characters are unlockables and a few stages.

The game comes with four special games Ring Shot, Super Mario Tennis, Galaxy Rally and Ink Showdown, and I would say the best one is Super Mario Tennis.  It has 4 stages from the original super Mario bros, the first 3 levels of world 1 and the very last level. You have three lives, you lose them by missing the ball or running out of time. You have to keep hitting the projection to make points such as hitting blocks or goombas so you won’t run out of time. The stages have been slightly modified to be able to get more points but for the most it is an exact replica. After playing Super Mario Bros countless of times this is a nice twist. Seeing my tennis ball getting bigger with the mushroom power up and then spitting out fire with Fire Flower was just amazing. I would definetaly say this the best part of the single player, and  maybe Nintendo can add even more stages through DLC (hopefully free). Galaxy Rally has you trying to collect star pieces while the floor disappearing, a nice homage to Mario Galaxy series. In Ring Shot you have to get certain amount of points by hitting the ball through the rings. Ink Showdown was quite boring, basically you have three piranha plants shooting balls at you, you can’t let the other player hit ball, and it occasionally throws ink blobs to try to cover your screen.

Unfortunately I wasn’t able to try out the local multiplayer or with friends online. As soon as I  do will edit in. The Online part of the game is what makes this game a reason to come back. You can either play quick, extended or either. In quick it is too see who can score up to 7 first. I still find it ironic since it is possible to get deuce in here so the game can actually last long, it would have been better without it. In extended you play regular match of 1 set and 2 games. In either it finds you games for both selections so that you can find a game much faster. I am not pleased that you cant play doubles online with strangers. Also it would have been nice they gave an option to keep playing the same player or had there been a Rivals section. It has a rating mode similar to MK7, so it can try to pit you against people on your level. It has leader board, not really, and it shows your points and 1st place points and the position you are in, nothing more. Still the online is great and gives the game a more extended life.

So is this game worthwhile? Well do you like Mario? Then Yes. You like Tennis? Yes again. Your 3DS Needs some love because lack of games? Maybe. Other than that this game might not be for you. It is a great Mario sports game with being one of the few that have online, although it may not have a lot of content for single players but the online and multiplayer give this game a long life span .

GameLuster Gives it a 7.8 (not an Average)