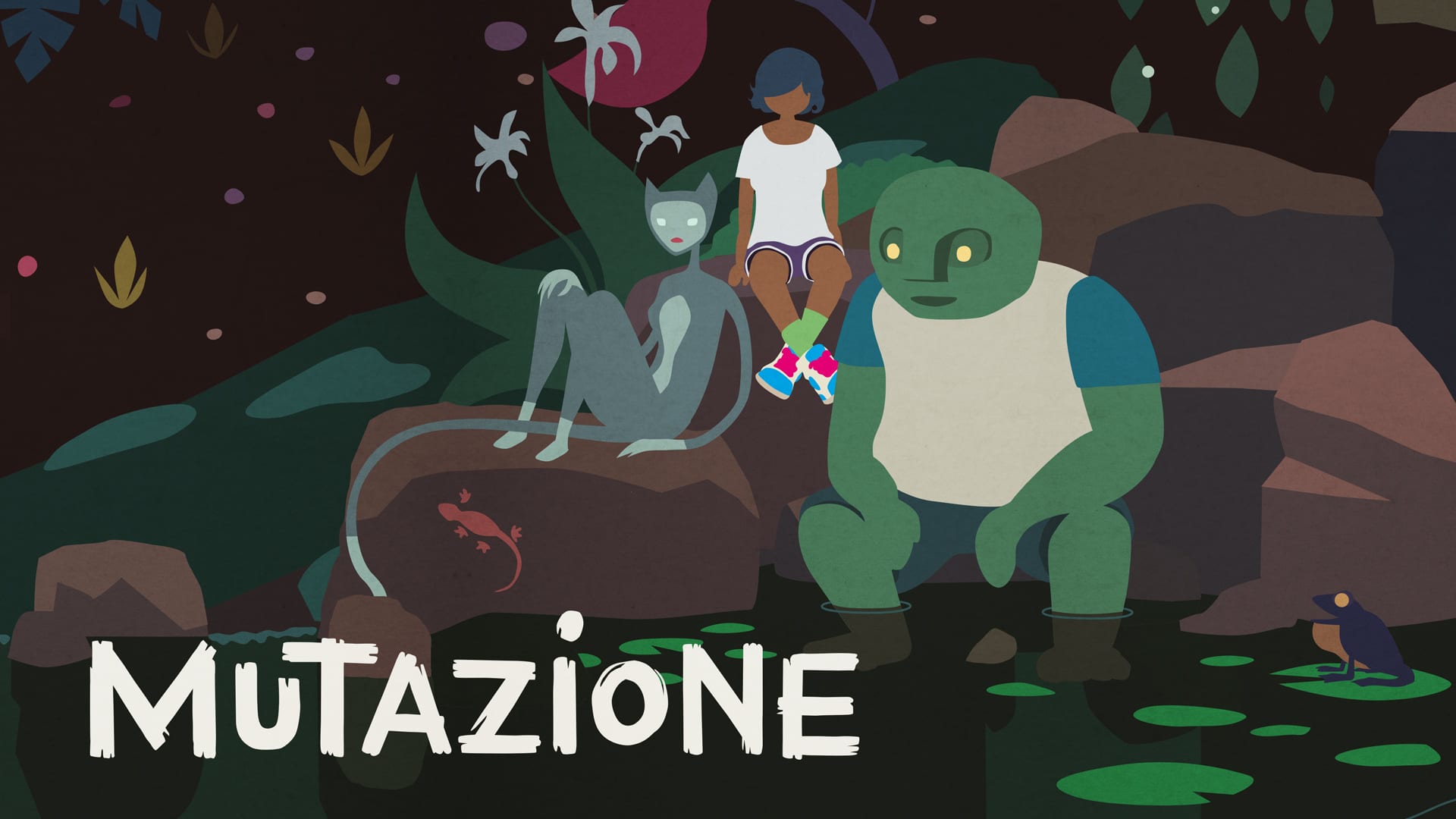 I came across Mutazione when I saw the trailer on Twitter. There was an aura to it that magnetically drew me into Danish developer Die Gute Fabrik’s latest title. Now finishing the game, I can say without a doubt that this game deserves to be heralded as an exceptional indie title that brings to life a story that is so compelling at its core.

The story centers around 15-year-old Kai helping nurse her estranged grandfather, who lives in an island inhabited by mutants. A century ago, a meteor hit the island, which killed most of the inhabitants, and the ones who survived began to develop mutations. In this isolated, small community of mutants is a stimulating story of relatable human experiences.

The gameplay is pretty simple, with the player strolling around the island talking with all the members of Mutazione communities in a day and night cycle. Through the week that Kai spends on the island, you have to visit each person and get their side of the story. While you can continue the story without seeing every person at each time of day, you’d be doing the game injustice. Die Gute Fabrik’s narrative team does a superb job with the story and characters of Mutazione. The story’s mysterious twist and turns grips you, and the characters are just so fun to get to know. Each member of the ensemble cast feels like a living breathing person who you want to get to know and feel a connection with. Mutazione does have choices of dialogue for players to pick, but I am not sure whether there are direct lasting consequences.

The writing brings these characters to life, each with their own flaws, idiosyncrasies, and even speech patterns. The UI helps supplement this by having dynamic texts moves around or changes the size to convey the emotion of the well-crafted words. Each character had a different color and sound for the dialogue text, which made me feel like I could hear what they sounded like, even without voice overs. As you start getting drawn into the small-town drama, you get fully invested in everyone’s character arc, hoping for the best for them. There was the bittersweet sadness when I finished the game because I knew I wouldn’t get to see more of the characters. It is a true testament to the writing that I fell in love with these characters.

The other core mechanic has Kai bring seven gardens back to life. So as you go around the world, you pick up seeds to plant in each of these gardens. Each plant needs to grow in a certain environment. These plants have musical properties and create their own symphony based on the auditory mood of the garden. After building your orchestra of musical plants, the best part was just sitting and listening. I sometimes left the game running in the background just to hear the soothing music. There is immense attention to detail around the encyclopedia of the plants of Mutazione. Though, I feel like it was a bit odd to put in that attention but not force players to use it. I only opened it twice throughout my entire playthrough. It’s such a shame that they went through all the effort, I wouldn’t mind if they forced you to use the encyclopedia.

The visuals are these breathtaking hand-drawn illustrations that are very thoughtfully composed scenes, teeming with life. The minimalist background is filled with beautiful exotic flora and lively, odd yet adorable fauna crawling across the screen. I wouldn’t be surprised if people take screenshots of the game and make it their wallpaper or hang it up in their living room. The atmosphere of the peaceful tropical island brought me to a meditative relaxed state.

The few negatives I had with the game include the amount of time you spend running around looking for more gossip to eavesdrop on, especially in the first few hours. Additionally, it takes a while for the garden gameplay to be introduced. Though when the story starts ramping into gear, you start forgetting that was ever an issue.

I know that Mutazione isn’t going to be for everyone. Especially if you can’t get past the slow build at the beginning. But for any fan of indie games or a more slow-paced gameplay, Mutazione is chock-full of stellar writing that makes everything feel organic, characters that are brimming with personality, beautiful illustrated visuals that leave you a bit awestruck, and a plot that will keep you coming for more. If you loved titles like Night in the Woods or Oxenfree, Mutazione definitely stands shoulder to shoulder with the best of them.

Amin reviewed Mutazione on PlayStation 4 using a code provided by the developer. The game is currently available on PC and PS4.

Review: Mutazione
/
A Mutant Soap Opera That Is Relatably Human

A chill narrative adventure with simple gameplay, enjoyable ensemble cast and intriguing story. It is a slow burn and can be a bit tedious when exploring.