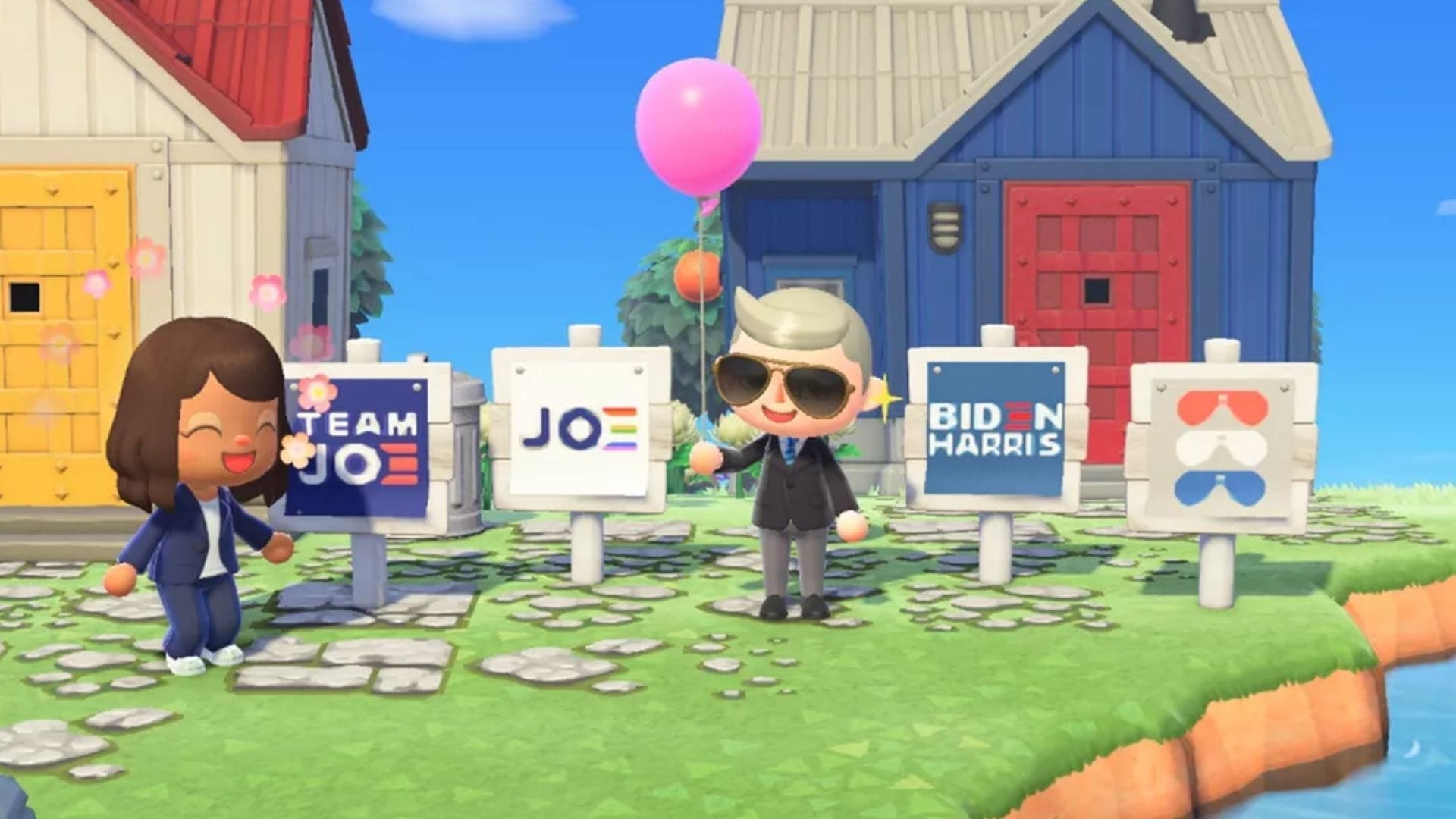 Alongside Animal Crossing: New Horizons’ free winter update, developer Nintendo has published a new set of guidelines regarding what is permitted and prohibited to do in the game.

While businesses and organizations are still allowed to create in-game islands and custom items (presumably also including those featuring themed or branded designs), Nintendo now forbids using the popular island life simulator being used for giveaways, sweepstakes, and other marketing efforts. They are also prohibited from “using the Game inappropriately or creating any content within the Game that would be considered vulgar, discriminatory, or offensive.”

However, one particular phrase in the new guidelines quickly caught the attention of fans and players: “Please also refrain from bringing politics into the Game.”

This is especially notable as many individuals, as well as some larger organizations, have used Animal Crossing: New Horizons as a platform to showcase their political views. In particular, the campaign of President-elect Joe Biden created an island which featured information about Biden’s policies and campaign promises as well as how to register and vote. (New Horizons is not the only game Biden’s team utilized as part of their campaign efforts – they also created a similar informative island in Fortnite).

Nintendo has made it clear that they will take action against businesses and organizations who violate these guidelines. Consequences may include termination of the offending group’s access to the game.

These guidelines do not currently prohibit individuals using Animal Crossing: New Horizons to share their personal political views, such as placing a sign endorsing a political candidate on their island. It remains to be seen if Nintendo will update their guidelines further in the future.