Alternate reality puzzles (or "games," often abbreviated as "ARGs") are when a developer drops cryptic hints that have to be meticulously solved, and give away small snippets of information about upcoming releases or updates to popular titles, and it seems highly likely that Blizzard are making ARGs concerning a new hero for Overwatch, their first person arena shooter that, by now, everyone and their mother, and their mother's dog have heard about. Recently, in an origin story video for Ana, a code was flashed on the screen. This code: 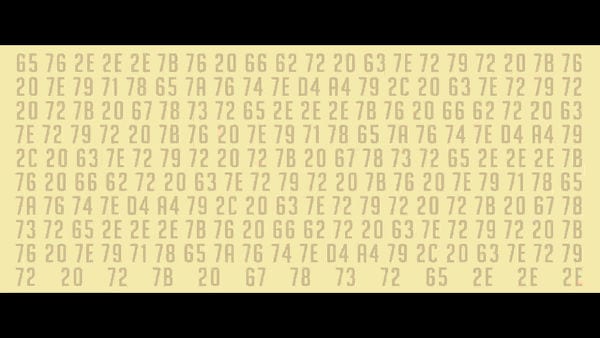 When processed by one bright individual the code reveals the message: "She who has the information, has the power" which lends a bit of credence to a scouting / reconnaissance character. Additionally, to add to the puzzle, a static-filled end screen occupied the developer's recent update video. When this is put through many frankly absurd leaps of judgement, reveals a message. First, the static-like image was translated into a bar-code, which was decoded into binary and then made into a QR code, which when scanned, displayed a message in Spanish which translates (roughly) into "You thought that was easy, well let me make it harder." This would seem to imply more hints are on the way.

This combined with some data mining to reveal audio files implying a hidden enemy, would suggest that a more stealthy character is coming to Overwatch, by the name of Sombra, also hinted at by classified files with her name on, and terminals in the game displaying in Spanish that they are locked down due to the Sombra protocol.

Exactly how well will a stealth hero mold into the game mostly populated by all out brawls is yet to be seen, but there is a fair amount of excitement among the community.

Gran Turismo creator says that Playstation 3 was a "nightmare"