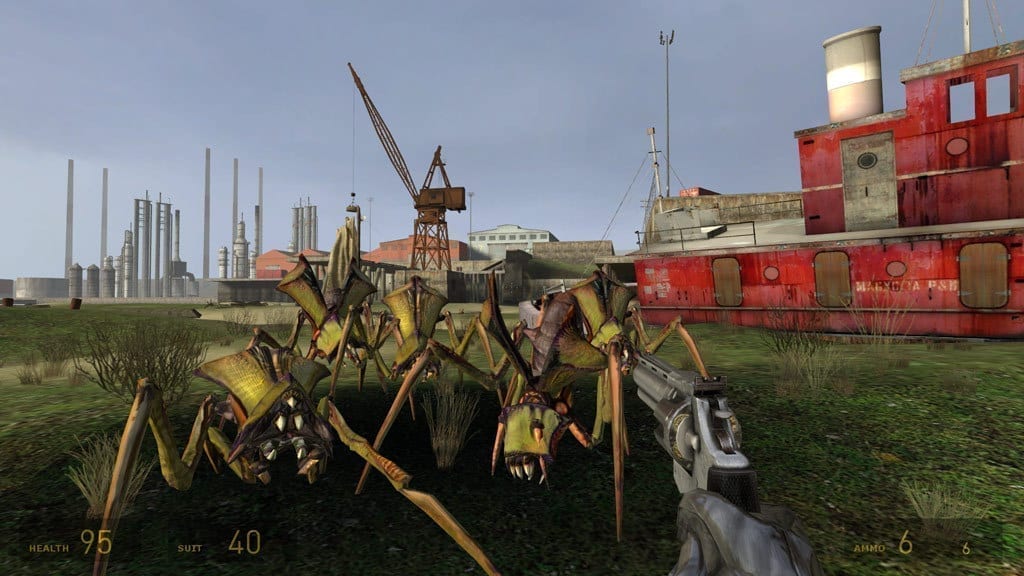 Welcome back, everyone. In the previous article Phobias and Video Games Part One: The Negatives we investigated how some video games trigger phobic responses, what phobias are the most commonly triggered by them, and what aspects of video games can magnify these responses. In this part we will investigate;

How Developers Can Make Their Games “Phobia Friendly”

Considering the adverse effects video games can have on people with specific phobias, perhaps game developers should consider accommodating these players. Game devs can do this by implementing optional adaptations, in much the same way as they should already be doing for players with disabilities.

One way forward would be to include optional modes that delete or replace in-game models, NPCs, enemies, etc. that are common triggers. A “no spider mode” would be appreciated by arachnophobes. A “no snake mode” would likely be welcome for those suffering from Ophidiophobia.

This could also involve deleting all the spiders (or spider-like) enemies in the game. There are several ways a dev team could go about doing this. Firstly, they could substitute the spider-like foes with another existing in-game enemy type. For example, in Half-Life the spider like Headcrabs could perhaps be replaced with Houndeyes, and the Zombie men replaced with Vortigaunts.

This may involve extra work on the part of the developers, but this extra effort may pay for itself in both increased sales and a boosted reputation. If this is not feasible, then devs should ensure the game is mod-friendly, so that the modding community can make suitable adjustments post-release.

Another option would be to make sections of the game with a high likelihood of triggering a phobic response optional. For example, the ‘Go Fish’ side quest in The Elder Scrolls IV: Oblivion discussed previously was precisely that – a side quest. The reward the player receives for completing it is not essential for completing the game. Failing the mission is not game-ending, and there is no penalty for refusing to accept the mission in the first place. You can safely complete the game without even talking to this quest giver. Therefore, Thalassophobes can simply ignore this side quest entirely. This is an excellent example that other games should take note of.

Another option would be to allow players to alter specific in-game parameters. For example, an optional ‘full-bright’ graphics setting that banishes dark areas would be welcomed by Nyctophobes and Scotophobes (people with a pathological fear of the dark). An infinite flashlight, flaming torch, etc. option will negate the fear of being left in the dark should the player character’s torch run out.

Likewise, a “clearwater”’ graphics option, which reduces the distortion created by the water and allows for an unlimited draw distance, would aid those with Thalassophobia.

If developers are uncomfortable with adding these to the in-game main menu options, then they should ensure they are accessible by in-game console commands. What these commands are, what they do, and how the player can access them should be easy to find, for example on the developer’s website and/or the documentation shipped with physical copies. Console commands should always feature both “no_clip” and “God_mode” options to allow players to bypass sections of the game they simply cannot bear, and they even have the added bonus of making it possible to get around game-breaking bugs.

It should be a relatively simple matter for those in the gaming industry to engage with the phobic community to find out what would be useful to them – there are enough forums on the subject. I suspect that currently, a game’s possible effects on phobics isn’t something that crosses most game worker’s minds, and thus it is not part of the design process.

What Players Can Do To Overcome In-Game Phobias

If you or someone you know is experiencing problems such as these, there are several things that a player can do themselves to ease their symptoms. Many of these adaptations aim to deliberately break the game’s immersion and thus lessen the fear response.

To combat the fear caused by isolation the following could be attempted:

Interestingly, some gamers have actually attempted a form of self-imposed exposure therapy, with varying levels of success, which brings us to…

VR allows clinicians to create virtual scenarios that would be difficult, dangerous, or prohibitively expensive to create in the real world. The UK based Norfolk and Suffolk NHS Foundation Trust (NSFT) has already started using VR as part of its treatment program.

Some video games and the game engines they run on are ideal ‘ready-made’ platforms which allow clinicians to create scenarios with zero risks, at minimal cost, and with total control over both the virtual space and the scenarios within.

Patrice Renaud and colleagues at the University of Quebec in Canada have experimented with using Half-Life 2 and Unreal Tournament in its phobia treatment programs.

Unreal Tournament’s many maps make it well suited to this. Maps with considerable verticality and sheer drop-offs are valuable in treating acrophobia, whilst it was hypothesized that those taking place in cramped underground tunnels might prove useful in the treatment of claustrophobia. Similarly, Half-Life 2’s many spider-like Headcrabs served as effective spider stand-ins to treat arachnophobia.

Results for treating acrophobia and arachnophobia look promising. However, the treatment of claustrophobia may require more extensive room-scale VR setups. It will be interesting to see if VR becomes more widely adopted in the field of phobia treatment in the years to come.

So, we have seen how video games can be used as an escape from a player’s fears, but we have also seen how video games can magnify them. We have investigated which phobias are frequently triggered by video games and why. We have identified some of the ways devs can make their games ‘phobia-friendly’. We have also seen what players can do themselves in the meantime to make their existing games more enjoyable – as well as how virtual reality’s heightened immersion can not only magnify phobias, but can also play a role in treating phobias for the same reason.

Phobias and video games is a sensitive but intriguing topic that perhaps deserves more research and attention than it has received to date. With luck, publishers and developers will begin to consider the needs of phobics as part of their design process so that their games can be enjoyed by all.

What phobia friendly practices have you seen in games, or would wish to see implemented more often? Have you or someone you know developed coping strategies to enjoy games despite suffering from phobias, if so, what are they? Have you received exposure therapy via video games or VR? If so, what were your experiences like and did it work? As always, feel free to share your thoughts and experiences in the comments section below.

Iain is a 40+ author and gamer from England, who started his gaming journey on the Atari 2600 36 years ago. He has a weakness for retro games, mods and the cult classics most people haven't heard of.

Since he is British, his body is about 60% tea.