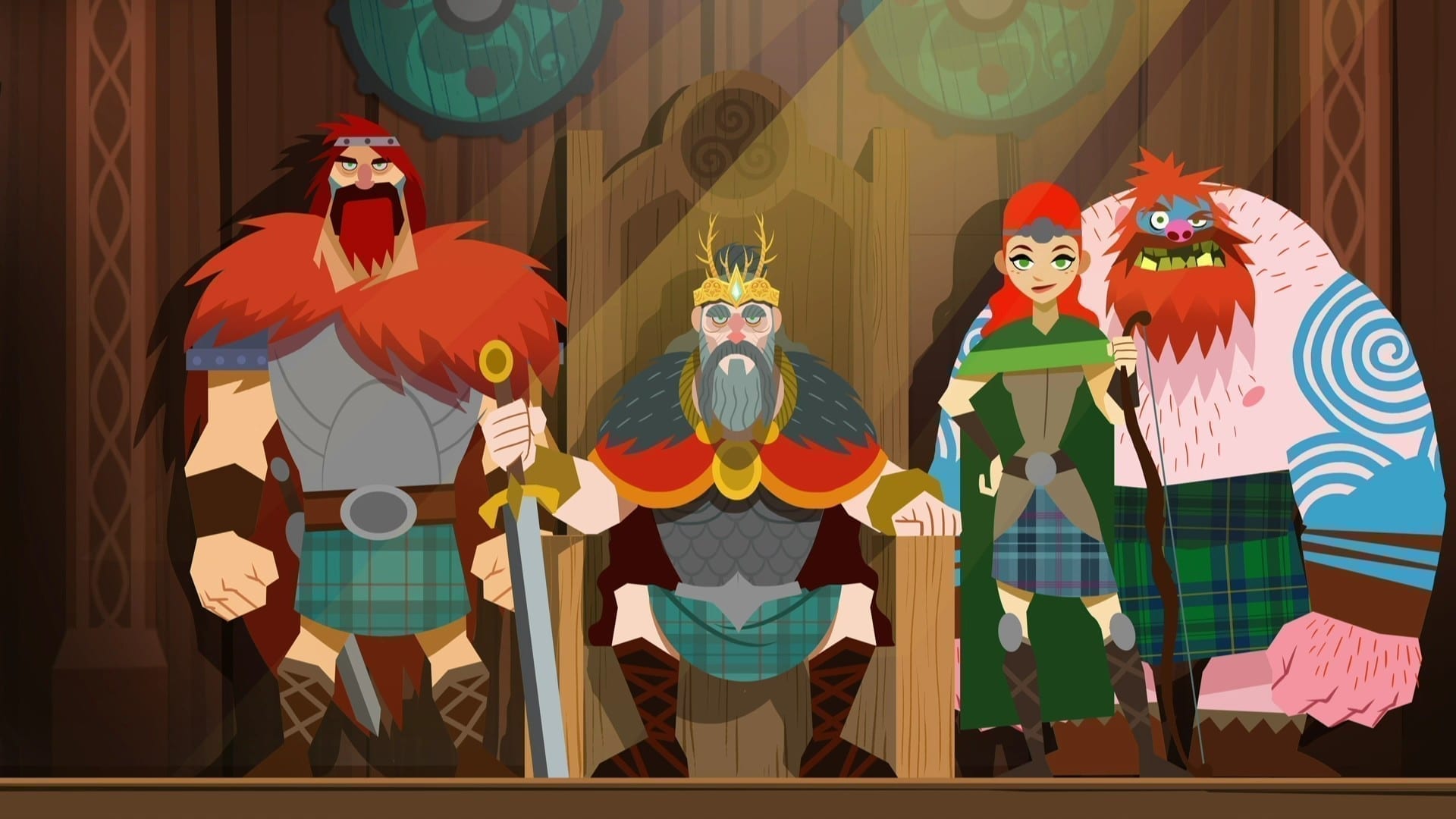 There is something to games where you control multiple characters in real time. Having to think fast, switch between them on the fly and use their strengths to solve the problems at hand, be they martial or mental. Secret of Mana, the Trine Series, The Lost Vikings – All excellent. So is it any wonder that Clan O’Conall and the Crown of the Stag, a game in which a trio of siblings must traverse a mythological landscape to fight demons and solve puzzles to rescue their kidnapped father from the queen of demons, would catch my eye? The answer is no. No it is not.

Clan O’Conall and the Crown of the Stag, by developer and publisher HitGrab, stars the three heirs to the O’Conall clan: Kilcannon the swordmaster, equipped with sword, shield, and spear, his sister Clakshot the huntress, armed with bow, bomb, and more jumps than her brothers, and their baby brother Haggish the Brute, armed with the beefiest arms of the trio, more health than either sibling and capable of smashing shields and scenery with ease. These three very distinct characters are under your control as you try and rescue their father and restore peace to the mythical land of Hibernia. Each sibling has their own strengths, and each one will need to be brought to bear as you hot swap between the siblings to navigate the trials in each level of Clan O’Conall (don’t worry, I’m done with the full title for now). But we’ll get back to gameplay and abilities in a second, let’s talk about the story, setting, and feel of Clan O’Conall.

The game’s setting is a mythical Celtic land called Hibernia, where generations ago the forces of clan O’Conall and the Farie Folk fought a great and terrible war. The war led to the leaders of both sides agreeing to a truce and lasting peace to stop the bloodshed, a peace symbolized by the titular Crown of the Stag which is worn by the chief of clan O’Conall, most recently Arden, father to Killcannon, Clakshot, and Haggish. Mother of demons, Caoránach, does not like this peace and sends an army of demons to attack the clan and steal the crown just as Killcannon returns home from a trip abroad. The plot then follows him and his siblings as they rush across Hibernia and the Fae lands beyond to rescue their kidnapped father and preserve the fragile peace between the two.

How are they going to do that, then? That brings us to gameplay. Clan O’Connal is an action adventure platformer, so that means that how the characters move, attack, and react is very important to how the game feels to play. On that account, O’Conall definitely delivers. Each character moves in their own way at their own speeds without anyone feeling sluggish, no one’s jump feels too short or too floaty, attacks come out swiftly and reliably, and character swaps happen in the blink of an eye. Each character moves and attacks uniquely, which makes each of them feel special and required in combat in addition to puzzle sections. But that’s not even the half of it.

See, O’Conall also has a levelling system. In every level there are a certain number of fairies to be collected, either by picking them up them like coins in a mario game, by defeating enemies, by finding secret collectibles, and by not dying during a stage. Get enough and you can give the O’Conall siblings levels and improve their combat and platforming skills. Each time you level a sibling, it takes more and more fairies to level them up, so it’s a good idea to spread the love around, even if triple jumps sound amazing – which they are, but still. Each sibling also gains additional skills as you progress through the plot, with Killcannon gaining a dash attack that can cut through vines and boost him through the air, and Clakshot gaining a grappling hook to swing from posts, among others. You can take these skills back to previous levels, so even if you’re not the best at finding fairies and secrets you can still make progress and gain levels.

I would be incredibly remiss if I didn’t talk about the game’s gorgeous visual style and beautifully rendered levels. The lineless animation style, where distinct color gradients rather than thick black lines distinguish shapes give the characters, monsters, and world both a vibrancy and an ethereal quality. The animation style itself is reminds me of Samurai Jack, which is to say it looks amazing and fluid even when it’s not moving.

The only thing I would want from O’Conall that it doesn’t currently offer is levels where the siblings must operate independently from each other. You get some of this in the introductory level, but what I mean is puzzle levels where instead of changing characters on the spot, all three were present on the level at all time so you had to navigate them through their own different paths through that level. Oh well, a man can dream. Maybe HitGrab will release a LostCeltics DLC somewhere down the line. Until then Clan O’Conall and the Crown of the Stag is still an amazing action platformer, out now via Steam.

Three fight as one in a Celtic inspired adventure