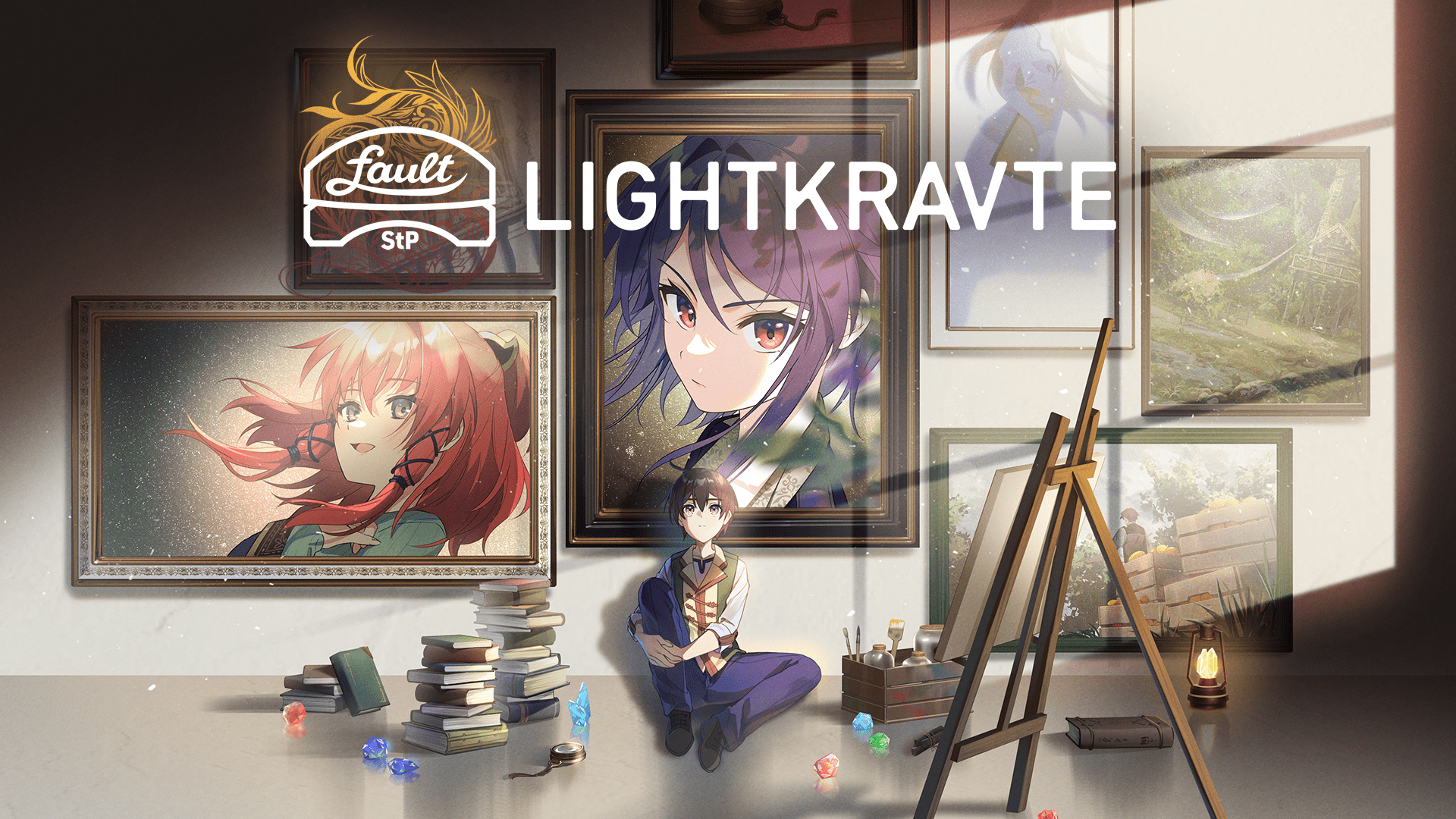 There are, generally,  two kinds of visual novels out there. The first kind are simply what they say on the tin – novels you can see. Words, images, background music, and that’s the whole show. And not to disparage this type of game – I love some of them, such as The Letter. Then there are the visual novel hybrids, where you’ll find the big stuff like Danganronpa, Zero Escape, The Somnium Files. Perhaps that genre is just Spike Chunsoft titles. Regardless, like its predecessors, Fault – StP – Lightkravte is very much the former type of game.

While there’s not much detail I can go into without spoiling the story, as there’s no gameplay to speak of, Lightkravte has an interesting enough premise with some truly exceptional anime artwork. Moreover, it’s what’s called a kinetic novel, meaning that the characters are actually animated over still backdrops. It doesn’t sound like much, but it makes a world of difference.

The story follows a teenage boy, Khaji, as he attempts to enter art school in a society where magic and technology meet to create a sort of utopia (dystopia perhaps!). Khaji is a miserably bad artist, and the character is hard to root for because his unrelenting ambition to be an artist lies in his desperation to find attractive women and have an excuse to stare at them for hours. Yes, it’s still anime. Don’t forget.

Also, if you’ve never before played a game in the Fault series,  you’re in luck – this is a prequel with no previous knowledge of the series required. In fact, there’s even a very handy dictionary tool you can access by hitting D that will bring up a list of all relevant terms and their meanings. I used it quite a few times, as I’m new to the franchise (although I’ve been aware of it). This is also the first Fault game in seven years, and Lightkravte feels like something of a reboot in that regard.

Lightkravte also features the usual expected tools from visual novels, but definitely commits to going above and beyond in providing a good experience to readers. For example, not only can you turn on the autoplay feature; you can also adjust both the speed at which the text appears and with which it changes with sliders. This was great, and after some tweaking it got it to hit my exact reading speed.

Overall, the characters are charming, the jokes mostly land, the kinetic art is very nice, and the music reminds me of some classic Square Enix JRPGs in the best way. I could swear at times I’m hearing something from Travers Town in Kingdom Hearts or a forest town in  Pokemon Colosseum. It’s just quaint, and it fits the mood perfectly. Besides my many issues with the protagonist, the only fault with Lightkravte is probably one that most fans would disagree with. There’s no gameplay to speak of, no puzzles, decisions, etc. If you know what you’re getting into, that’s awesome. If that doesn’t sound appealing to you, I’d skip it. I think Fault – StP – Lightkravte is a pretty niche game for a niche audience, and if you are part of that audience and know it, you’re gonna love the newest entry in this long running series.

If you're interested in the Fault series or kinetic novels with no gameplay, you're going to love it. If you're not a part of that niche audience, skip it.