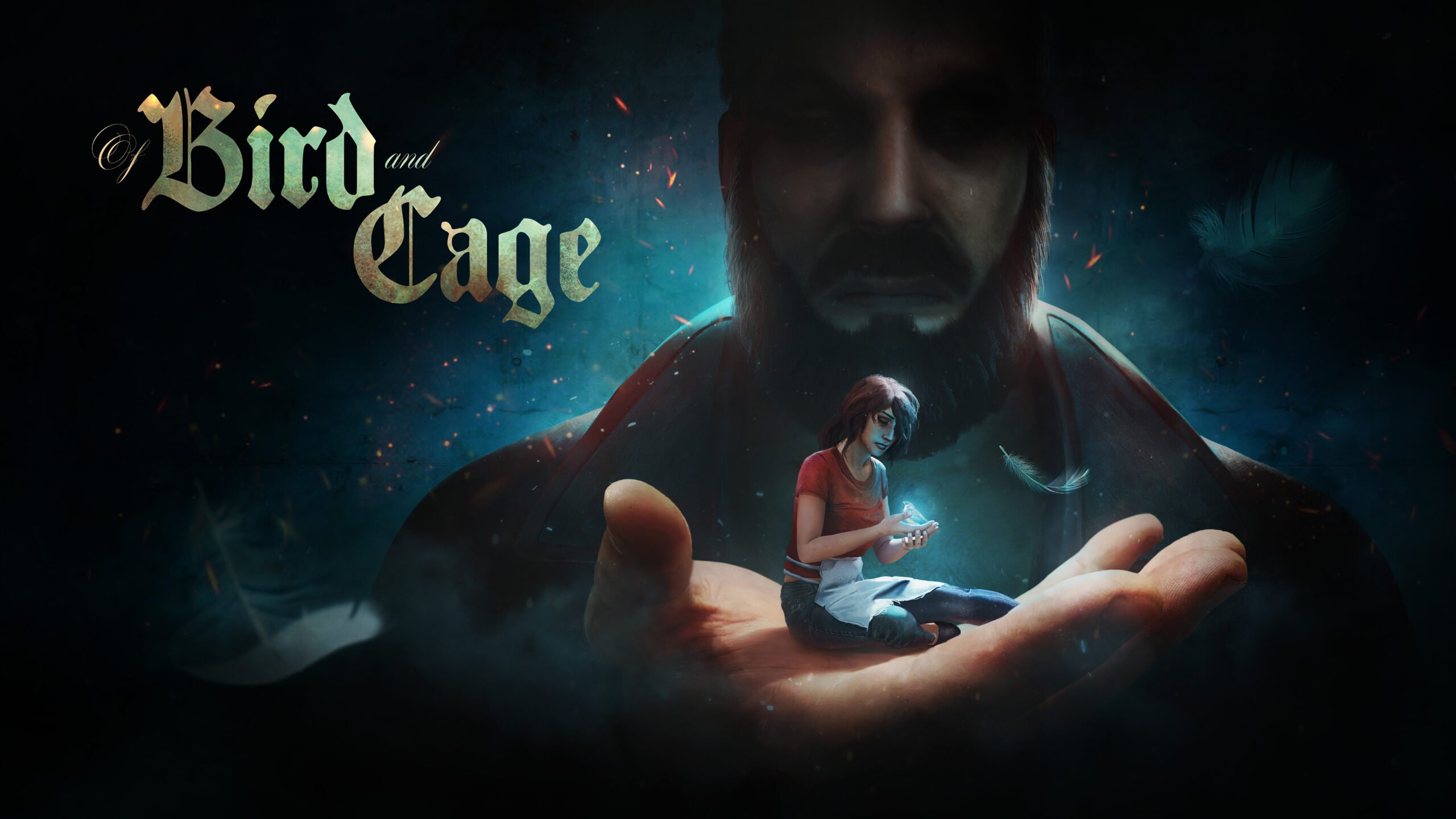 These days we rarely get to see innovative and new ideas in video games. It’s a huge risk for AAA companies, and it takes a lot of effort from indie developers. But the developers of Of Bird And Cage took on this task, and they delivered a truly new experience. Developed by Capricia Productions and published by All In! Games, Of Bird And Cage is a story driven game designed as a platform for the players to experience a metal album in an engaging and interactive way.

The game starts with protagonist, Gitta, as a small child, living through a traumatic event. We go forward in time to see her as a young adult, dealing with the aftermath of this trauma. The story deals with topics such as loss, abuse, drug addiction, and kidnapping. Gitta’s choices and actions eventually lead to her being kidnapped by someone from her past, and as she learns about her kidnapper and how their paths had crossed in the past, she falls in love with him. The inspiration from classics such as Beauty and The Beast is apparent in the way this Stockholm syndrome is played out.

The story is very grim and dark. The character goes through traumatic experiences, and our choices can lead to even darker paths. Finishing the game takes two hours, but playing the whole game from start to finish was too overwhelming for one sitting. These types of dark and sad themes are common in video games, but Of Bird and Cage takes it to a new level, especially with the symphonic metal soundtrack that compliments the emotionally intense scenes of the game.

Our choices and actions from the beginning of the game has heavy implications on how the story will progress and eventually, what ending we will get. There are multiple ways the story can end based on how we make decisions, and after we finish the game, we are kept wondering, ‘what if?’ This is a great motivation for the us to start over and experience different decisions and endings, and in turn listen to the music album over and over again.

Other than the choices that we make during the Of Bird and Cage, the gameplay and our success and failure also influences the story. The gameplay is a combination of quick time events and interacting with the environment, and in each chapter of the game, we have a certain amount of time to act. The time limit is the length of the song playing on each chapter, which gives the game a very natural and smooth flow.

Succeeding every task is very hard, especially in the first playthrough. It takes a while to get used to the quick time events and the physics of the environment to do everything we need to do in time. On top of that, the addiction element of Gitta’s personality adds a layer of difficulty by introducing hallucinations whenever she hasn’t taken drugs in a long time. These hallucinations make interacting with environment even harder, as we need to figure out what we need to do as the entire world is in flames and mystical birds are flying all around us. But failure is not a bad thing. We never get a do over if we fail at a task. Rather, we see the consequences and move forward.

The way the gameplay is designed, adds another layer to motivate replaying the game. At the end of each chapter we are kept wondering what would happen if we managed to do what was needed in time. Everything in Of Bird and Cage is designed to keep us coming back to the game, to experience every detail and every way the story could go. This is of course the core idea for representing a music album in the form of a video game. The way we get hooked on the music is if we get to listen to it multiple times, and experience deep and emotional scenes.

While the story is a motivational tool based purely on curiosity, the gameplay’s way of motivation might feel forced, and even frustrating at times. Gamers love challenge, but some elements of the game’s difficulty seem to stem from poor design rather than challenging design. Interacting with the environment and moving object is hard and glitchy at times, and with a miss timed jump to get to our destination faster, we might get stuck in a piece of environment and lose tens of seconds of precious time and watch as the song comes to a close before we get the chance to reach our goal.

Physics of the Of Bird and Cage‘s world is another aspect that comes short. While in a story driven game we don’t expect the world to feel completely realistic, there are moments when the way the world works takes away from the emotional depth of the scene we are in. There is a scene when Gitta confronts her alcoholic and abusive father, and we might end up in a fight with him. In this fight, after each punch, the father pushes Gitta back, and the way we are thrown in the air is so weird and cartoonish that it ruins the intensity and the importance of the encounter.

These frustrating moments are rare enough to keep us coming back for more, and we eventually can get used to them and look past them to discover every detail of the story, and enjoy the epic music that comes with it.

It’s not surprising for a game that is advertised as a metal album, to have amazing music. The tracks are symphonic metal songs featuring artists from popular bands such as Epica, Within Temptation, Evanescence, and Guns N’ Roses. In many scenes of the game we see the characters singing the lines of the song, which makes the game feel like an immersive and interactive music video. Of Bird and Cage seems like the next step in the evolution of music videos. The media that started decades ago with just the bands playing music in front of a camera, in recent years reached a point where music videos emerged as new form of art, combining the best of both worlds of music and cinema. And now, Of Bird And Cage took a leap forward by bringing in the interactive element of video games.

Of Bird and Cage is not a perfect game. There is a lot of unpolished elements in the gameplay and the world design. But the idea is unique and innovative enough to make it a worthwhile experience. We are used to music being a supportive element for video games, to add atmosphere and rhythm to the game, but with Of Bird and Cage the roles have changed. It’s designed for us to enjoy the music in a new way. I’d like to imagine a future where this way of presenting music becomes as common as music videos, and maybe at that point we can look back and see Of Bird and Cage as a breakthrough.

Of Bird and Cage introduces a new way of enjoying music in the form of a video game, and while the game has some shortcomings, the idea is worth exploring.