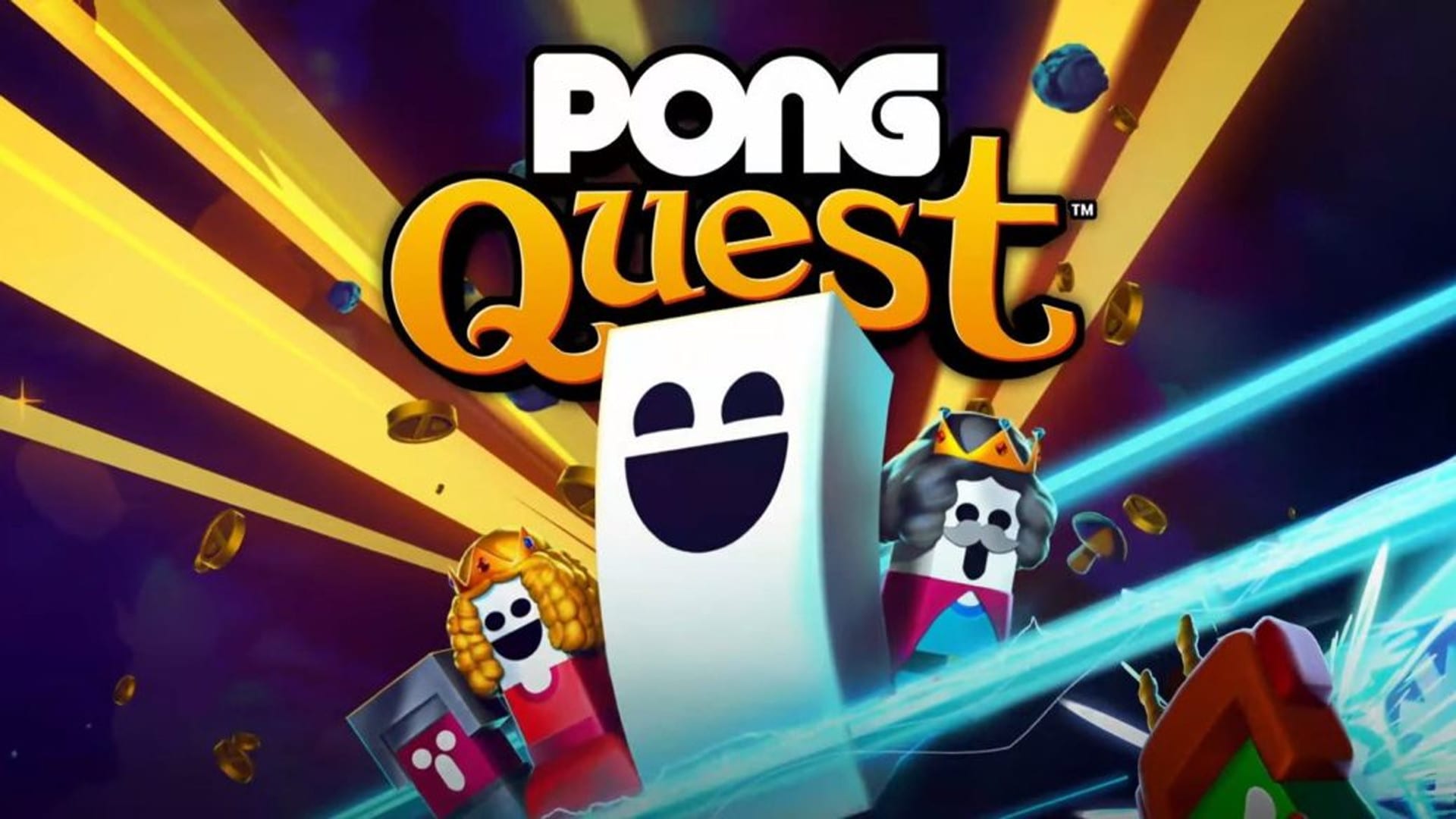 Without a doubt, one of the most iconic games in the history of video games has to be Pong. Since its release in 1972, Pong has been a household name in the medium. It’s been in arcades and living rooms across the country and is featured in a number of movies and TV shows. In the nearly 50 years Pong has been around, this two-player table tennis simulator has seen ports, remakes, spin-offs and updates. But with its simplistic premise, how far can the Pong idea be taken? Well, this year Atari and Chequered Ink decided to transform Pong from a simple arcade title into a dungeon-crawling RPG called PONG Quest.

PONG Quest opens with a rousing game of Pong. You play as a paddle on the left side of the screen. There’s a paddle on the right side of the screen, and there’s a small square ball going back and forth. You move up and down to ensure it doesn’t go past you and bounces back over to the other side. Where PONG Quest quickly deviates is that once your game is over, your living paddle is brought to the castle of King Pong and his right-hand man, Sir Pongsalot (who is actually named Derek). You start out as just a normal white Pong paddle with a big happy face but are quickly sent to the wardrobe to customize yourself. You can choose your color, hairstyle, accessories or clothing options to make your paddle feel like your paddle.

The story of PONG Quest is incredibly simple. King Pong wants to open The Spooky Door in his castle. The catch is that it requires four orb-shaped keys to open, so King Pong sends you, his intrepid recruit on an incredibly dangerous and exciting quest. You’re then tasked to save the kingdom from whatever evil is causing King Pong’s loyal subjects to suddenly hate him for some inexplicable reason. If there’s one thing that definitely brightens the overall PONG Quest experience, it’s the humor, and the charming yet simplistic visual style holds up nicely. The dialogue made me chuckle out loud pretty often, and the way the characters bounce around when walking is endearing to behold.

Like I mentioned PONG Quest is a dungeon-crawling RPG. Each area you enter is made up of randomized floors and you can run around from room to room collecting treasure chests or fighting enemies. The enemies in this game operate in a couple of different patterns. Some will try to chase you down, while some run around in a fixed path. Either way, getting too close to them will activate combat, which is, what else, a friendly game of Pong. Each paddle has an HP bar and each time you hit the ball, you’ll lose one hit point. Failing to hit the ball will take off a larger chunk, so it’s always best to take as little damage as possible. Once you or your opponent are on their last breath, they will go into a critical mode where their movements are heavily slowed down, and the only way to end the fight is to score an actual point by getting the ball past them.

It sounds incredibly simple, but there are also different types of balls that you can activate to try and give yourself an advantage. There are buff balls that will take away slightly more health from your opponent, ghost balls that will temporarily turn the ball invisible to try and trick up your opponent and potion balls that will slightly heal you. These are great additions, but I found a few that backfired on me. There’s a mushroom ball that just spawns mushrooms on the court that the ball will bounce off of. On more than one occasion, I’d have the ball suddenly bounce back towards me off of my mushroom in a way I wasn’t anticipating and wind up losing health. And of course, some are more useful than others. My advice is to always have potion balls on hand. Always.

Each encounter you win will get you experience, money, different types of balls to use in future fights and if you don’t already have them, some new cosmetic items to customize your paddle. The constant aesthetic rewards feel fantastic to collect. I gave my paddle a slime body and a sombrero so I could pretend it was made out of guacamole. When you earn enough experience, you’ll gain a level and get to choose one out of three randomly selected rewards. These can be things like increasing your max HP or increasing your inventory size so you can carry more types of balls at a time. Sometimes you’ll get options like fully healing your HP or just getting some money, and maybe those would be helpful when you’re in a tight spot, but they don’t feel like a substantial permanent upgrade like some of the other options. Your inventory is incredibly small, and you’ll probably be leaving the vast majority of the balls you win from fights behind. PONG Quest encourages you to use them, but there’s never a shortage of them. The double-edged sword of expanding your inventory is cycling through them to get to the one you want to use while also staying focused on the match can be a challenge in and of itself.

If you manage to make it through all the floors of an area, you’ll come face to face with the boss paddle. They typically have a lot of HP and a good supply of a unique ball type. These fights are pretty tough, but I had a lot of fun playing against them, and few things felt better than getting the ball past them to take out a huge chunk of their HP bar. If you fail to beat the boss or an enemy in the dungeon, you’ll be sent back to the main castle and you’re free to try that area again. Of course, the floors will all have a new layout, as most roguelike dungeon crawlers do.

PONG Quest is a moderately fun title, and it certainly does do something unique with the simplistic concept that is Pong itself. The main draw of the game is just playing Pong, and you’ll be doing a lot of that since the RPG mechanics in this game make it a bit grind-heavy at times. There’s nothing particularly unique or exciting about the dungeon-crawling aspects themselves. Now and then, you’ll find rooms that have puzzle mini-games for you to try and solve or NPCs that will give you a prize if you fulfill a specific condition, like finding the exit without fighting any enemies, but at best these are a minor distraction. Outside of the single-player campaign, PONG Quest offers multi-player options for both modern and classic styles of Pong, so that’s nice if you and a friend want to play a few games of old school Pong.

While are definitely positives to PONG Quest like the humorous story,  character customization and most aspects of the Pong matches themselves, the game is also bogged down by simplistic, monotonous dungeon-crawling, way too much emphasis on grinding to try and stretch the playtime out and an inventory system that fails to have any positive outcome. You’re either constantly leaving items behind, or trying to juggle your inventory in the middle of a match, and neither option left me feeling satisfied with how the game was going. Perhaps a better option would be to limit players to an inventory of three in battle, but let us have a reserve stock that allows us to accumulate a nice cache of items in the event that we run out of a specific ball type.

PONG Quest is a pretty creative approach to this long-running franchise, and it’s presented in a way with a lot of visual and narrative charm, but the repetitive gameplay may make it difficult to stick with this one for an extended period of time. PONG QUEST is fun for a little while, but you may find yourself just playing a little bit at a time before putting it down and coming back to it later rather than trying to play through it like a traditional RPG adventure.

John reviewed PONG Quest on the Steam with a code provided by the publisher.

PONG Quest attempts to reignite the long-running franchise in a quirky RPG, but definitely has a few hiccups that stop an okay game from being a potentially great one.