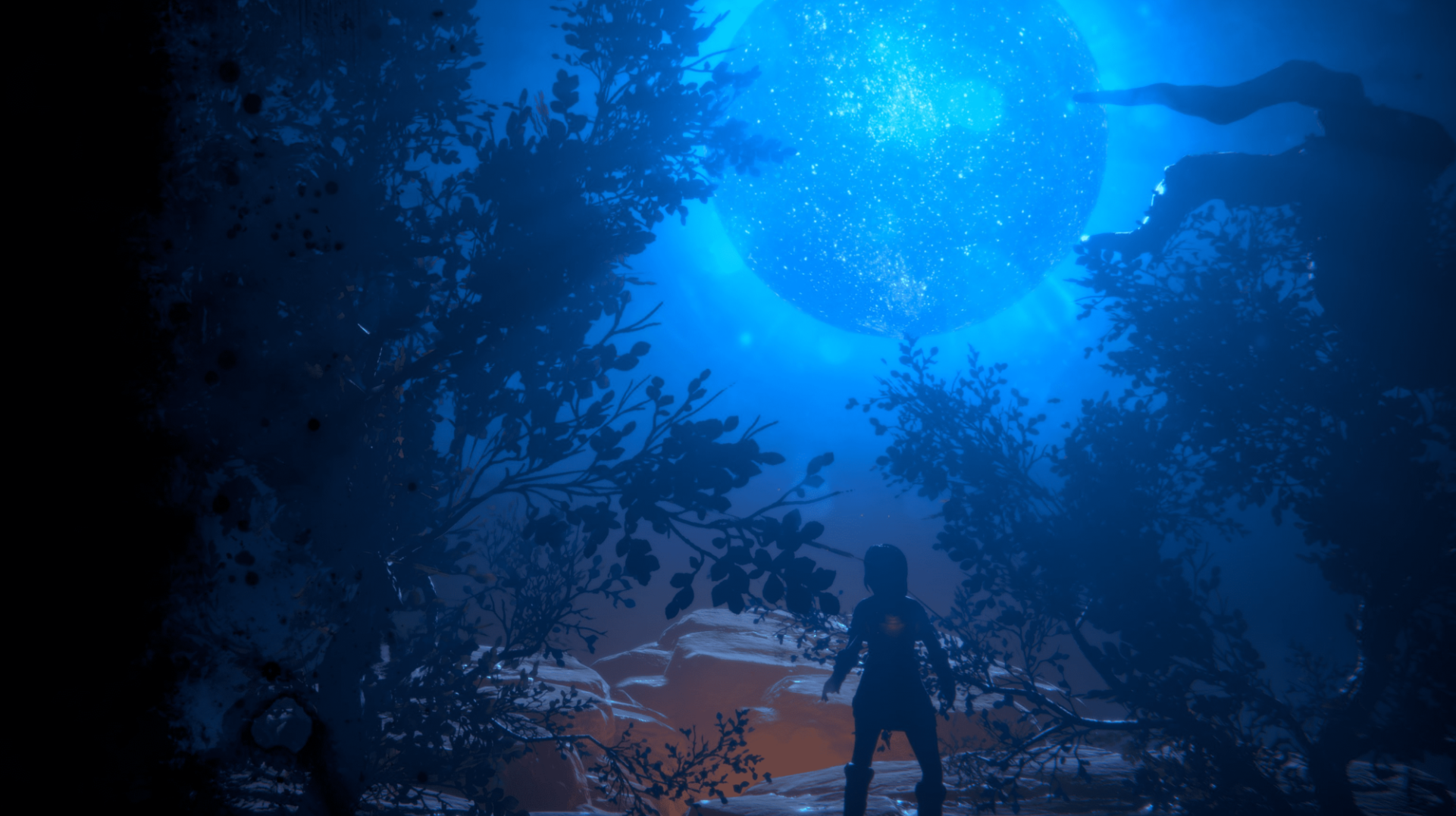 A world in peril, an alien invasion that stripped it of life long ago, and a lone hero trying to restore it to its former glory. This is the situation presented by Leonardo Interactive’s Seed of Life as protagonist Cora sets out from her isolated home with a dream to restore the literal life and light to her fading planet, inspired by a note left behind by her absent grandfather. What follows is Cora very quickly getting in over her head until she receives assistance from a mysterious alien ally named Nar who provides her with an unusual device – the Talisman – which can store and utilize Light Energy (Lumium) to allow Cora to see otherwise invisible objects, increase her speed, heal herself, and manipulate magnetism. Cora has to use these various powers to navigate the hostile environs beyond her secluded home, travel the world to restore the seeds of life and return light and life to her home.

Cora’s adventures take place in a lush and beautiful alien world that is, unfortunately, quite deadly, especially in the earliest potions of the game, where Cora has very little health and Lumium and must navigate from safe spot to safe spot, gathering solving puzzles, gathering Lumium, and gathering the abilities I mentioned above. While this makes narrative sense, it’s unfortunate that this is the first challenge Cora needs to face, as it makes the first few puzzles the absolute hardest in Seed of Life, especially given the health drain effect is largely dropped later on in the game, when Cora has enough Health, Lumium and Talisman powers to easily survive. It means the difficulty curve of the game effectively flattens out. Speaking of flat, let’s discuss another down point for the game – the voice acting.

Now, there’s not a whole lot of voice acting in Seed of Life, but what it does have is fairly hit or miss, and in the case of Cora’s voice actress, largely miss. Her deliveries are very wooden and forced. By contrast, Mysterious Alien Ally Nar sounds much more natural and expressive. Cora does get a little better as the game goes on, but Leonardo Interactive really ought to have put more time and effort into Cora’s voice overs. On the subject of minor niggles, the platforming in the game is a bit hit or miss, with Cora’s jumps and animation feeling floaty and a little inconsistent, and the addition of the death counter in a later patch just seemed like a bad idea, especially given how lethal the starting area of the game can be if you don’t do things exactly correctly. Another bad idea was the inclusion of only a single save file. Given the game auto-saves at checkpoints, it might have been nice to have two or three so that one could re-try the more lethal early areas without having to erase one’s existing save.

This is not to say everything is bad. The world you must navigate is very well constructed, and looks suitably epic and alien, the strange plants and animals you encounter along the way fit the tone perfectly, the animations are quite well done and the story, while simple and straightforward, is effective at what it’s doing, and the puzzles are just about the right mix of intuitive and head scratching. My only ‘rage quit.’ as it were came when I was literally unable to solve a puzzle due to somehow locking its controls, a bug I was able to find a workaround for on my own and which has since been patched.

In all, I’d say that Seed of Life feels like it’s like 80% to 90% of where it needs to be. All the content is there, but it hasn’t been given quite the amount of polish it needs to truly shine, or perhaps I should say bloom. If you can overlook the rough edges, you’ll find a lot of fun puzzles, an alien world to explore, and a pretty good story, even if the voice acting needs work.