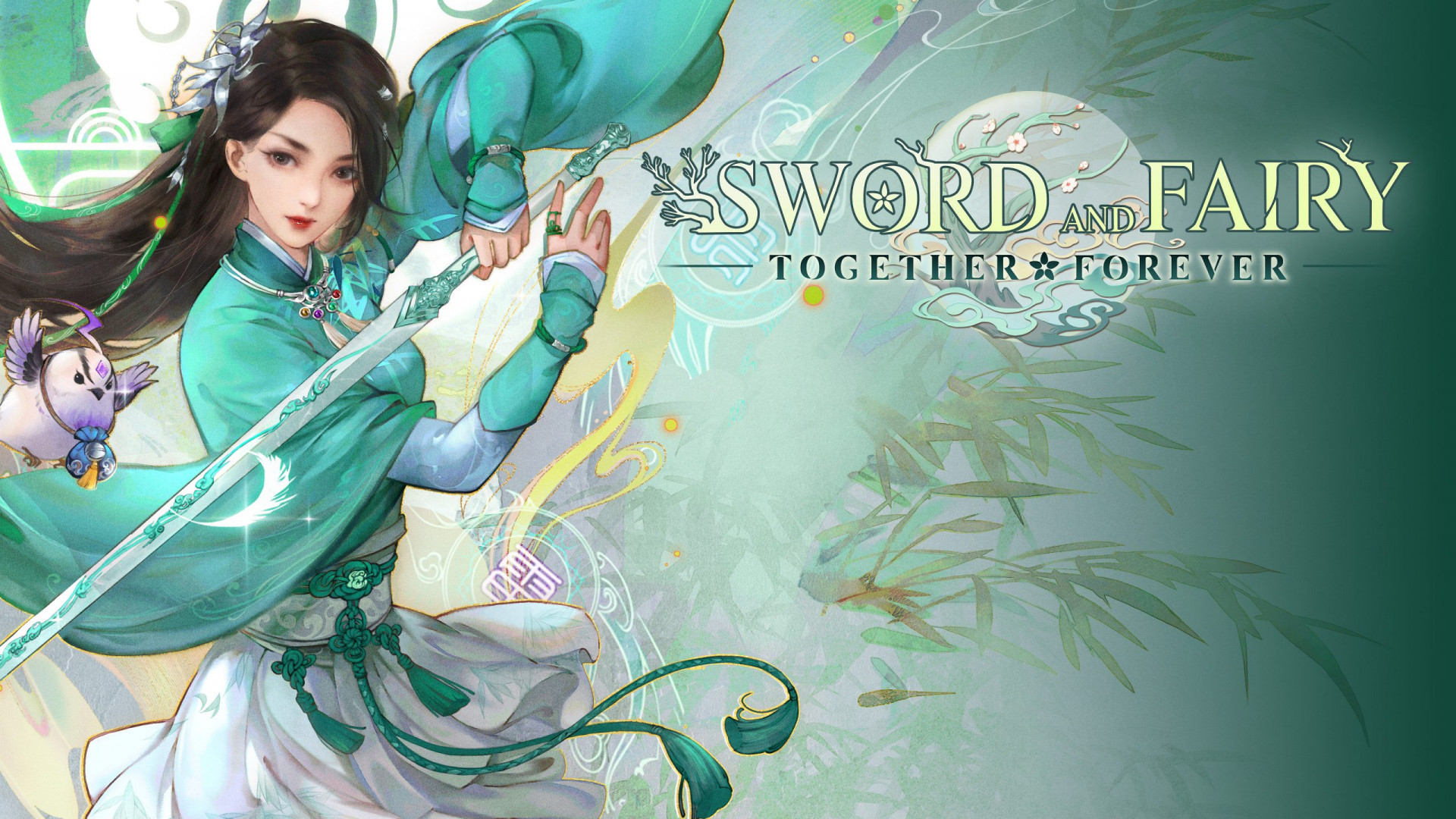 Sword and Fairy is a heavily story driven action-adventure game about a young group of heroes stopping the dubious acts of the Heaven Demons. Developed by Softstar and published by EastAsiaSoft, Sword and Fairy: Together Forever is the next installment of the ongoing Sword and Fairy storyline, but is a great introduction for newcomers to the series. If you enjoy an interesting story sprinkled with bits of action, this may be the game for you.

Unfortunately, it was not the one for me. The story, while interesting, can feel all over the place at times. For a brief overview: a deity, Xiu Wu, was traveling through the Nine Realms to protect the area from demons, but a demon lord stopped him, took his realm-traveling sword, and sent him to the Human Realm, where his soul is linked with Yue Qingshu (the main protagonist is multiple of the Sword and Fairy series). While trying to get the deity back to where he needs to be, more demons attack the Human Realm, attempting to take the Chosen Child. The Chosen Child shouldn’t have been in the Human Realm in the first place, and what is with all these mythical monsters appearing, escaped from their confines in the Human Realm? There seems to be a deeper mystery at hand. Together Forever keeps avoiding its main point, however, and fills in the gaps with a lot of padding. The evil demon disappears and there’s nothing really to do until they show up again, so the main characters go and fight monsters here and there.

The standard gameplay is usually a series of cutscenes, narrative scenes, a small area to battle/explore, and then a boss battle. Be warned: Together Forever is mostly cutscenes. When you think you’re out of a cutscene, the game requires you to walk to a different spot to have a different cutscene. Sometimes when you’re out of a cutscene the characters are still talking, so their movement is cut in half to finish everything that needs to be said as you’re traveling to the next destination. Perhaps there needs to be less things said, though there is a lot of context needed within the story to make sense. Though I can understand why most of the story is cutscenes because if words were being spoken during combat, the story would be lost. The combat is fairly simple: there’s a light/quick attack and a heavy/slow attack. There are also special moves you can perform. While you are supposedly battling as a team, the teammates you don’t play as don’t cause any damage to bosses, but they do to lesser enemies. Healing is almost unnecessary, as a lot of the teammates will bring you back to full health.

When I first started playing Together Forever I was under the impression that upgrades were unnecessary. The RPG elements feel tacked on, like they’re there because a lot of games have RPG elements. Any loot or items gained from battles don’t feel too satisfying. At some point you will want to upgrade and it won’t be because the enemies are any more challenging; their moves are all predictable and limited. You’ll want to upgrade to make the battles go on faster. Because your attack power is theoretically weaker, so it will start taking longer and longer to drain an enemy’s health, to the point where battles become a chore. It may be due to my lack of comprehension, but there was a part in a boss battle where I couldn’t pass. The player needed to attack vines with “extreme poison,” but there was no ability the player had that was poisonous (one was “venomous,” but that didn’t work). After 20 hours of gameplay with a probable ten hours more, I had to stop because I couldn’t understand what to do. Hopefully this will be cleared up in a day one patch, or perhaps I’m overlooking something obvious (which is entirely possible).

Battles can be glitchy at times. Together Forever tries to sneak in quick-time events during a battle, but you’re sitting there mashing buttons, so typically you will miss the quick-time event because the game can’t catch up with your button presses. It’s disappointing to think after all the time waiting for a cutscene to finish, you go into these lackluster battles. Besides the bosses, enemies are copied and pasted randomly in the level, with no regards to pacing the player into a steady buildup. There were points in Together Forever where I would travel from boss battle to boss battle, which made no sense. The only thing that separated the two instances was 20 minutes of cutscene material. What a drag! The developers seemed to want to explain the intricate, detailed storyline, but could not figure out a way to have it flow during the gameplay. The story felt forced, causing random scenes of boss battles and cutscenes. There was no continuity between gameplay and story, meaning it never truly engrossed me. Don’t jolt me out of a cutscene just to fly across the map and start ANOTHER cutscene. Blackout the scene and show the characters appear at a different place. My comprehension for a story is different when watching something versus playing something.

Alright, I’m done riffing. The story IS pretty good once you slog through it. There are silly moments, cute moments, and an overarching narrative that will keep you going. Even though the world is linear without much to explore, the art department did a wonderful job at filling the space they were given. The artistic treatment given to the world and characters fit within the cultural personalities, mythologies, and beliefs that the story covered. Together Forever has a strong sense of self. While it was lackluster on the UI (it’s difficult to read the objectives and subtitles at times), the art gave the game a real sense of presence. The music should’ve been dynamic, but unfortunately it wasn’t, so the emotional aspects of the story fell on deft ears when the characters in the cutscene reflected on something sad while the looping soundtrack of the level jingled in the background.

While the story turned into something you’ll want to sink your teeth into, the combination of RPG elements and shoddy gameplay covers up how interesting and beautiful the world is.